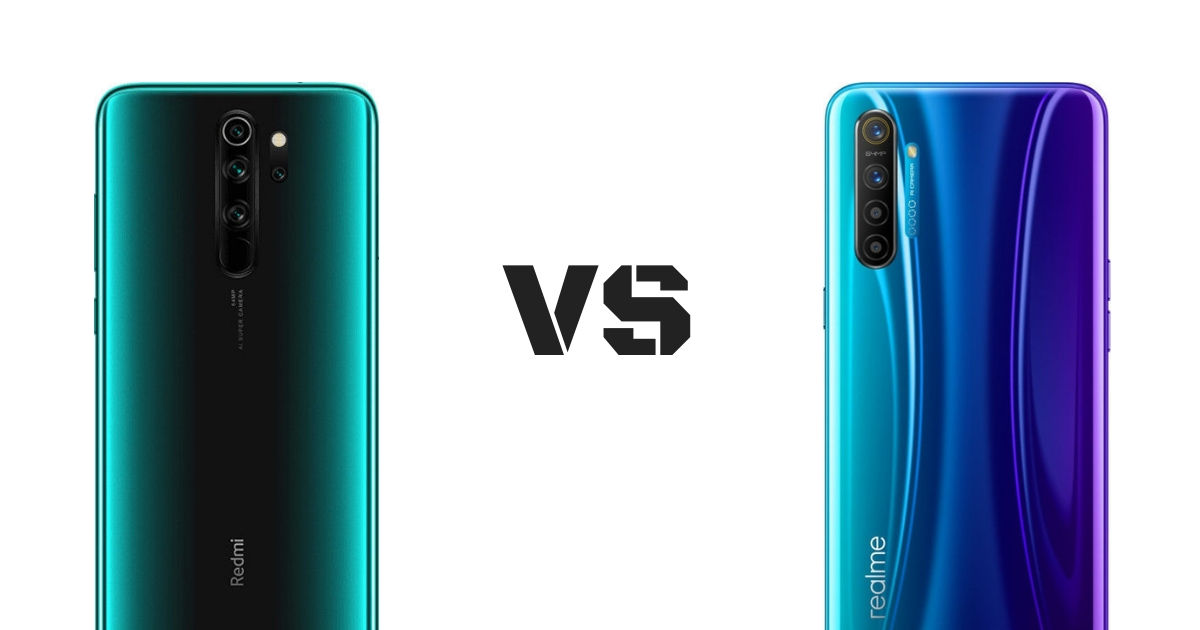 Megapixel wars are making a comeback, and no, this time around, they aren’t restricted to super-premium phones. Case in point: the Realme XT (review), the world’s first phone with a 64MP rear camera, and the Redmi Note 8 Pro (first impressions), which has just been launched in India and also boasts a high-res 64MP sensor. Both these smartphones have a lot more in common, including the fact that they ship with quad shooters on their backs. So it’s but natural to pit them against each other to see which one emerges as the best camera phone priced around the Rs 15,000 mark.

Before we begin the comparison, let’s get the specs out of the way. As prefaced, both these handsets flaunt 64-megapixel primary sensors with f/1.8 aperture, which in the form of the Samsung GW1. Interestingly, the other camera sensors are also the same, i.e. an 8MP ultra wide-angle lens, a 2MP macro lens and another 2MP shooter for portrait effects.

As far as the camera app is concerned, both the Redmi Note 8 Pro and Realme XT are loaded in terms of options on offer. However, the Note 8 Pro’s interface does seem more user-friendly with all the options neatly laid out on the front. The XT on the other hand, makes you take extra steps to capture macro shots, or images in 64MP resolution, for instance.

Now we know you’ve been itching to find out how these phones stack up when it comes to imaging capabilities, so let’s find that out.

PS: all the images have resized for the web, with the sample on the left captured by the Redmi Note 8 Pro, while the one on the right taken by the Realme XT. 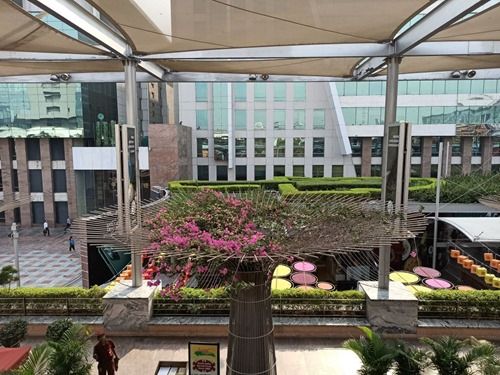 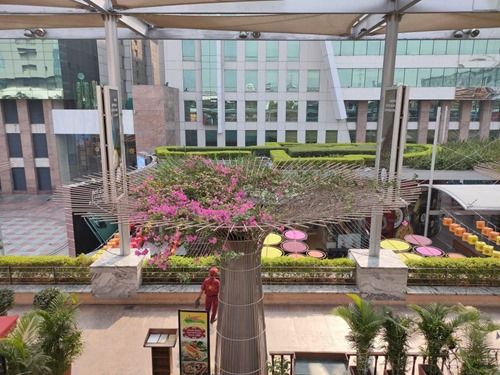 This is one of the most common scenarios for capturing a photo, and both smartphones do a fabulous job. However, Realme XT’s output seems to be more pleasing to eyes – all thanks to its preference towards oversaturated colours – something that will recur in this entire comparison. With that said, the image captured by the Note 8 Pro is more natural. When you zoom in however, the XT takes a lead and remains sharp even at the full resolution. 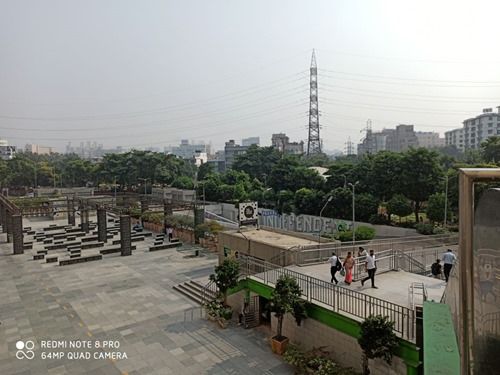 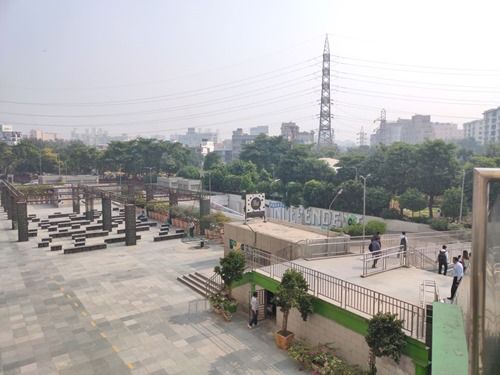 Both the Redmi Note 8 Pro and Realme XT captures 16-megapixel pixel-binned images by default, though you can opt to get 64-meg output. While the colour processing remains the same, i.e. the XT’s picture looks better to one’s eyes, the Note 8 Pro has more details. Even when viewed at 100 percent crop, the shot taken by the Redmi-branded handset doesn’t lose its sharpness. 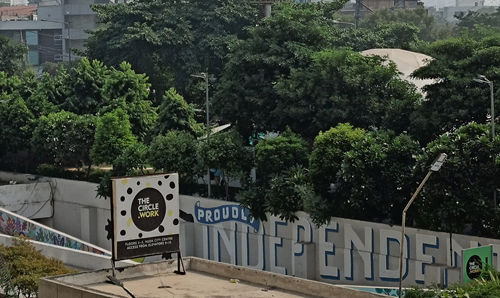 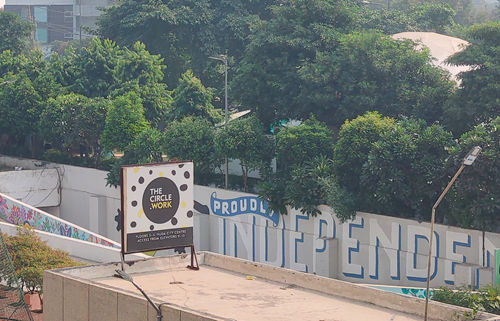 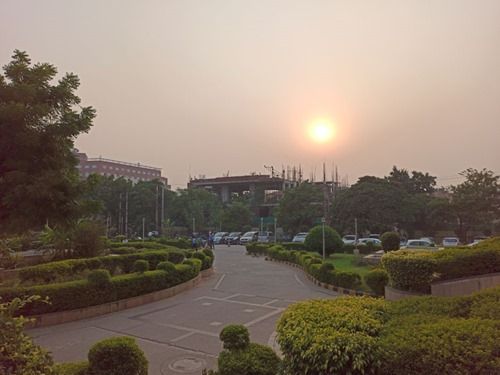 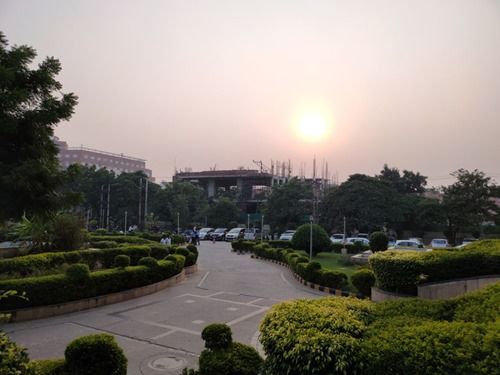 Now, this is a challenging situation for any camera, and also shows how the image processing on the devices differ. While the Redmi Note 8 Pro has managed to keep the exposure in check, the pictured captured by the Realme XT is, once again, more attractive, even though there’s a lot of flare around the sun. The XT comes out on top in terms of details too. 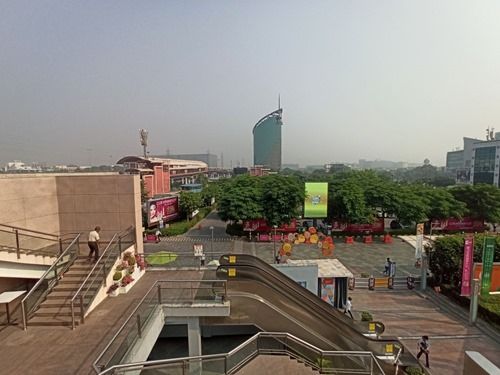 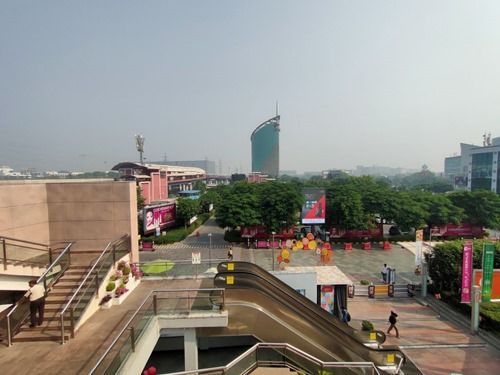 As mentioned above, both these smartphones feature dedicated ultra wide-angle sensors, rated at 8MP. In terms of the field of view, the Note 8 Pro and XT are at par, and the difference between them comes down to your preference between a more natural-looking output versus a vibrant one. The good thing is that both smartphones have managed to keep the fish-eye effect to the minimum and ensured good levels of sharpness too. 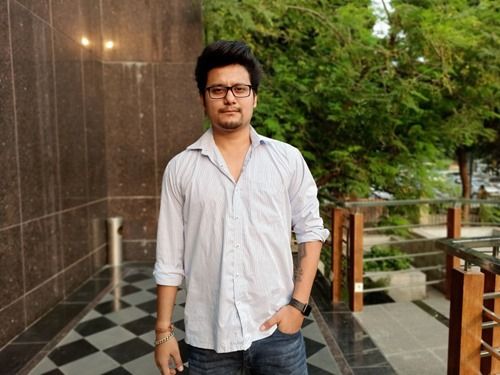 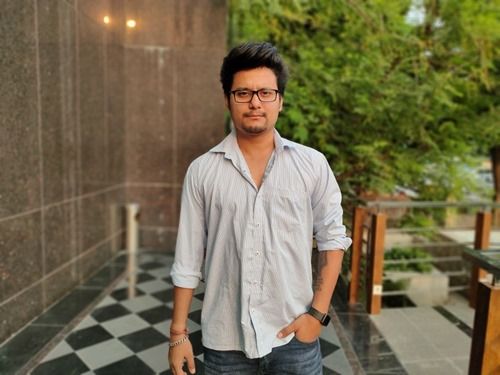 Just like previous shots, Realme XT’s imaging algorithms are tuned towards colours that are boosted, though in this case that goes against its favour. The face seems quite unnatural, though the depth effect has been captured really well and there’s no softening around the edges either. Note 8 Pro’s shot on the other hand, seems to be more balanced with its colour output. 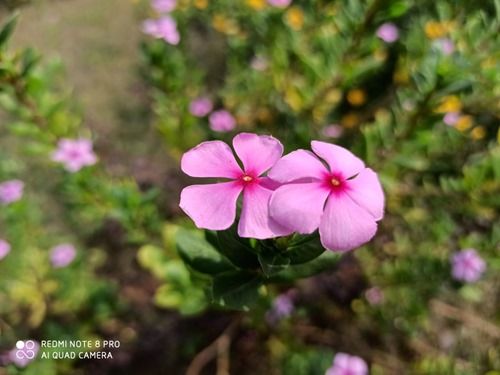 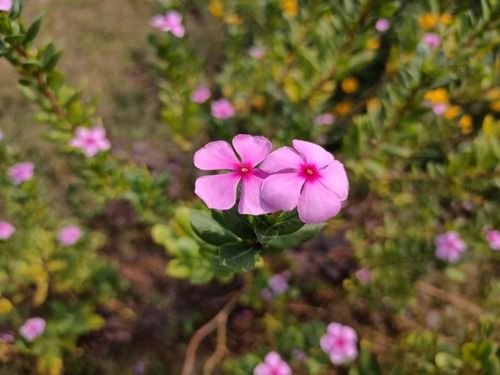 This is yet another scenario which happens quite often, and both Redmi Note 8 Pro and Realme XT ensure that you can get up close and personal with the objects. Even without using the depth-sensing unit, the pics have well-defined edges, though Realme’s colour science goes against it in this case. The shot looks quite unnatural, and hence the Xiaomi phone takes the lead here. 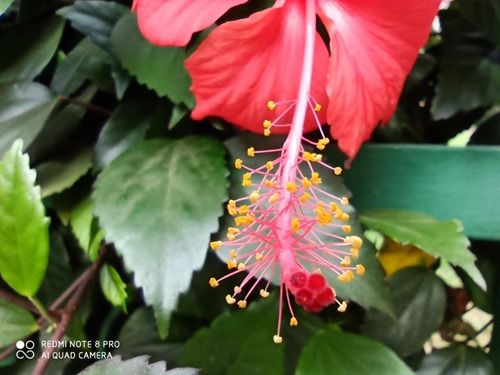 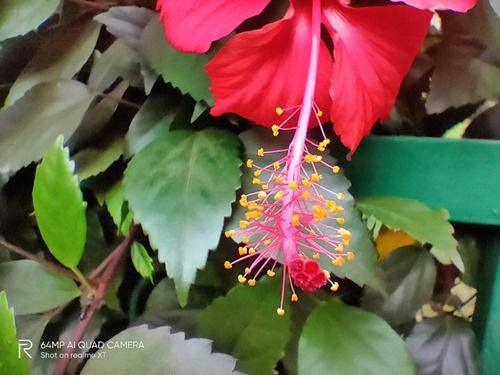 Speaking of close-ups, the Redmi Note 8 Pro can go really close, as it can focus from a distance up to 2.5cm, whereas the Realme XT can go as close as 4cm. However, similar impressions as the previous shot continue in this case too… both devices do an okayish job considering it’s a 2MP sensor, but the image captured by the XT looks artificial, while the Note 8 Pro has kept things as close to accurate as possible. Both phones offer decent sharpness too, but Redmi’s latest also has an added advantage of going closer to the subject. 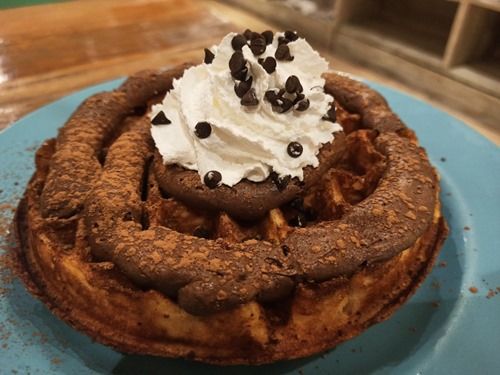 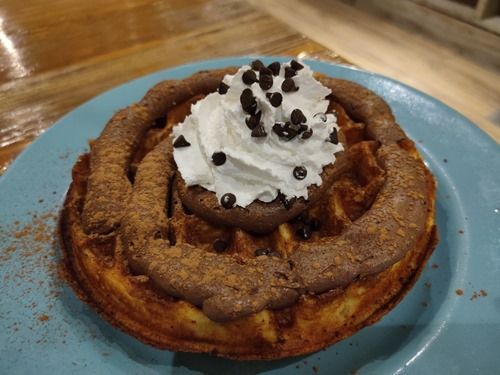 If there’s one shot that shows how the Redmi Note 8 Pro and Realme XT’s image processing differs, then this is the one. While Xiaomi’s latest has ensured that the waffle and its topping looks natural, the Realme phone has boosted the colours quite a bit, which makes it look noticeably artificial. In terms of sharpness however, the XT fares better. 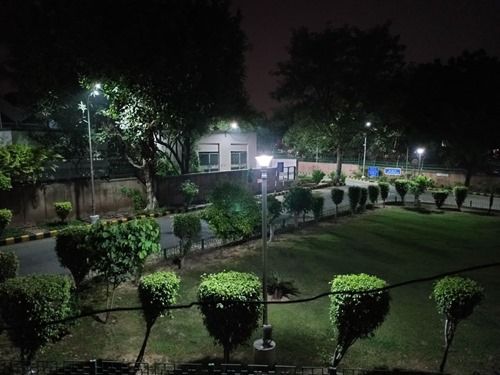 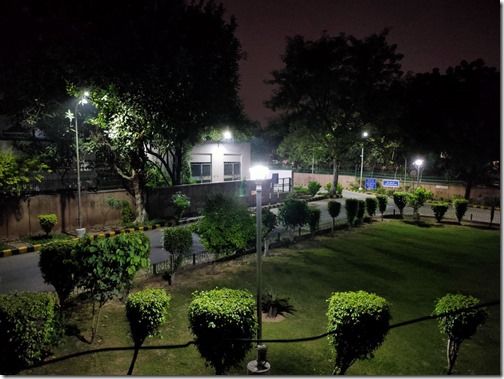 While we’ve come a long way with regards to phone’s imaging prowess, they still struggle in challenging lighting conditions. That’s why it’s important to see which of these devices has an edge in low light. Well, as you could guess, the XT one-ups its rival by offering reproducing better colours. And while you may not like the oversaturated output, the XT does keep noise in check, which in turn, results in higher levels of sharpness. 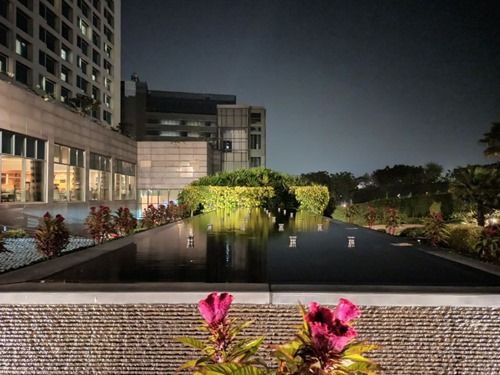 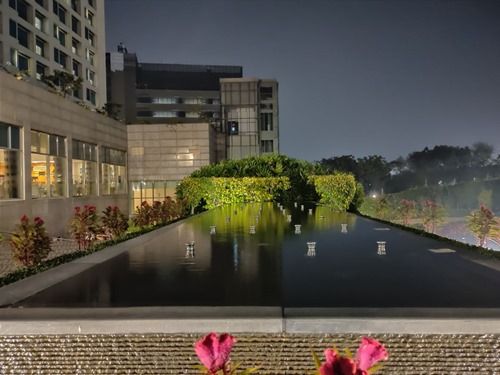 What started as a phenomenon in high-end phones have now trickled down to mid-tier handsets too. Both the Note 8 Pro and XT feature night modes, which captures a shot by increasing the exposure time. And yet again, the Realme XT simply blows your mind by delivering an impressive image without graininess. The Redmi Note 8 Pro isn’t bad either, but in comparison, the colours aren’t as pleasing and there’s a noticeable amount of noise too. 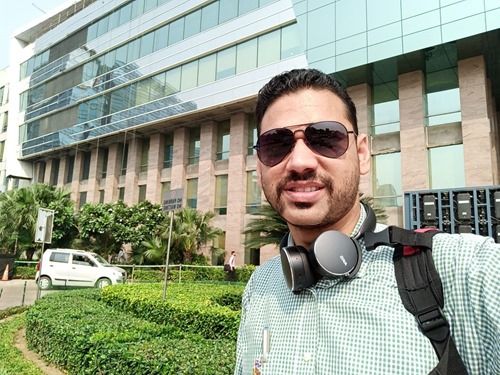 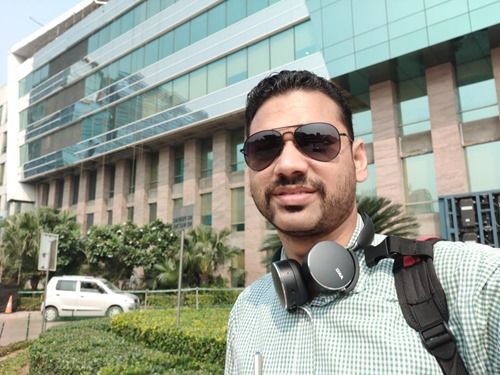 Realme has deployed the same colour processing for the front camera too, which results in mixed opinions. While it ensures good colours for the subject, the background is boosted quite a bit, which results in the artificial-looking image. The Redmi Note 8 Pro on the other hand, keeps things natural, and yet, it’s output ain’t as sharp despite having a higher-res sensor (20MP vs 16MP). While there’s the beauty mode at play in case of the XT (even though it’s completely disabled), the face looks better in contrast to the selfie captured by the Note 8 Pro.

Both the devices feature software-based bokeh effect too, and the verdict remains the same. In fact, the Note 8 Pro struggles with differentiating facial hair from the background. 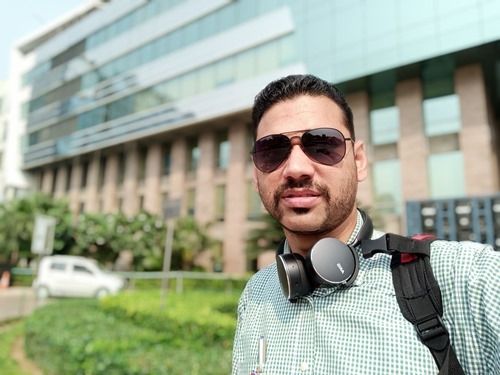 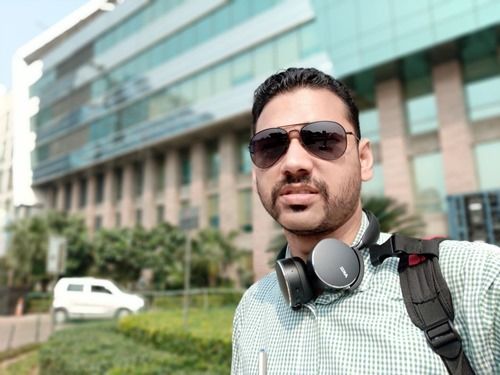 Phew. The comparison is quite close and it’s very difficult to adjudge a winner. Yet, it’s evident that if you don’t mind the over-processed colours, then the Realme XT beats the Redmi Note 8 Pro. That’s not to say that the Redmi Note 8 Pro isn’t a good camera phone. If anything, its natural output will definitely be appreciated by many, and its simple-to-use camera interface is also good for those who don’t want to go into the various menus for activating various features. So in the end, it boils down to what you are looking for…