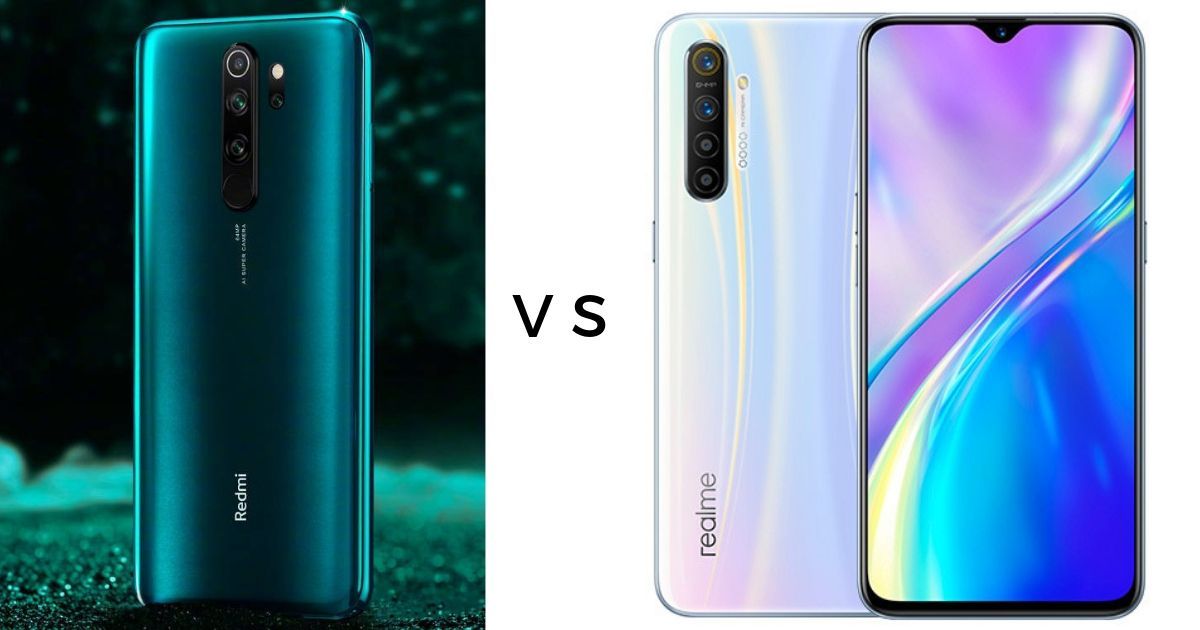 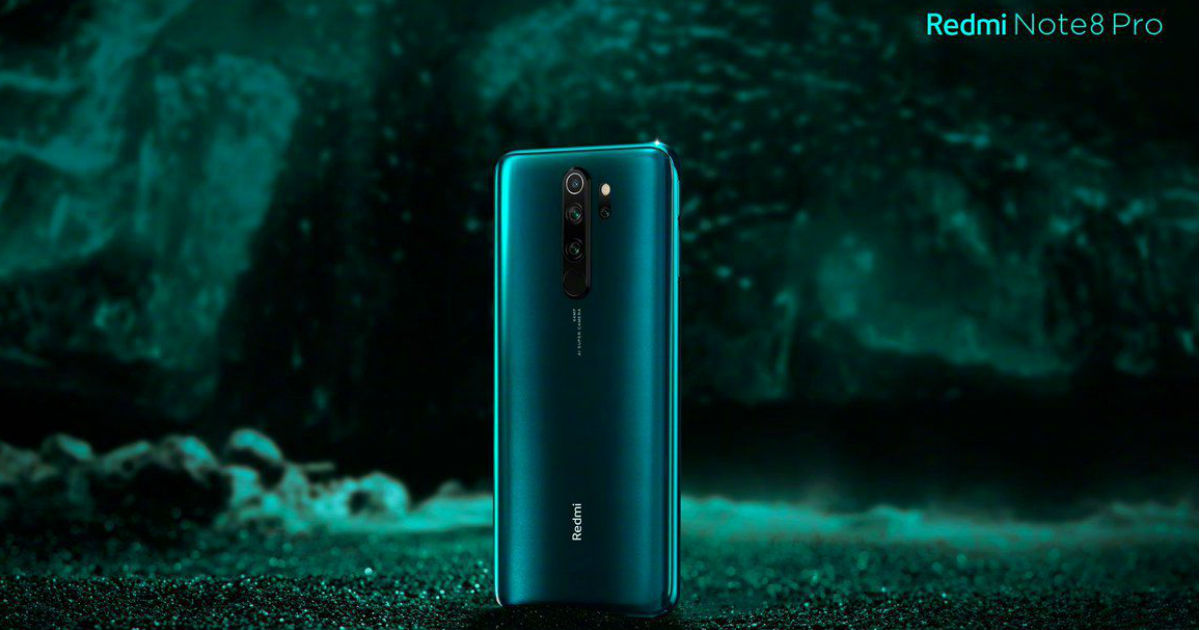 On the other hand, the Realme XT price in India is expected to start at around Rs 18,000. The company has not yet officially revealed the pricing for China either, but going by the specifications and its positioning in the Realme portfolio, it is likely it will start around Rs 18,000 for the base variant. The smartphone will come in 4GB + 64GB, 6GB + 64GB, and 8GB + 128GB configurations.

As mentioned earlier, the Redmi Note 8 Pro is Xiaomi’s first smartphone with a 64-megapixel sensor. The phone has a glass body and features a gradient finish at the back. It comes with a 6.53-inch FHD+ display with a tiny waterdrop notch at the top that offers 91.4 percent screen-to-body ratio. The Realme XT features a slightly smaller 6.4-inch FHD+ Super AMOLED display and gets a tiny waterdrop notch as well. The front and the back of the phone is protected by Gorilla Glass 5. The back has a slight gradient finish, similar to the Redmi Note 8 Pro. While the Realme model opts for an in-display fingerprint scanner, the Redmi handset has a rear mounted fingerprint scanner that is placed right below the camera setup. 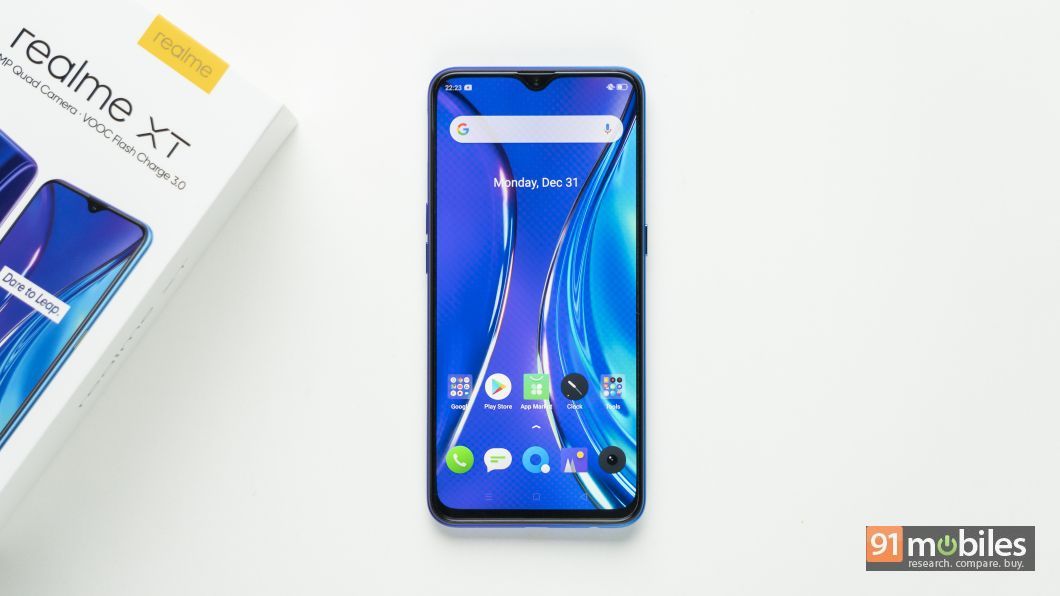 Coming to the internals, the Redmi Note 8 Pro is powered by the new MediaTek Helio G90T chipset, which is marketed as a gaming focused processor. Meanwhile, the Realme XT use as Snapdragon 712 chipset. Both smartphones offer a maximum of 8GB RAM and 128GB internal storage. The Redmi Note 8 Pro features liquid cooling tech to keep temperatures low while gaming hard.

In the camera department, both the Realme XT and the Redmi Note 8 Pro feature a quad-rear camera setup. The Realme XT comes with a primary 64-megapixel sensor, a secondary ultra-wide 8-megapixel sensor, 2-megapixel macro sensor, and another 2-megapixel depth unit. The camera setup is placed on the top left corner at the back. The phone doesn’t offer optical image stabilisation, but does get EIS for 4K video recording. You get features such as Nightscape for better low-light photography. On the front, the phone has a 16-megapixel sensor for selfies and video calling. 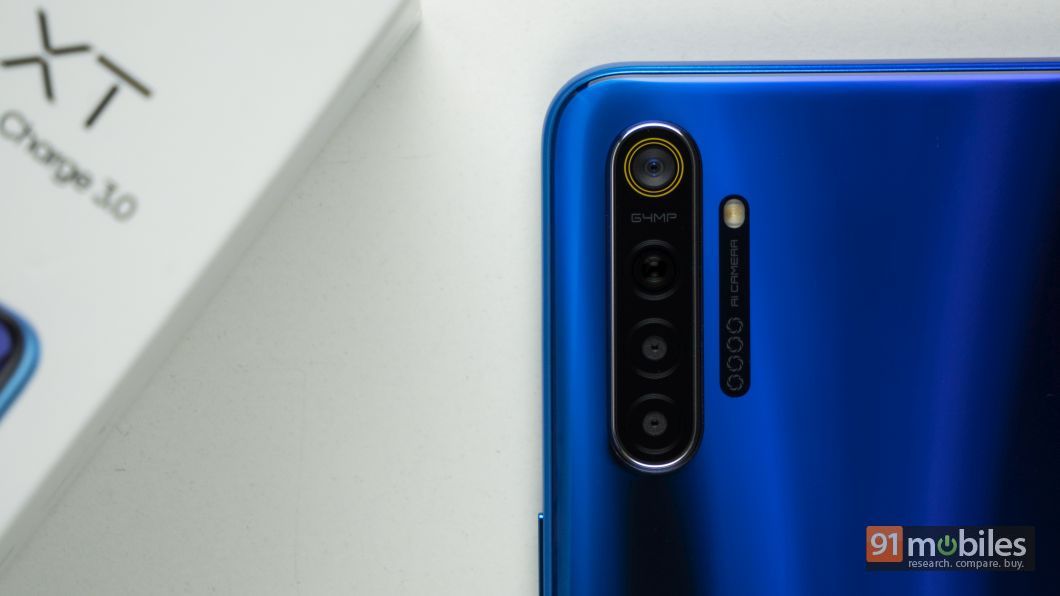 Both smartphones are similarly spec’d, but if you prefer Qualcomm over MediaTek and an in-display fingerprint scanner over traditional scanners, then you may want to get the Realme XT. However, the Redmi Note 8 Pro does come with a larger battery and the quad-camera setup is almost exactly the same as the Realme XT’s. The choice is yours but remember that the Realme smartphone will be unveiled in India late next month and hit the market by Diwali, while you will have to wait at least two months or perhaps even three to get your hands on the Redmi model.