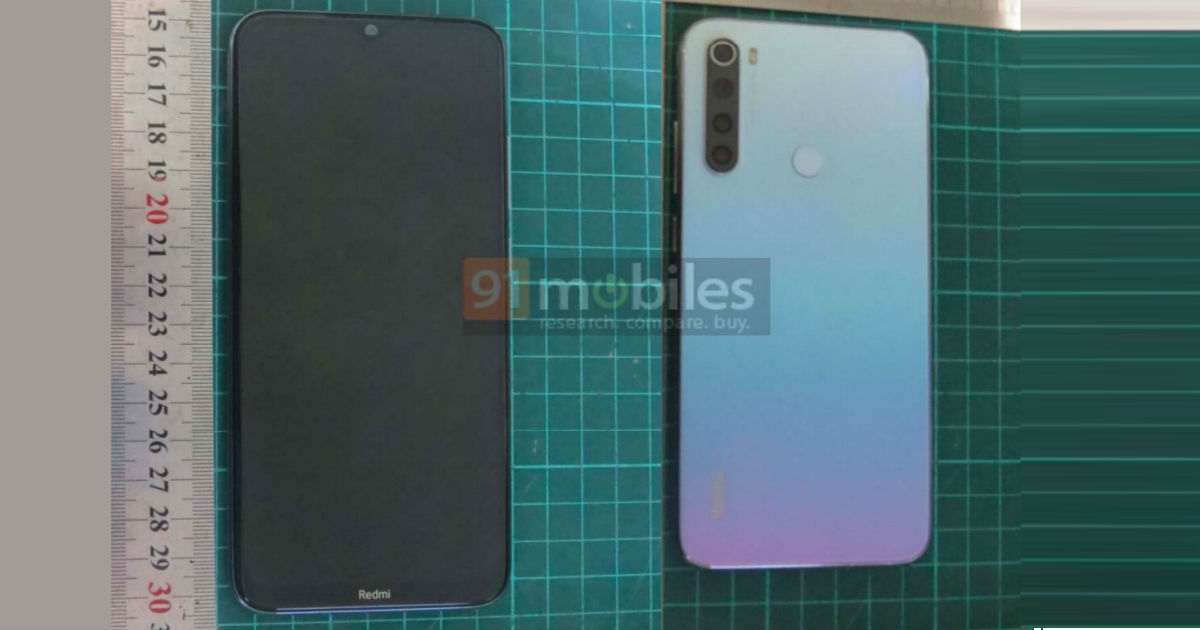 “Redmi Note 8 primary sensor is accompanied by a super wide-angle camera, depth of field camera, and a super macro camera”

Redmi Note 8 series is scheduled to launch in China on August 29th and this point, we know a good deal about the upcoming mid-rangers. Clueing us in on more details, the official Redmi Weibo account has revealed more information about the standard Redmi Note 8 smartphone. The most prominent upgrade over the Redmi Note 7 is the quad-camera setup, and it is now confirmed the primary camera on the successor is a 48MP sensor coupled with a super wide-angle camera, a depth of field camera, and a super macro camera. Unlike the Pro model’s design, the quad cameras on the Redmi Note 8 are arranged towards the top left.

The teaser poster also confirms the handset will be available in white-blue gradient colour option. Apart from revealing the Redmi Note 8 will have a 48MP snapper, the company’s head Lu Weibing also shared samples of the smartphone’s low-light performance. The executive also claims the daytime performance of this camera is impressive as well. It uses four-in-one pixel binning to produce a 12-megapixel image with 1.6μm pixel for night mode shots. While it was initially expected that the MediaTek’s Helio G90T would power both the Redmi Note 8 and Note 8 Pro, the former is now confirmed to ship with the Snapdragon 665 SoC, seen on the recently launched Mi A3 and Realme 5. 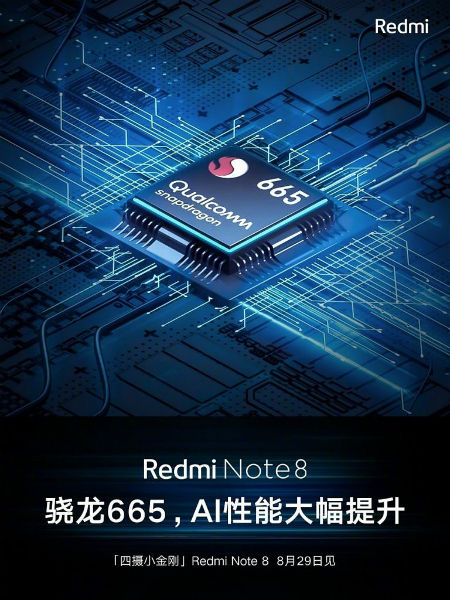 The display size, RAM, and storage variants of the Redmi Note 8 are yet to be revealed officially. However, looking at the teaser images, we can be certain that this is the same handset that was certified by the FCC a week ago. The FCC listing had revealed the smartphone will come in 3GB + 32GB and 4GB + 64GB variants, at least in the US. However, considering the Redmi Note 7 features the same configurations, we can be confident that these variant will be heading to China and India as well.