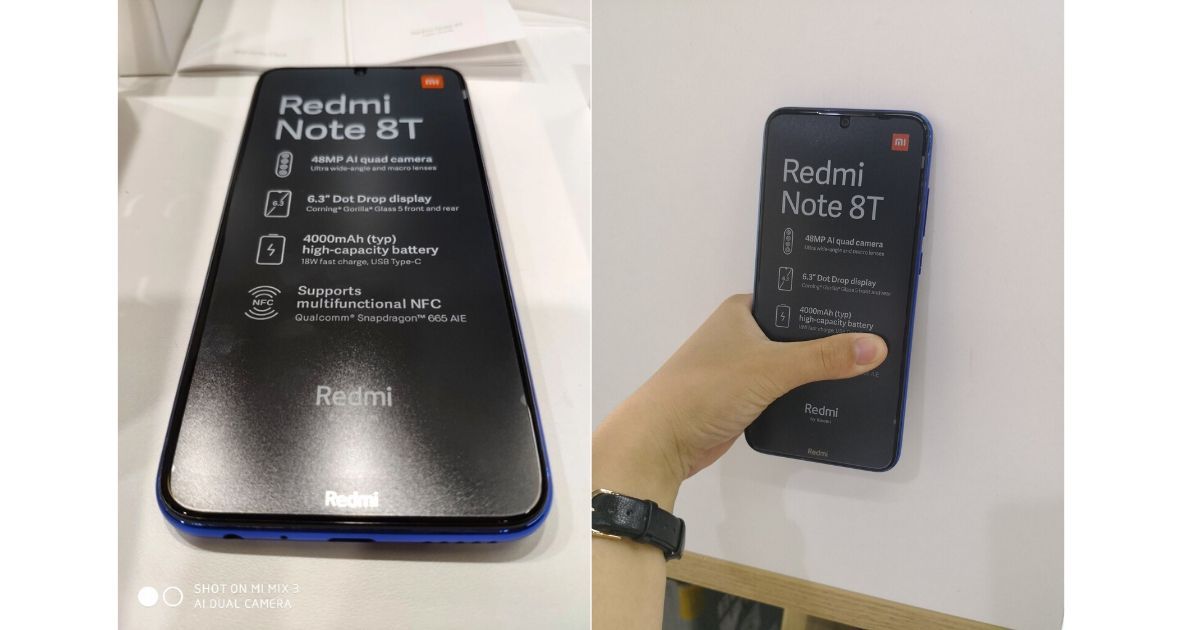 “The sticker on the handset’s display suggests that the smartphone will feature support for NFC, a feature that was absent on the Redmi Note 8”

Redmi Note 8T leaks and rumours have been gaining momentum over the last few weeks and now freshly leaked alleged live images of the handset have divulged some more information about the yet-to-be-launched smartphone. Just recently, the design elements and colour options of the handset were leaked in images and while we just had renders of the phone earlier, the live images seemingly confirm the handset’s presence. Notably, the sticker on the handset’s display suggests that the smartphone will feature support for NFC, a feature that was absent on the Redmi Note 8. 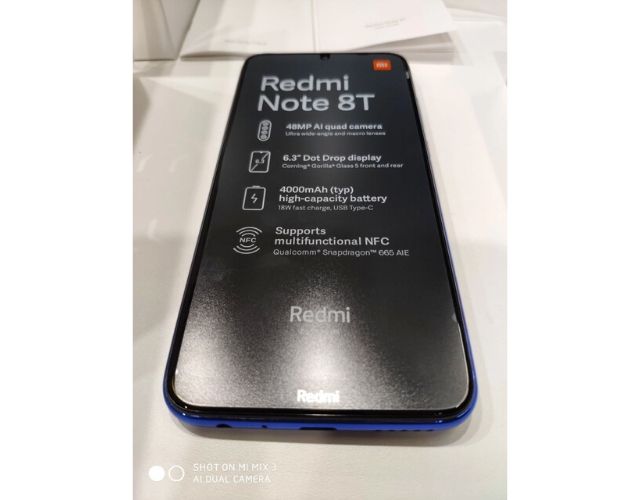 In the leaked live image, shared by Twitter user @Sudhanshu1414, the sticker on the handset’s display says that the phone features a 48MP AI camera, a 6.3-inch Dot Drop display, Corning Gorilla Glass 5 protection on front and at the back, a 4,000mAh battery with 18W fast charging support, and ‘multifunctional’ NFC support, thanks to Snapdragon 665 AIE. However, as we suggest with all leaks, it is better to take this one with a pinch of salt as well.

If we talk about the Redmi Note 8, the handset features a 48-megapixel primary camera, paired with 8MP + 2MP + 2MP sensors at the back. At the front, there is a 13-megapixel selfie shooter on top of a 6.39-inch full-HD+ screen. The phone features a Snapdragon 665 SoC, paired with a 4,000mAh battery with 18W fast charging support. The phone runs MIUI 10, based on Android 9 Pie.

Redmi Note 8T with Snapdragon 730G tipped to be in development