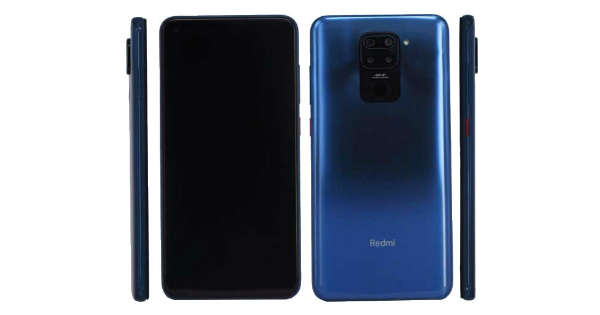 Redmi Note 9 looks set to launch in India following its global announcement on April 30th as it has now received the BIS certification in the country. To recall, the Redmi Note 9 Pro and Redmi Note 9 Pro Max phones were launched in India back in March 2020. The vanilla Redmi Note 9 is said to be a rebrand of the Redmi 10X that is expected to launch in China pretty soon. The Redmi Note 9 BIS certification, spotted by tipster Mukul Sharma, now suggests that the phone will find its way to the Indian market. While the exact launch timeline isn’t clear at the moment, it could happen soon after the lockdown is lifted, possibly alongside the Mi 10 series. 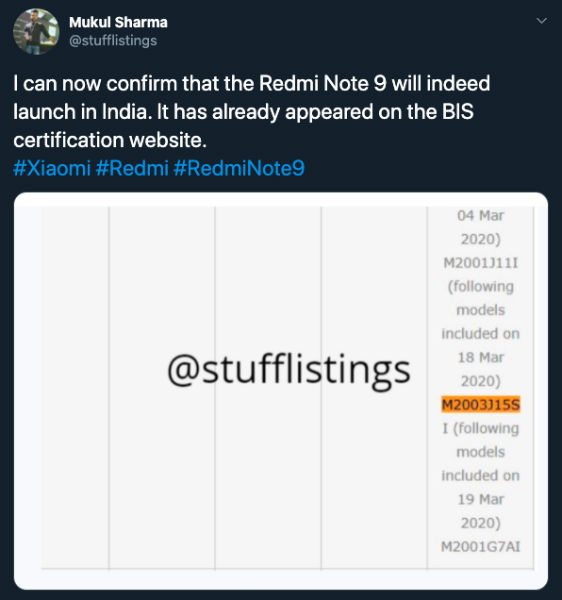 Redmi Note 9 specifications are expected to be similar to the Redmi 10X, which was recently spotted on Chinese certification site TENAA. The handset is said to flaunt a 6.53-inch full HD+ display with 2,340 × 1,080 pixels resolution and is expected to be the world’s first phone with the MediaTek Helio G85 SoC. It will be available in three variants: 3GB + 32GB, 4GB + 64GB and 6GB + 128GB storage that is further expandable up to 512GB via microSD card. It is likely to run Android 10 OS with MIUI 11 custom skin on top, and measures 162.3×77.2×8.9mm and weigh 198 grams.

As for the optics, the Redmi Note 9 will likely have a quad camera setup on the back much like the Redmi Note 9 Pro models. The camera system is expected to see a 48MP primary sensor, a wide-angle lens and a macro lens. The selfie camera will be placed in the punch-hole cutout at the top left corner. Connectivity features could include 4G VoLTE, Wi-Fi, Bluetooth 5, GPS + GLONASS, USB Type-C. The handset may pack a 5,020mAh battery and support 18W fast charging.