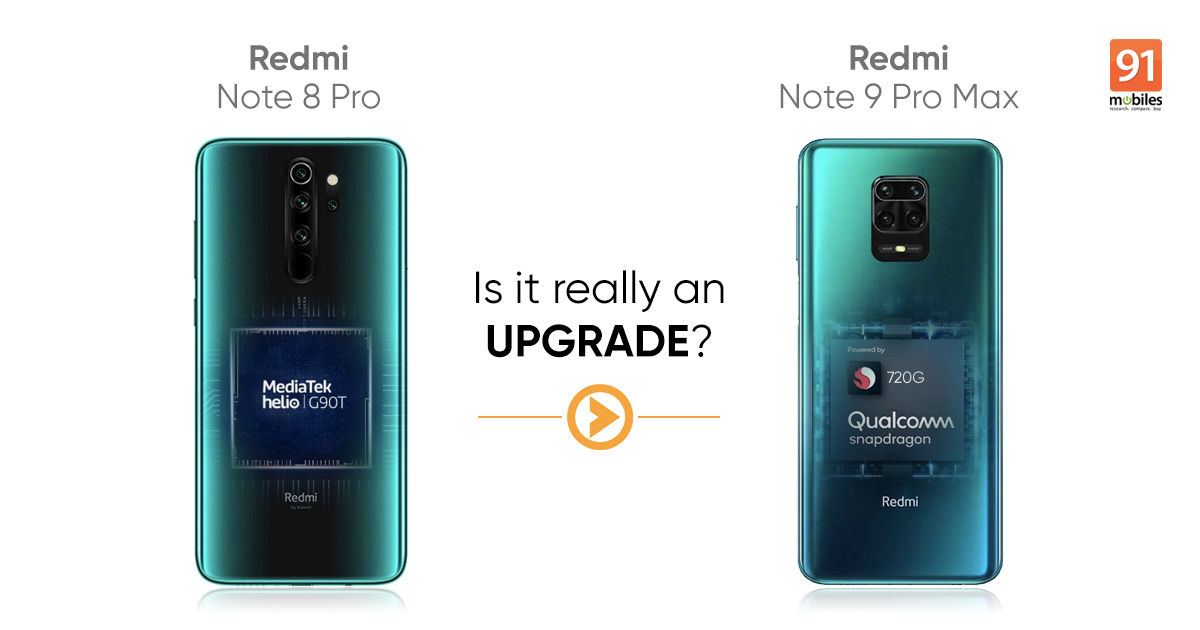 Here’s a look at the specs

The new Redmi Note 9 Pro Max packs a 6.67-inch punch-hole display with full HD+ resolution and has a Snapdragon 720G chipset ticking at its core. The handset is equipped with up to 8GB RAM and 128GB storage. For photography, the Note 9 Pro Max sports quad cameras with a 64MP main sensor featuring f/1.79 aperture, super stabilization, PDAF, slow-mo, and 4K video recording support at 30fps, an 8MP ultra-wide sensor with 120-degree field-of-view, a 5MP macro lens and a 2MP depth sensor at the back. The front of the phone sports a 32MP AI sensor for selfies and video calling.

If you compare these specifications with that of last year’s Redmi Note 8 Pro, they don’t seem much of an upgrade. The handset, to recall, ships with a slightly smaller 6.53-inch display that bears full HD+ resolution and uses a dot notch for the selfie camera atop. The screen is HDR-enabled, which translates into a better viewing experience while watching HDR videos. The handset is powered by MediaTek Helio G90T chipset, which boasts better Antutu score than the Qualcomm Snapdragon 720G chipset. The phone rocks quad rear cameras that house Samsung’s 64MP GW1 as a primary sensor, paired with an 8MP 120-degree ultra-wide lens, a 2MP macro lens, and 2MP depth sensor. For selfies and video chats, the Redmi Note 8 Pro sports a 20MP shooter on the front. Also worth mentioning is the fact that thanks to the MediaTek Helio G90T chipset, the Redmi Note 8 Pro boasts support for the MediaTek HyperEngine Game Technology. This technology boosts the gaming experience, and helps makes gameplay smoother. Gaming on the Redmi Note 8 Pro is further aided by the presence of liquid cooling, a feature which is missing in the Redmi Note 9 Pro Max. Furthermore, thanks to the G90T chipset, the Redmi Note 8 Pro also support dual wake-up words, letting you enable both Google Assistant and Amazon Alexa voice assistants on the device. 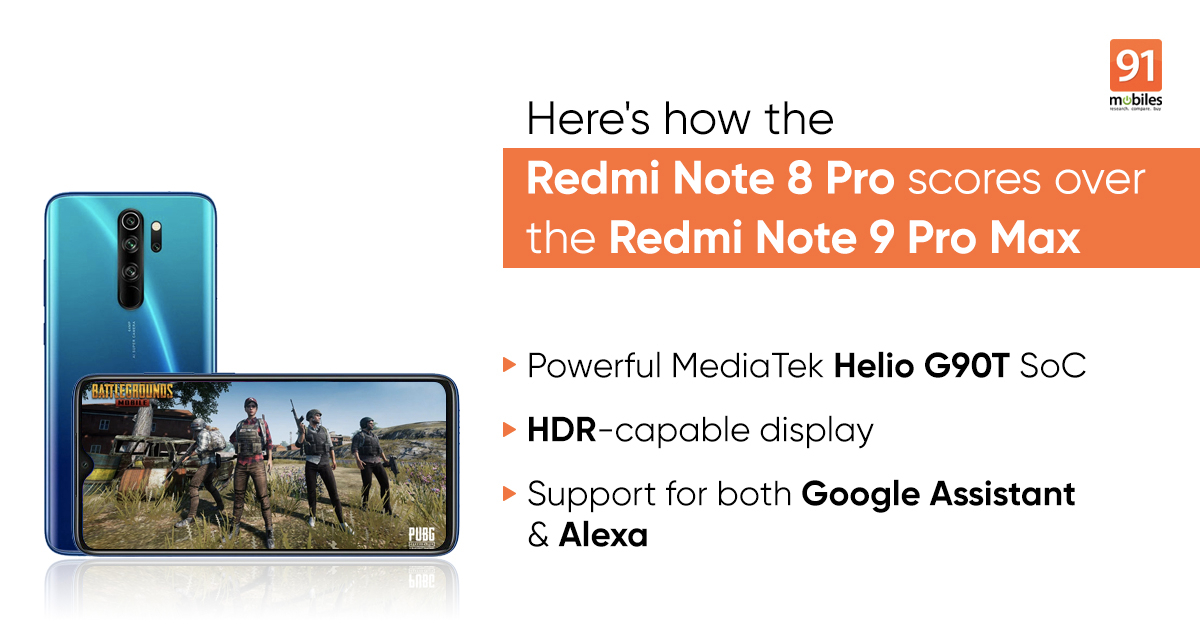 Software-wise, the Redmi Note 8 Pro boots Android 9 Pie-based MIUI 10 (upgradable to MIUI 11 with Android 10 via OTA) out of the box. A 4,500mAh battery with 18W fast charging tech fuels the handset, while a rear-mounted fingerprint scanner takes care of its security. Other features include up to 8GB RAM, up to 128GB storage, built-in Alexa app, a rear-mounted fingerprint scanner, and standard connectivity options.

To sum it up