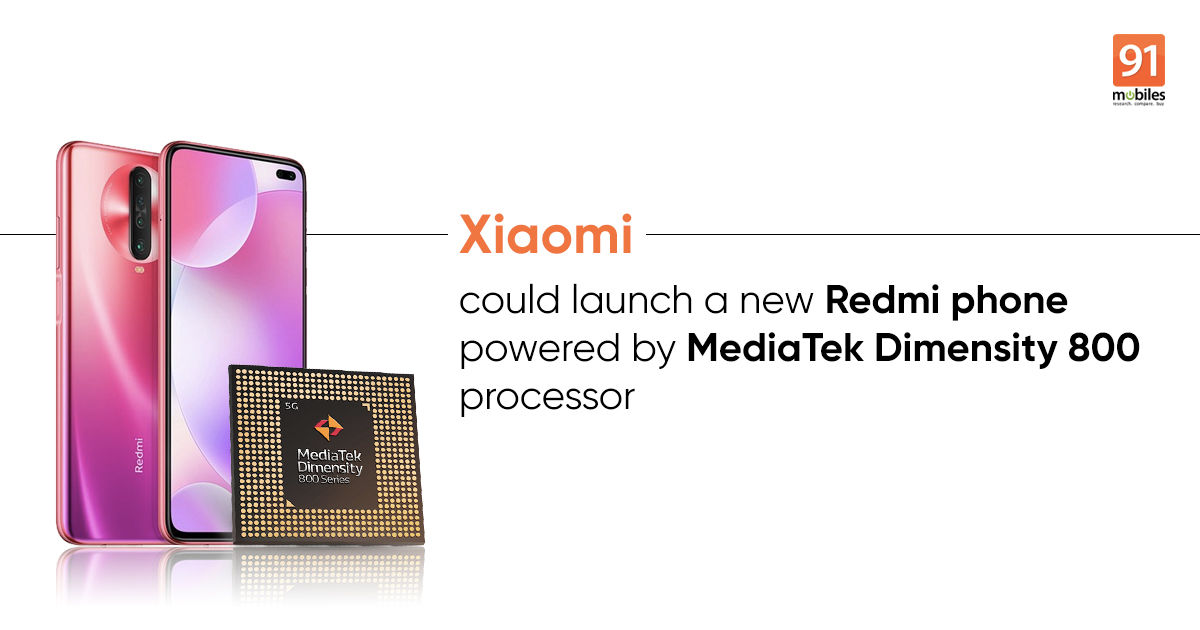 Xiaomi is reportedly working on a new Redmi device that’ll flaunt Dimensity 800 chipset under the hood. The Dimensity 800, to recall, is a mid-range chipset from MediaTek that comes with integrated 5G support. The SoC is forged using 7nm manufacturing process and packs 4x Cortex-A76 CPUs and 4x Cortex-A55 CPUs clocked at 2GHz. The Redmi device under consideration could be the cheapest 5G smartphone, and it’ll be different from the Redmi K30i, which has been doing the rounds of the rumour mill quite a lot lately. As per the popular tipster Digital Chat Station, the handset from Xiaomi will be unveiled in China along with Redmi 10X 4G and Redmi 9 (or 10) smartphones this month.

Additionally, MySmartPrice reports that the Dimensity 800 chipset could be the brain behind the upcoming Redmi Note 10-series smartphones as well. The specifications of Dimensity 800-powered Redmi phone, as well as Redmi 9 and Redmi Note 10 series, remain vague at the moment. However, we can tell Redmi 10X 4G could be the rebranded version of Redmi Note 9, which was recently launched in Europe.

The Redmi Note 9 is an affordable offering that comes with a starting price of $199 (approx Rs 15,000). Specifications include a 6.53-inch FHD+ punch-hole Display of LCD variety, Helio G85 chipset paired, up to 4GB of RAM and 128GB storage, 48MP quad rear cameras, 13MP selfie shooter, and a 5,020mAh battery with 18W fast charging support. Software-wise, the handset boots Android 10-based MIUI 11 out of the box.

As for the Redmi K30i, it’s believed to be a watered-down version of Redmi K30. The handset is tipped to sport punch-hole display and downgraded 48MP quad rear cameras and Snapdragon 730G chipset under the hood. The handset is likely to come pre-loaded with MIUI 11 atop Android 10 to take care of software side of things, while its price in China could be around RMB 1,799 (approx Rs 19,500) for the base model. That’s all the information we can divulge at the moment but stay tuned in as we should get more updates as the launch date approaches.