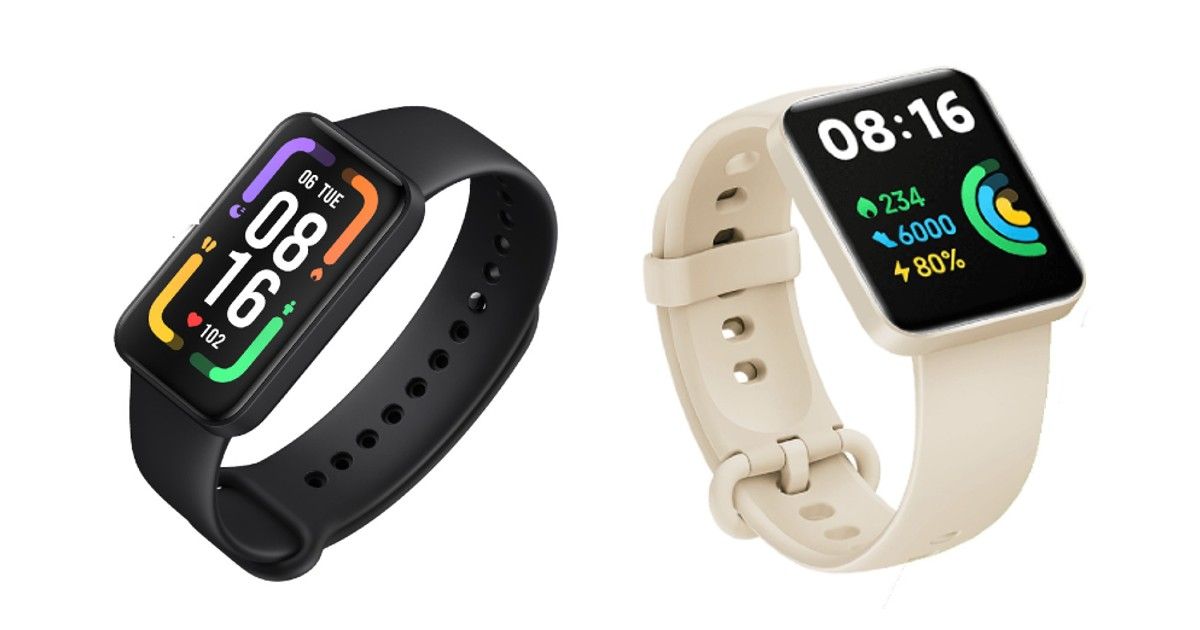 Starting with the display, the Redmi Smart Band Pro features a 1.47-inch curved AMOLED touch display with a resolution of 194 x 368 pixels, a screen density of 282 PPI, 100 percent NTSC colour gamut, and up to 450 nits peak brightness. The Redmi Smart Band Pro has support for more than 50 band faces. Under the hood, the Redmi Smart Band Pro is powered by an Apollo 3.5 processor. The band supports Bluetooth 5.0 and can be paired with Android devices running Android 6.0 or later and with Apple devices booting iOS 10.0 or higher using the Xiaomi Wear/Xiaomi Wear Lite apps.

The Redmi Watch 2 Lite, just like the Redmi Smart Band Pro, features 110+ fitness modes but has 17 professional modes instead of 15 on the band. The watch is also 5AMP water-resistant. It has a 262mAh battery, which will help it last for up to 10 days under typical usage, up to 5 days with heavy usage, and 14 hours with continuous GPS mode.