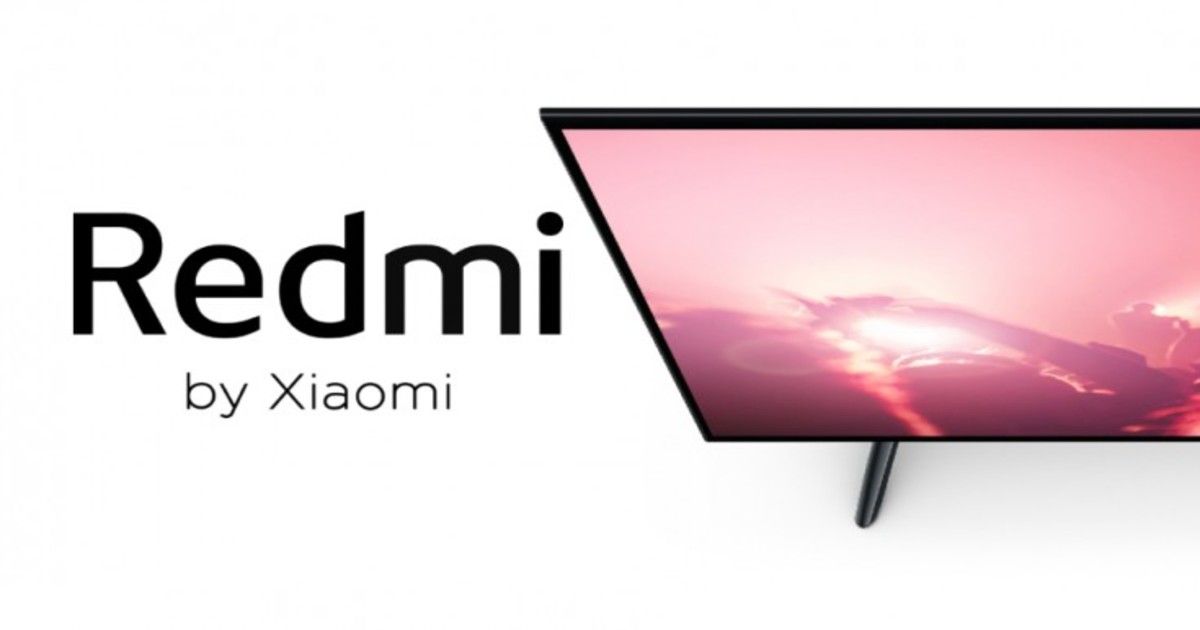 “After announcing a Redmi Book recently, Xiaomi’s sub-brand has quickly announced its entry into the TV segment”

After Xiaomi, its sub-brand Redmi will be getting into smart TVs with the launch of the Redmi TV. The company has made it official today via social media channels that the first Redmi TV will go official on August 29th in China. Now, the company’s interest towards TV segment was earlier known as leaks had pointed to a Redmi TV listing on the CCC portal earlier in July. The announcement also means that with the Redmi TV, the brand is following the tracks of its parent Xiaomi.

Coming to the teaser, it’s now also official that there will be a huge 70-inch model in the series although it was hinted in certifications earlier as well. The model number was L70M5-RA. Images of the Redmi TV retail packaging were spotted in China earlier last week and this fanned the rumours of an approaching launch. According to current rumours and leaks, the Redmi TV will come in two sizes for now – 40-inch and 70-inch, with both boasting of 4K resolution. Whether there are other screen sizes in development or not is not known yet. We’re also expecting a price close but possibly below the Xiaomi 4K TVs. We also expect the Redmi TV to run the same PatchWall software that Xiaomi uses for its smart TV interface. 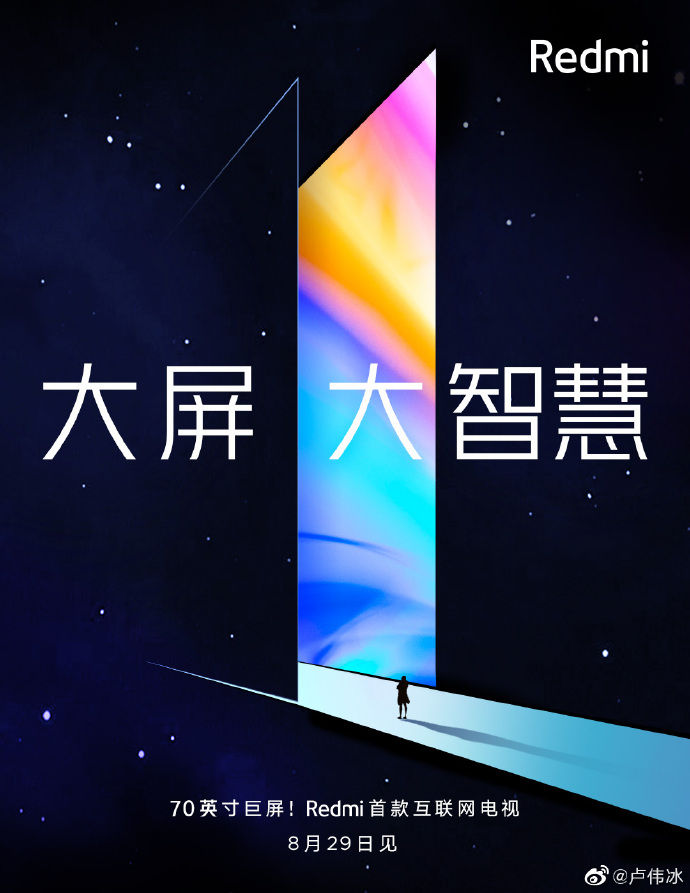 Xiaomi has several TV models in China as well as India with a variety of combinations offering a lot of choice to buyers. Models start from 32-inch and go all the way to 75-inch. There are two 75-inch models. One of them is a top-of-the-line product that retails for RMB 8,999 (about Rs 90,000), while the other is priced much lower at RMB 5,199 (about Rs 52,000). We can expect more details of the Redmi TV in the coming weeks.