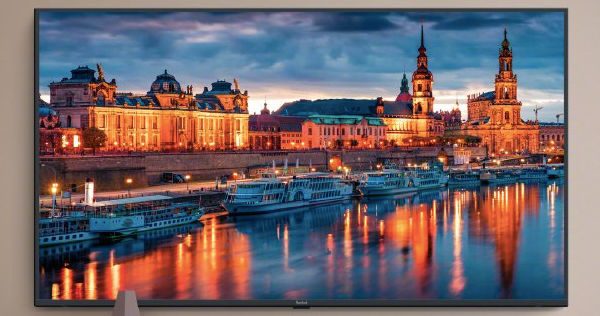 The Redmi TV with a 70-inch display, the first from the Xiaomi’s sub-brand, has been launched in China. The company took the wraps off the Redmi TV at the same event where it announced its first 64MP smartphone dubbed as Redmi Note 8 Pro. The Redmi smart TV is among the cheapest and slimmest 70-inch televisions. It comes with a near bezel-less display with 4K HDR resolution and runs the same Android-based PatchWall OS as its parent company’s Mi TV lineup. The TV also boasts built-in 16GB storage and 8GB RAM that lets you download apps, just like your smartphones.

In addition to the smart TV, Redmi has launched a refreshed version of its RedmiBook 14 of earlier this year. The laptop seems to share most of its traits with the original RedmiBook 14, except for the processor, which is up to 10th-gen Intel Core i7 processor with 8GB RAM and 512GB SSD storage. The company claims that the new RedmiBook 14 is 13 percent faster than its predecessor. Other specifications of the machine include 14-inch full-HD display with ultra-narrow bezels, an Nvidia GeForce MX250 graphics card, and Intelligent Unlock 2.0 feature.