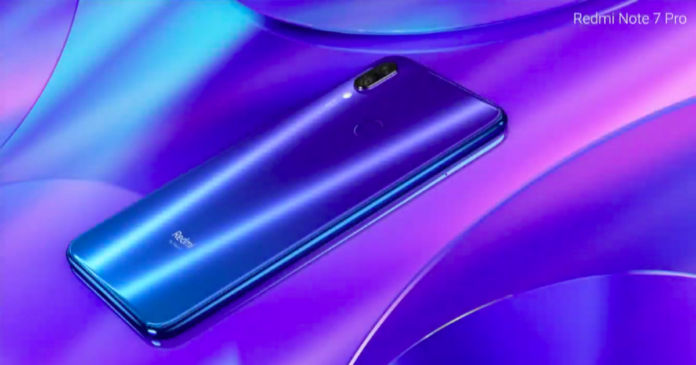 “Optical fingerprint scanners work only on AMOLED panels, which is why Redmi Note series doesn’t have them”

On-screen fingerprint readers are fast becoming the norm with Vivo and OPPO mostly pushing the envelope. The OPPO K1 is one of the most affordable phones in India right now that comes with the on-screen fingerprint feature. However, Xiaomi’s Redmi Note 7, known for providing bang for the buck, does not come with such a sensor. Instead, Xiaomi has used a traditional rear fingerprint reader on the entire series. And Redmi’s Vp Liu Weibing, in an AMA session on Weibo, answered this question to askers on Sunday. 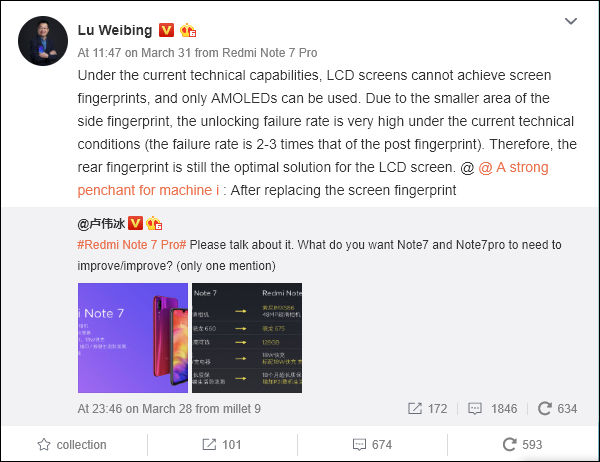 This scenario could change only when there is a biometric technology that works on an LCD screen, which is unfortunately not available just yet. Another scenario where this would be possible is when Redmi starts using AMOLED panels on its budget devices. The company has been reported to be working on a smartphone with a Snapdragon 855 SoC, which could likely see an AMOLED panel, and consequently, an on-screen fingerprint reader. However, whether that device will make it to India or not is another big question.

Meanwhile the Redmi Note 7 Pro continues to be a hot-seller in India after its debut, with flash sales clearing out within minutes on e-commerce portals. The handset starts at Rs 13,999 for the base 4GB + 64GB variant while the 6GB + 128GB variant costs Rs 16,999. Both the handsets come in Neptune Blue, Nebula Red, and Space Black. However, do note that the 6GB version has not gone for sale just yet.