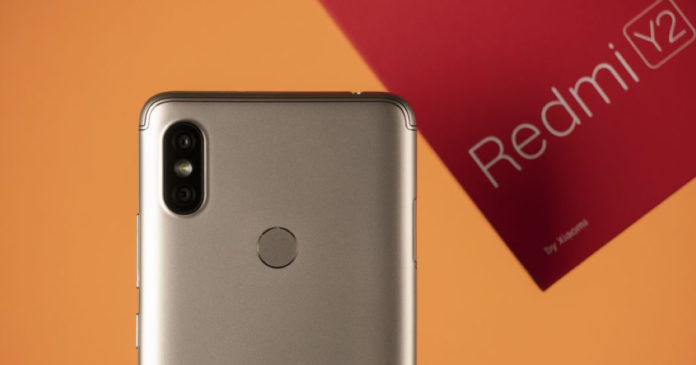 Done with the Redmi Note 7 and Redmi Note 7 Pro launch, Xiaomi India has started teasing yet another smartphone launch in the country very soon. Xiaomi India head Manu Kumar Jain in a tweet teased the upcoming smartphone, focussing on ‘Y’ and ’32’. The former is an obvious reference to the Y series, which is focussed on selfie cameras, so we can expect the Redmi Y3 smartphone. The latter suggests the front camera of the successor to Redmi Y2 will have a 32-megapixel selfie sensor.

Mi fans! I got my hands on upcoming #Redmi phone & it is amazing! Went on a selfie rampage & the results are totally incredible.🤳

‘Y’ am I taking so many selfies? BTW I clicked ’32’ selfies with 32 @XiaomiIndia colleagues! 😉

Can’t wait to share more details with you. #Xiaomi pic.twitter.com/GSP7xhIpNS

As mentioned above, the Redmi Y series is selfie-centric budget series that debuted in India in 2017. The handset was originally launched in China as the Redmi S2, so the brand might follow the same trend this time around as well. In fact, just hours before the India teaser, Redmi head Lu Weibing took to Weibo asking fans in China whether the brand should launch a Redmi phone with 32-megapixel selfie camera, more or less confirming the Redmi S3’s imminent launch.

The handset has recently received Wi-Fi certification revealing it will have M1810F6G model number, runs on Android 9.0 Pie with MIUI on top and supports Wi-Fi 802.11 b/g/n. While it is not confirmed, the phone could be powered by the Snapdragon 660 SoC, paired with up to 6GB of RAM and 128GB internal storage. We, currently don’t have any details regarding the exact launch date, so we will have to wait for few more days.

Separately, the brand is also expected to launch the Redmi 7 smartphone in India soon, though we don’t have a date just yet. The latest budget offering ships with a 6.26-inch display with HD+ resolution and waterdrop notch and is powered by the Qualcomm Snapdragon 632 chipset paired with up to 4GB of RAM and 64GB built-in storage.