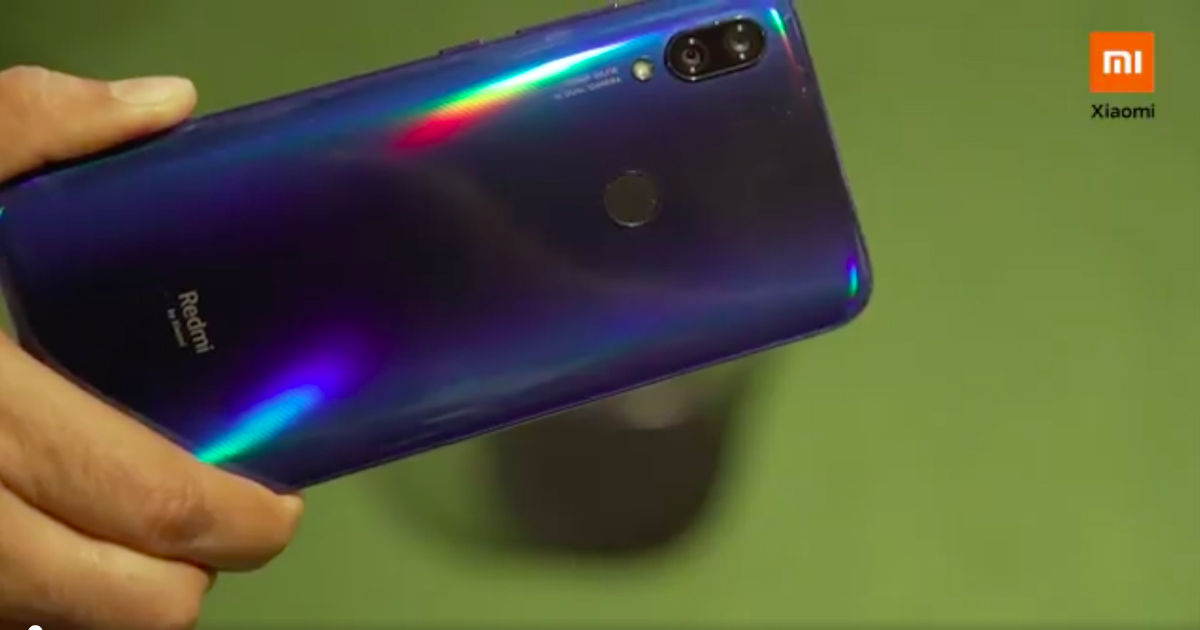 Redmi Y3 is scheduled to launch in India on April 24th. Now, ahead of the launch, Xiaomi has posted a new promotional teaser video on Twitter, showcasing the durability of the phone by dropping it from stairs. While the handset seems durable as it could withhold the drop, the short clip confirms waterdrop style notch to accommodate the 32MP front camera, dual rear cameras and a gradient back. The brand has already confirmed the phone will have a 4,000mAh battery.

There. Dropped it down the stairs. Will you drop your phone like that? #32MPSuperSelfie coming on 24-04-2019 pic.twitter.com/b998mk8JRS

The Redmi Y3 packs a rear-mounted fingerprint sensor for biometric security. The teaser gives us a glimpse of a sizeable chin at the front, meaning, it won’t pack a truly edge-to-edge design. From the looks for it, the Redmi Y3 might have a polycarbonate build with the glass-like finish on the back in new gradient colours. The handset features dual-rear cameras; one of them could be a depth sensor for portrait shots. It will run on MIUI 10 based on Android 9.0 Pie. Rumours suggest the phone might come with Qualcomm Snapdragon 660 SoC and will be offered in more than one variant, including a 4GB RAM + 64GB onboard storage model. Nothing else is known about the handset at the moment, so we will have to wait for a couple of days.

Separately, Xiaomi, in a tweet has also hinted the Redmi 7 launch alongside the Redmi Y3 at the event on April 24th. Redmi 7 has a 6.26-inch HD+ (720 x 1,520 pixels) display with a waterdrop-style notch. The handset powered by the octa-core Snapdragon 632 SoC and runs Android 9 Pie-based MIUI 9 custom software. The Redmi 7 has a 12-megapixel primary sensor with f/2.2 aperture and a 2-megapixel depth sensor on the back. On the front is an 8-megapixel selfie camera with HDR support.