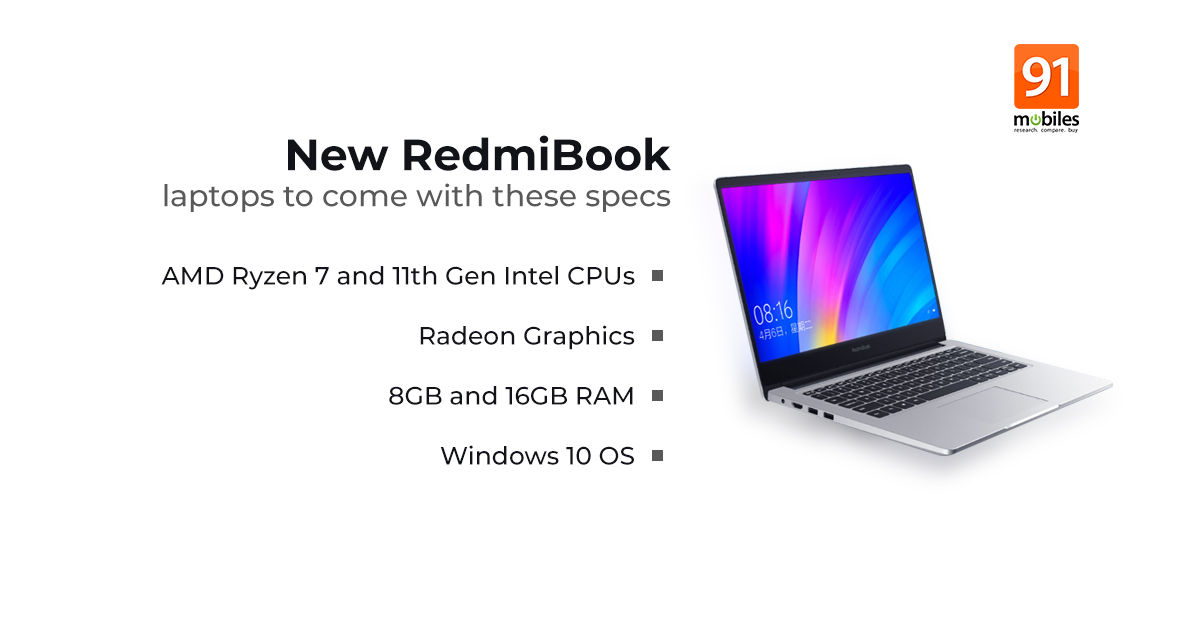 As you can see in the screenshots shared above, RedmiBook Pro 15S with AMD Ryzen 5 5600H will be offered with at least two RAM variants, i.e. 8GB and 16GB. On the other hand, the model with AMD Ryzen 7 5800H will be at least offered with a 16GB RAM option. Moving on to the Weibo teaser, Xiaomi has confirmed that a new RedmiBook model with an Intel 11th-generation H35 Tiger Lake processor will be unveiled next month. Apart from mentioning that this model will offer ‘high-performance’ and will be a ‘lightweight product’ the company has not shared any other details about this offering.

RedmiBook 15, which has also shown up on GeekBench, can be seen with 11th-generation Intel Core i5 11300H and Core i7 11370H chipsets on the platform. Notably, both variants can be seen with 16GB of RAM in the listings.

As you might have already guessed, these RedmiBook offerings will run Windows 10 out of the box. While the Geekbench listings don’t shed more details, the benchmark scores do look impressive by all means. As we approach the official unveiling, we will likely get more details about the upcoming RedmiBook Pro 15 and RedmiBook Pro 15S. Till then, stay tuned in.