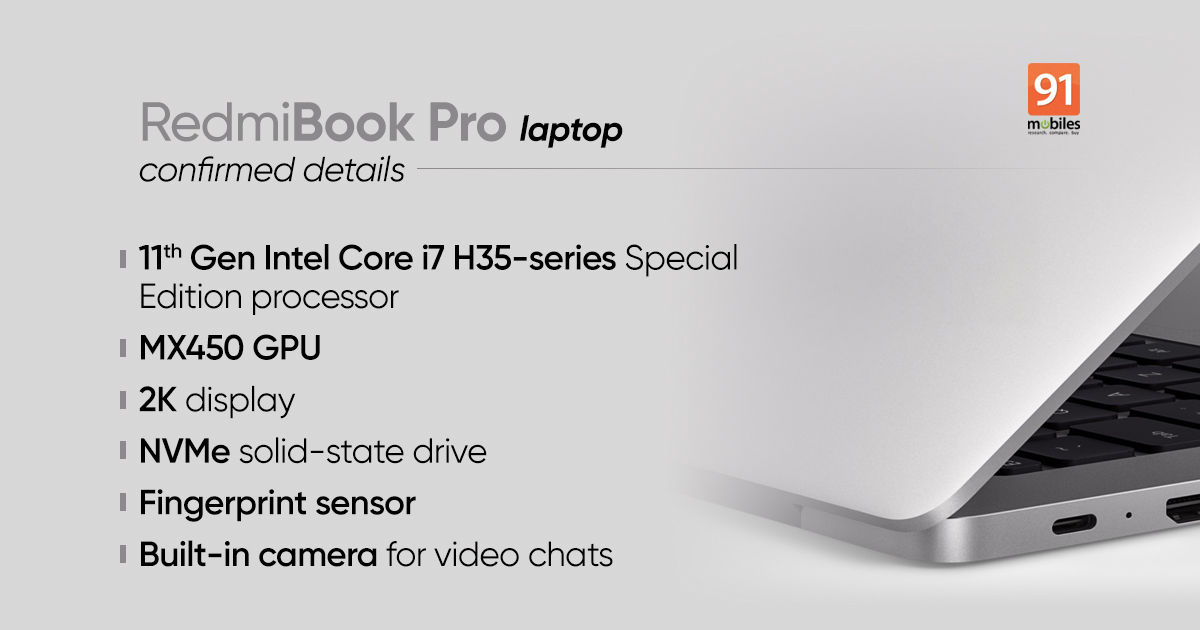 RedmiBook Pro laptops are all set to launch on February 25th in China, alongside the new K40 series of flagship smartphones. Xiaomi sub-brand Redmi confirmed the laptops’ launch date via an official teaser on Weibo. The new RedmiBook Pro, as revealed by the company, will tout 11th Gen Intel Core i7 H35-series Special Edition processor and MX450 GPU. Additionally, the laptop will pack a 2K display (as opposed to Full HD display in earlier RedmiBook Pro models), NVMe solid-state drive, dedicated HDMI port, USB Type-C port with support for PD fast charging, fingerprint unlocking, full-size backlit keyboard, and an aluminium body. The other highlight of the upcoming RedmiBook Pro is going to be a webcam — unlike last year’s RedmiBook Pro 14, the refreshed version will have a built-in camera for video chats.

As far as the rumours are concerned, the RedmiBook Pro could come with 16GB RAM and 14-inch/ 15-inch models. There seems to be an AMD version of the laptop in work as well, which will be dubbed as RedmiBook Pro 15S. The machine has allegedly been spotted on Geekbench with AMD Ryzen 5 5600H and Ryzen 7 5800H chips and AMD Radeon graphics. That’s all the information we can divulge at the moment!

Redmi K40 series specifications, meanwhile, are rumoured to include an LCD display with FHD+ resolution, punch-hole, and 120Hz refresh rate. The smartphone is said to come with a handful of chipset variants, namely MediaTek Dimensity 1200 SoC, Qualcomm Snapdragon 870 SoC, and Snapdragon 888 SoC, paired with 6GB RAM and 128GB internal storage. Redmi K40 is expected to run on the latest Android 11-based MIUI 12.5 out of the box and support 5G. The phone has been teased to come with more than 4,000mAh battery that would deliver a long-lasting battery life. The smartphone’s camera specs are under wraps as of now.