Home News Check out the most affordable 3GB per day data plan from Reliance...
Highlights 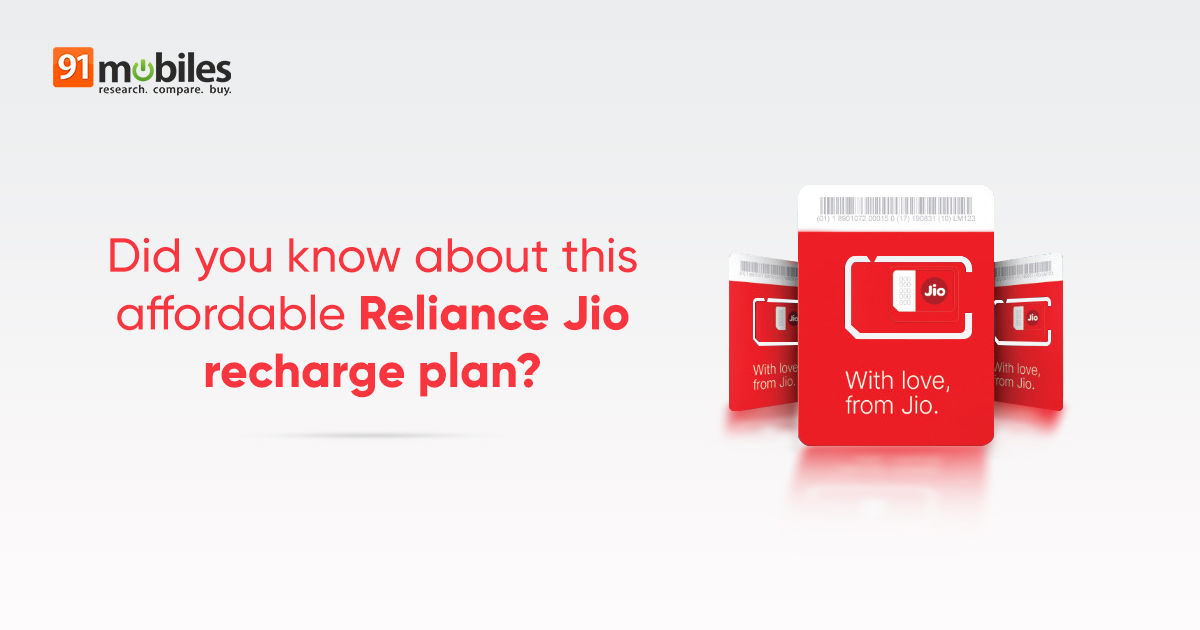 Reliance Jio’s monthly plans are some of the more affordable options on the market. For a paltry Rs 349 per month, you get 3GB of mobile data per day, after which the speeds get throttled. 3GB of mobile data per day should be plenty for most users, even ones who stream video regularly. Rivals like Airtel and Vodafone Idea are yet to come up with competing plans, although Airtel offers a similar plan for a slightly higher price of Rs 398. Instead, both companies seem to be focusing more on postpaid plans that have been gaining traction in the market of late.

Also read: Jio Phone to be relaunched in India soon with a higher price tag

Other Reliance Jio Rs 349 plan benefits include a complimentary subscription to Jio apps like Jio Cinema, JioTV, and more. There’s an unlimited calling perk too, but with some caveats. While calls made to another Jio number will be free, the same doesn’t apply to other networks. Reliance has put in place a 1,000 minute (~16 hours) FUP, after which the calls will be charged 6 paise per minute. Additionally, the Reliance Jio Rs 349 plan also lets you send up to 100 SMS messages per day.

A recent report from TRAI has revealed that Reliance Jio continues to lead the pack when it comes to average 4G mobile internet speed. With a national average speed of 20.8Mbps, Reliance Jio leaves its competition in the dust, with Airtel coming in second with 7.8Mbps. However, your mileage may vary, as 4G download speeds are affected by a host of factors that are often out of a user’s control.