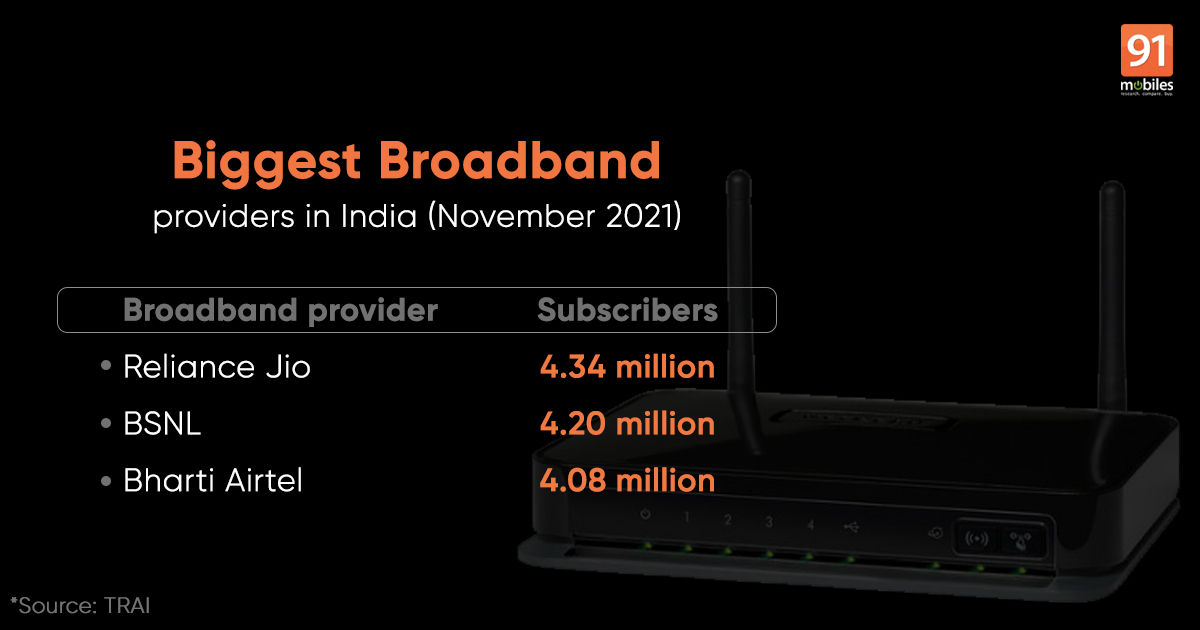 “The company has expanded its on-ground infrastructure, currently present outside 16 million premises,” said the company after the second-quarter results (via ET Telecom).

As per the data shared by TRAI, Bharti Airtel added around 0.1 million broadband subscribers, with a total subscriber count of 4.08 million. Meanwhile, BSNL saw a massive drop of 0.5 million, ending November 2021 with a subscriber base of 4.2 million broadband users. If the current trend continues, Airtel will soon overtake BSNL in the coming months, becoming the second-biggest fixed-line broadband provider in the country.

5G concerns: Air India cancels flights to US due to 5G rollout

Jio started its Jio Fiber service back in 2019, and as per the data, BSNL had a subscriber base of 8.69 million, which has been reduced to almost half in 2021. In contrast, Airtel’s fixed-line broadband service has registered about 70 per cent growth, from a total subscribers base of 2.41 million to 4.08 million, since September 2019.

The TRAI report shows that the broadband subscribers in India grew from 798.95 million in October 2021 to 801.6 million in November 2021, with Jio maintaining its lead in the fixed-line broadband segment with the company’s fiber-optic broadband service.