Within just two years of its operations in the country, Reliance’s Jio Network has already become a force to be reckoned with and the telecom company now boasts a user base which is over 200 million strong. However, while the company’s services gave users access to 4G speeds on the cheap, consumers still needed an VoLTE-enabled smartphone (which starts at around Rs 5,000) to make the most of their Jio SIMs. 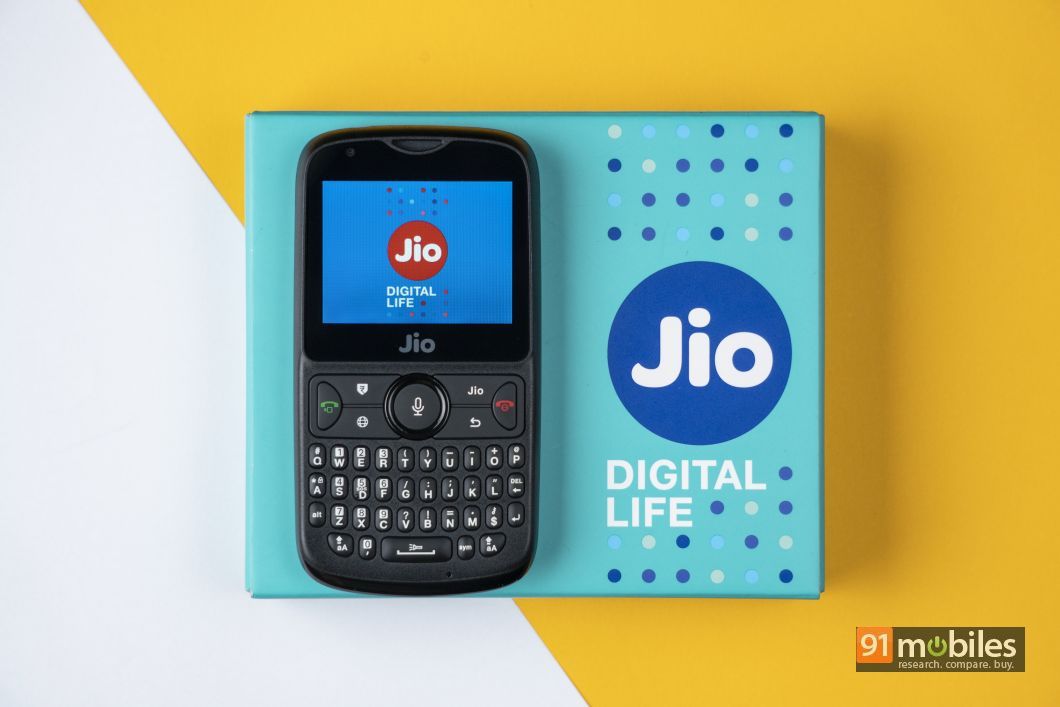 That is until the company unveiled a smart feature phone dubbed the JioPhone (first impressions) which retailed for just Rs 1,500 and allowed users to get a taste of the smartphone experience synonymous with much pricier offerings. Now, the brand is taking it one step further with the JioPhone 2 (first impressions), another smart feature phone which offers a full-sized QWERTY keyboard and a relatively bigger display. After spending some time with the phone, here’s what I make of it.

As far as the design is concerned, Reliance’s JioPhone 2 keeps things simple and features a plastic body with a texturised back for added grip. The smart feature phone also comes with a removable back panel, which can be opened (with some difficulty, I might add) to access the two nano-SIM slots, the microSD card slot as well as the removable battery. Moreover, as I mentioned previously, the JioPhone 2 features a full-fledged QWERTY keyboard which should be a lot more convenient to use as opposed to the T9 input of the original JioPhone. 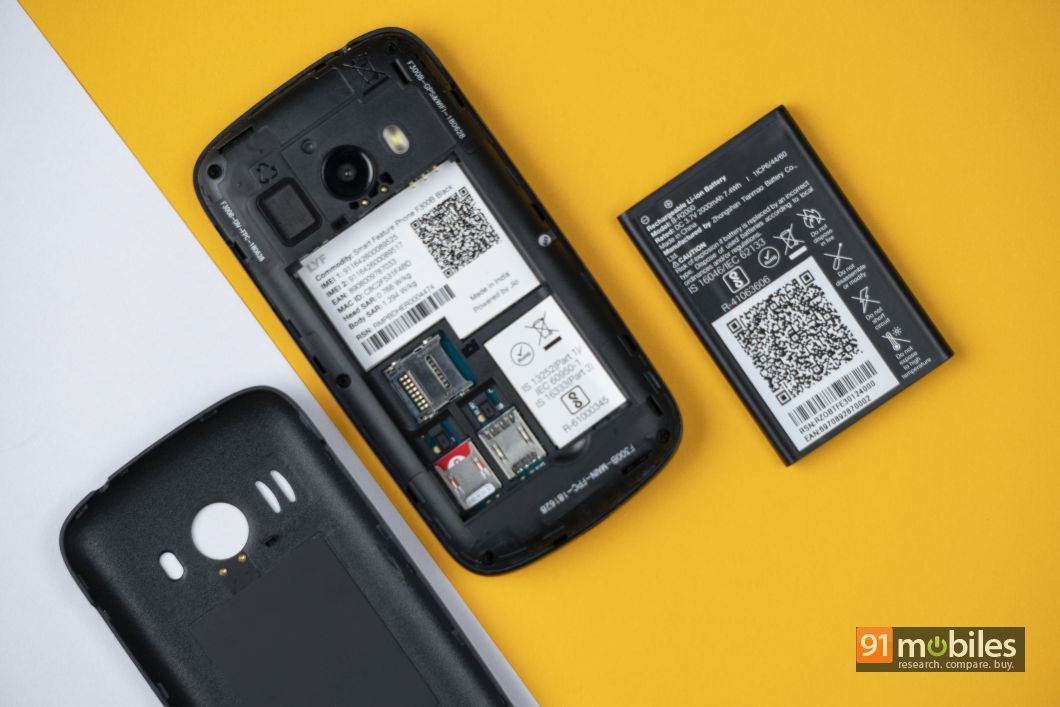 During my testing, I found the keys to be adequately tactile and clicky, which paved way for an enjoyable texting experience. What’s more, the handset even comes with a dedicated button to invoke the Google Assistant which has been positioned above the keyboard. The Assistant bundled with the phone is quick to respond and is bilingual too, meaning it supports inputs in both Hindi as well as English. For audio, the device comes with a really loud mono speaker positioned towards the back, and a 3.5mm headphone jack placed on top. 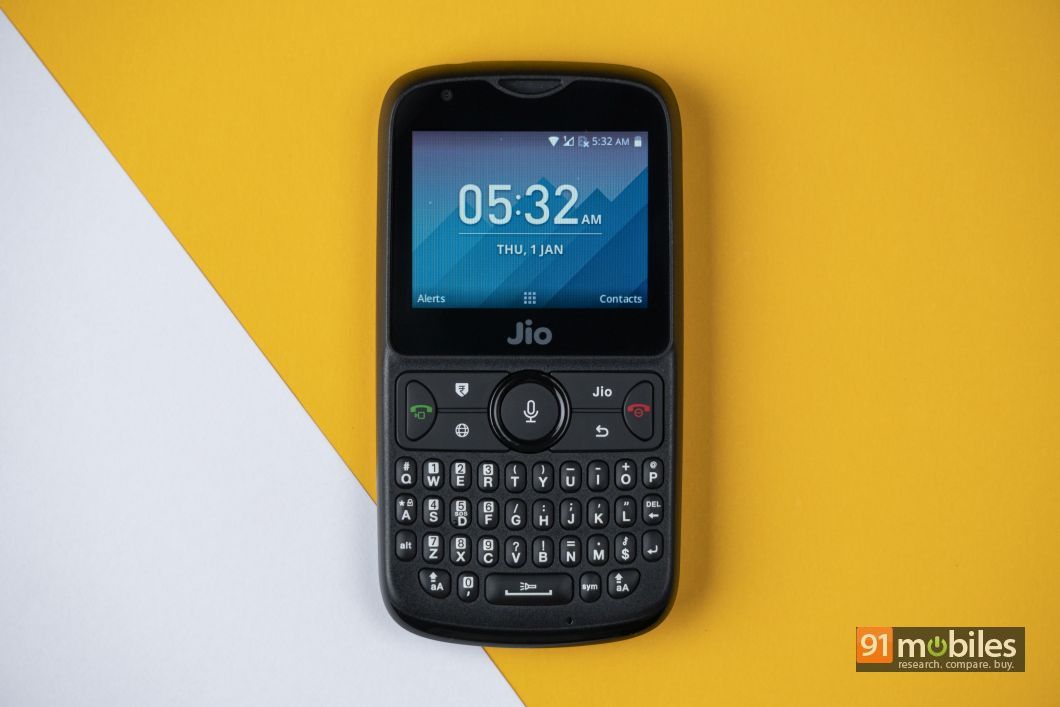 In the display department, the JioPhone 2 sports a 2.4-inch QVGA TFT panel which gets plenty bright. Therefore, you should be able to use the phone under direct sunlight comfortably. On the flip side, you’ll have to interact with the display face-front as it has poor viewing angles. 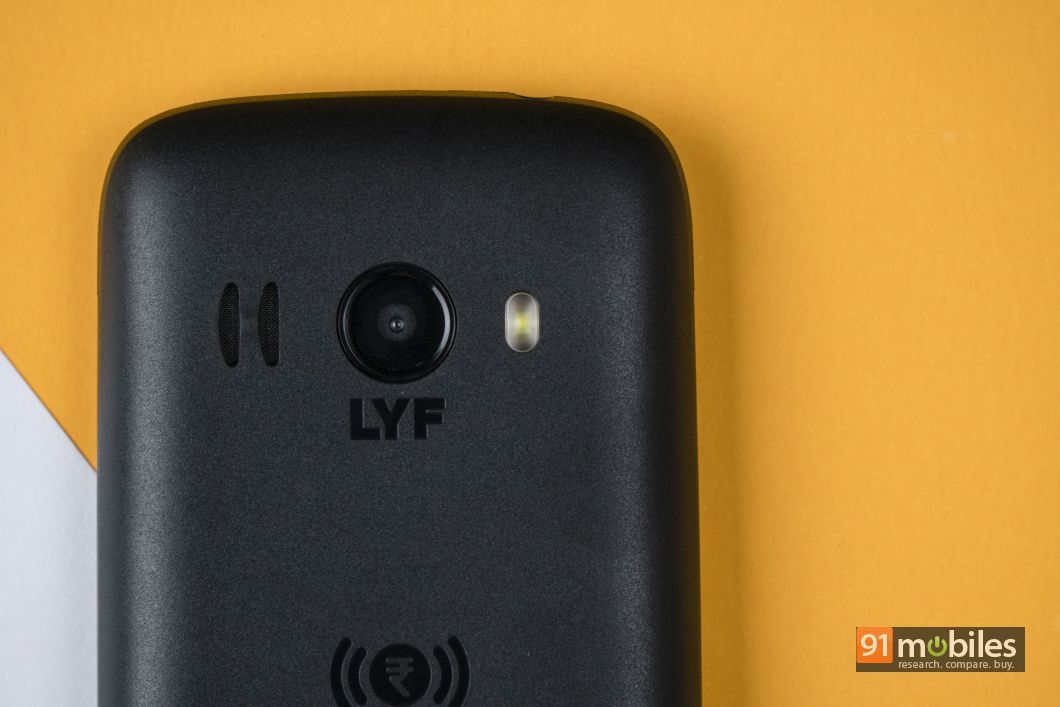 Lastly, I’d also like to touch upon the device’s camera setup. The JioPhone 2 ships with a pair of 2MP and VGA cameras positioned towards the back and the front respectively. It goes without saying that the phone cannot take stunning landscapes or portraits, but for the price, the cameras hold up well. Shots I took under ideal lighting conditions turned out okay and were easily share-worthy.

The handset’s camera app deserves a mention too, as it is doesn’t require a steep learning curve. Once open, buyers can switch between photo and video modes by pressing left or right on the D-pad. To switch between the front and the rear cameras, you can press the ‘Jio’ button which brings up some more camera options. 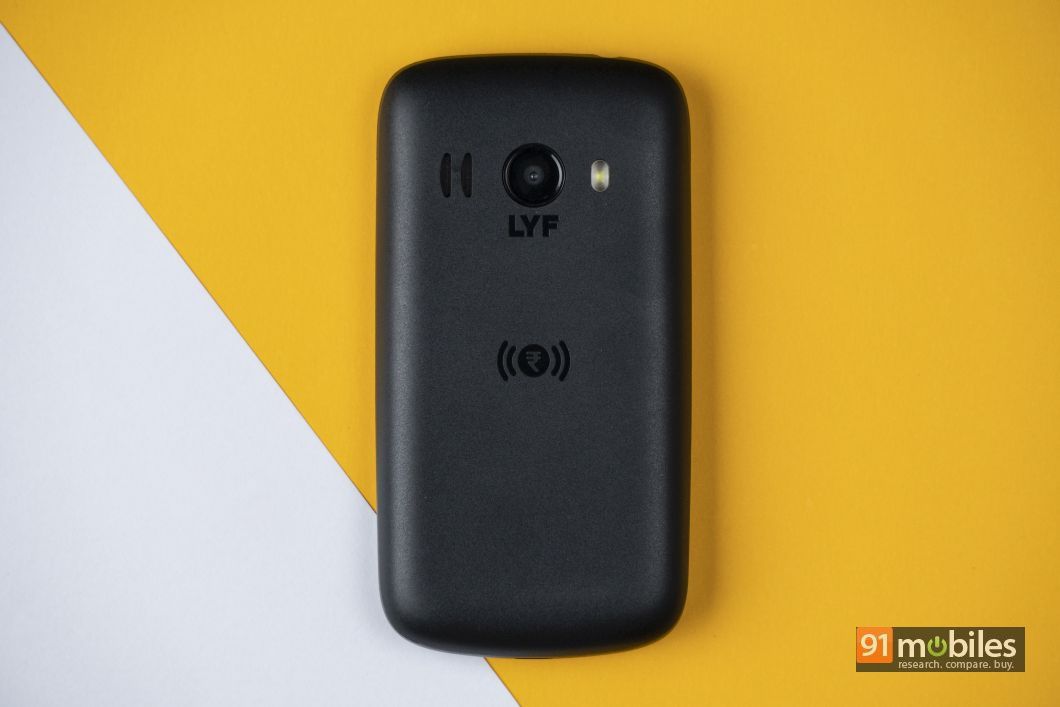 Now, the reason I refer to the JioPhone 2 as a ‘smart feature phone’ is because the device runs KaiOS, a toned-down operating system which brings smartphone-like functionalities to budget 4G phones. The handset also ships with 512MB of RAM and is backed by either a Qualcomm Snapdragon 205 chip or a Spreadtrum processor.

The JioPhone 2 comes loaded to the brim with various connectivity options, so let’s brush up on those. The handset comes with dual-SIM functionality, allowing you to use two SIM cards simultaneously. That said, you’ll have to use a Jio SIM in slot 1, else you won’t be able to use any services on the phone. Moreover, while you’ll get the option to choose which SIM you’d like to use for calls and data, the SIM card positioned in the secondary SIM slot will be locked to 2G speeds. Therefore, I’ll advise you use data with your Jio SIM to get the best possible connection speeds. 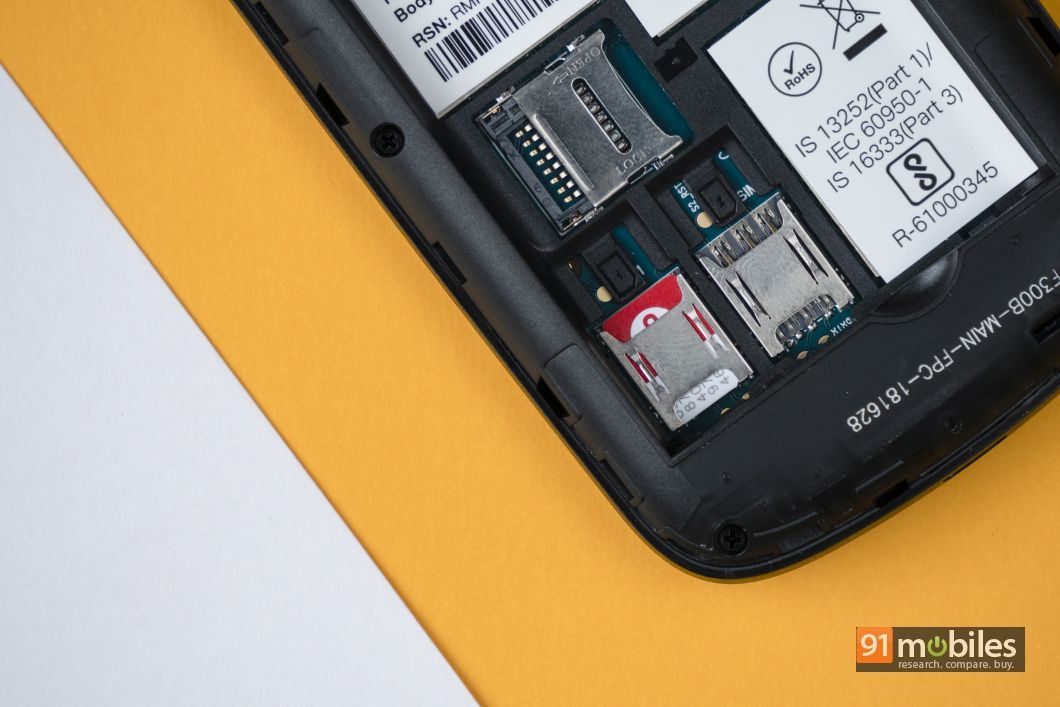 Besides cellular connectivity, the JioPhone 2 also comes with support for Wi-Fi and NFC, the latter of which can be used to make cashless payments via the JioPay app. Unfortunately, I couldn’t test that feature during the course of my review period.

What you can do with the JioPhone 2?

Our unit of the JioPhone 2 shipped with a huge array of applications from Jio’s suite, including the likes of JioTV, JioChat, and JioCinema. The JioCinema application is where you’d want to go if you want to catch up on latest Bollywood and Hollywood releases. The app is extremely user-friendly and provided you have a solid internet connection, you should be able to stream the movies effortlessly. What’s more, since the JioPhone 2 also comes with support for Wi-Fi, you can stream movies even if you’re in an area with no network coverage. 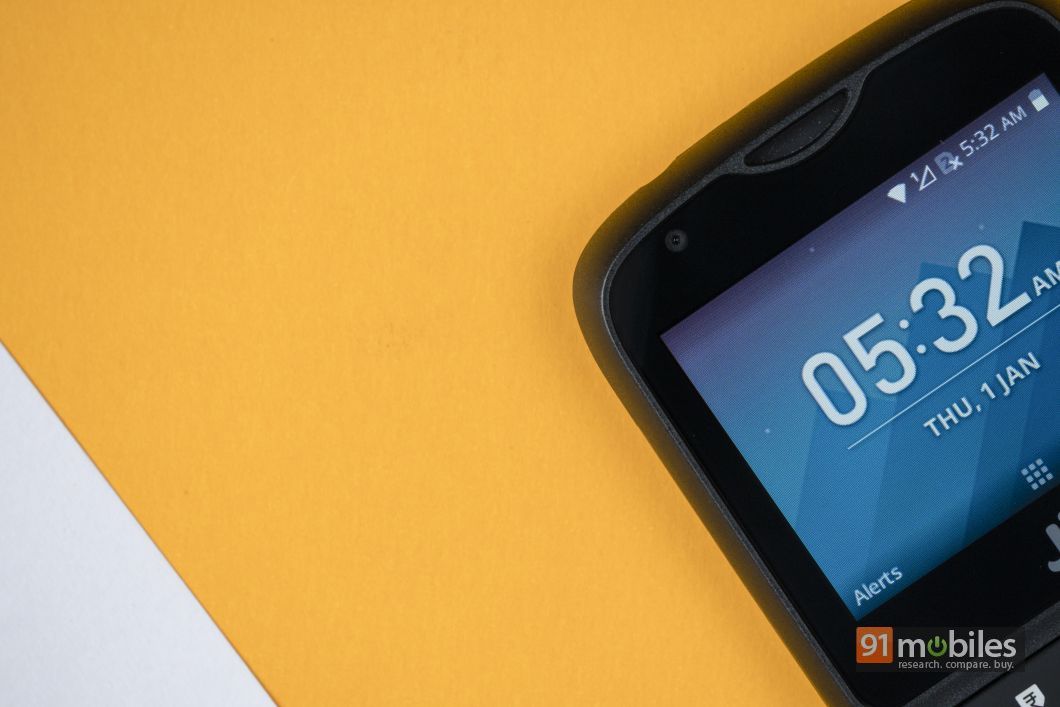 Unfortunately, I couldn’t get the JioTV app to work on our unit of the JioPhone 2 as it kept showing me a ‘network error’, even when I had full bars on my data SIM and was connected to Wi-Fi. 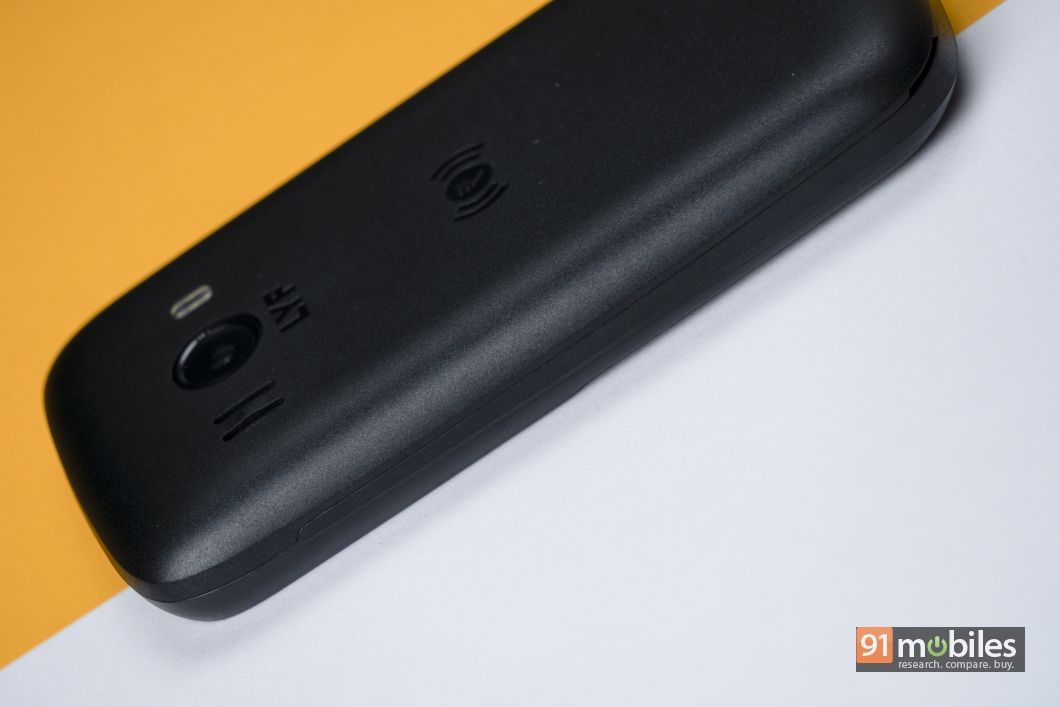 Outside of Jio’s own apps, you can also install third-party software from the built-in app store. I was able to source some of the most popular apps on the platform such as WhatsApp, Facebook, and Google Maps quite easily. However, the applications are far from perfect and still need some work. For instance, while I was able to search different locations on Google Maps, the phone refused to detect my location. Therefore, you’ll have to manually punch in your current location and the destination in the app. What’s more, as it stands, the Google Maps app on the JioPhone 2 doesn’t support voice-based navigation and instead, you’ll have to use the D-pad to check directions. 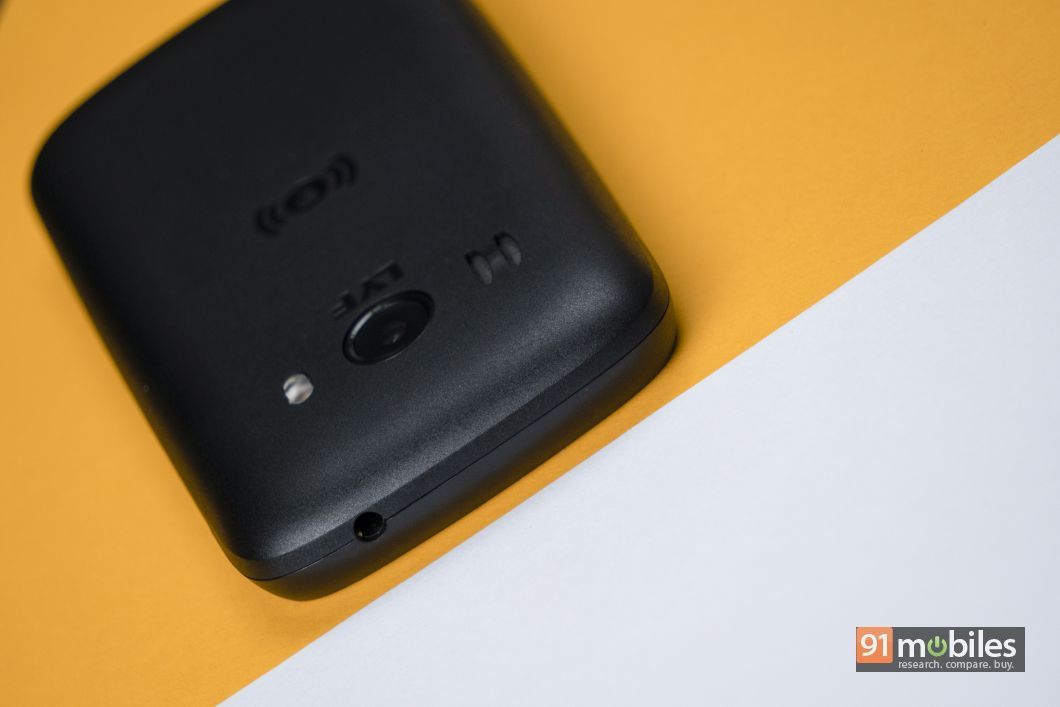 I didn’t face any problems with Facebook (get it?) and WhatsApp as both the applications worked flawlessly. In fact, I was pleasantly surprised to see that the JioPhone 2 supported real-time notifications for both the aforementioned apps too. The YouTube app has just landed on the phone as well.

The JioPhone 2 retails for Rs 2,999 and for its asking price, raises two important questions –

1 – Is it worth buying the JioPhone 2 over the original JioPhone, which costs just Rs 1,500 and ships with similar features?

2 – Should you buy the JioPhone 2 over similarly-priced Android offerings, such as the Karbonn A1 Indian? 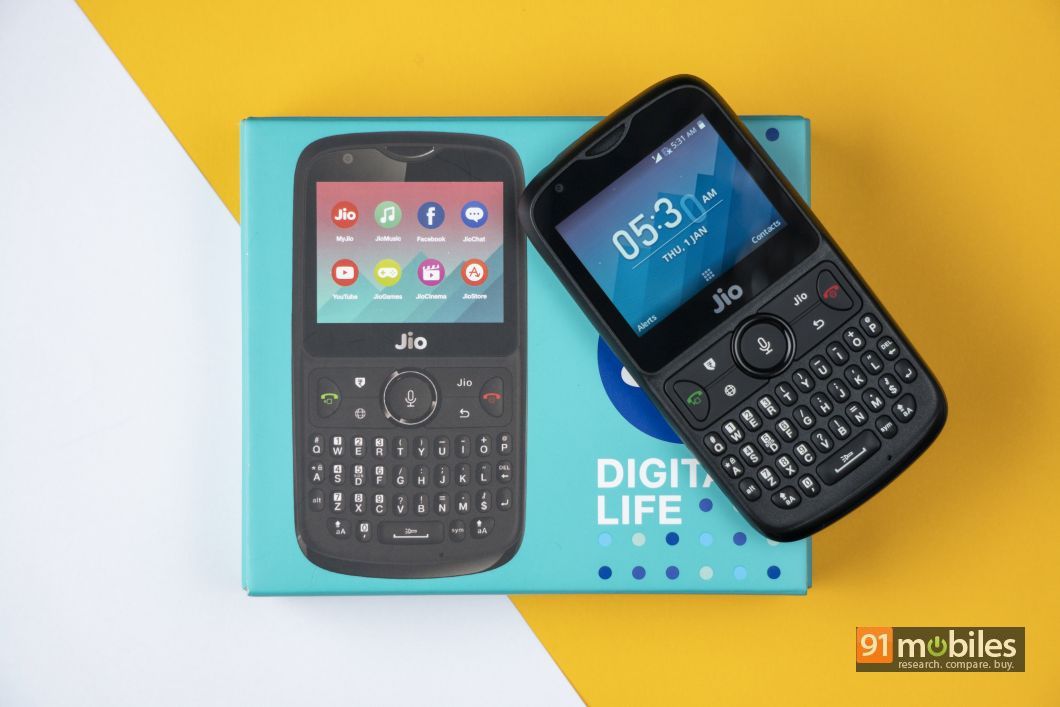 To answer the first question, you’ll have to ask yourself how badly you want a bigger screen and a full-sized QWERTY keypad. If you can justify the cosmetic overhaul the JioPhone 2 brings to the table, then by all means, go for it. 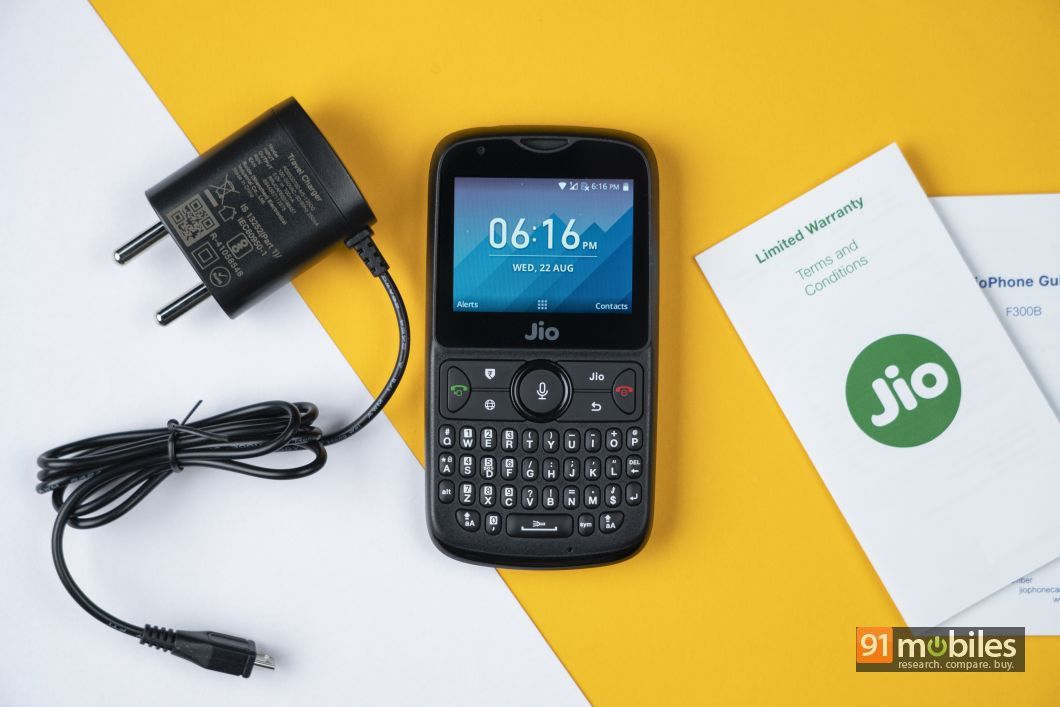 As for the second question, I’ll suggest you stick to the JioPhone 2 instead of investing in a cheap Android device. While the prospect of running the Google Play store and being able to access millions of apps seems promising at first, you’ll have to bear in mind that Android OS is significantly more resource-hungry than KaiOS. Therefore, you’ll start noticing an entry-level Android-powered smartphone would bog down with time, resulting in a frustrating user experience. That said, a smart feature phone like the JioPhone 2 can never offer you the same experience and the utility of a proper smartphone. For example, while WhatsApp is now available on the JioPhone, it doesn’t let you make or receive audio / video call, unlike WhatsApp on Android or iOS. Even if we don’t consider the functionality of the various apps available on smartphones, you might want the basic capability of booking a cab via Uber or Ola.. and that’s something the JioPhone 2 doesn’t let you do at the moment.

While the JioPhone 2 isn’t perfect and is in need of a richer app ecosystem, I feel that it could be the gateway to 4G and basic connectivity over and above just voice calls for those who’re not comfortable with the idea of using smartphones with touchscreens, and just for that, deserves a close look.

Reliance JioMart launched in India to compete against Flipkart, Amazon

Jio GigaFiber plans may not be as affordable as its mobile plans: report

JioBrowser with support for 8 regional languages launched for Android devices