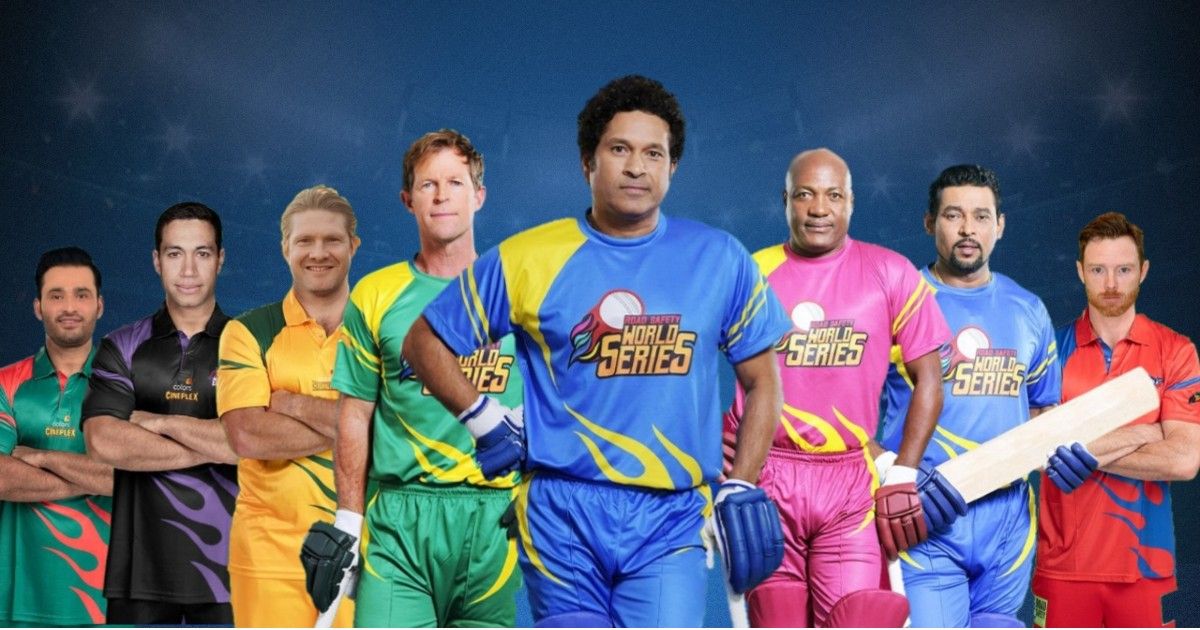 The Road Safety World Series 2022 is all set to begin today with a face-off between the Indian Legends and the South African Legends in Kanpur, Uttar Pradesh at 7:30 PM IST. This will be the first cricket match of this season’s tournament which will last until Saturday and will have 23 matches in total. It will take place in different cities like Dehradun, Kanpur, Indore, and Raipur.

The objective behind this international cricket tournament is to promote and create awareness of road safety. The first season of the tournament took place in 2021 with seven teams. The tournament ended with the Indian Legends as the winning team.

This year New Zealand has also joined as one of the participating teams making the count to eight teams – India Legends, South Africa Legends, West Indies Legends, New Zealand Legends, Australia Legends, Sri Lanka Legends, Bangladesh Legends, and England Legends. Every team will get five matches to play in the league stage based on which the top four teams will qualify for the semi-finals.

How to watch the Road World Safety Series online?

The live streaming of these matches can be viewed on the Voot app as Viacom 18 has gained the broadcasting rights of the tournament. And unlike the other regular matches, these matches will not be live telecasted by Star Sports Network or any other channel.

How to watch the Road World Safety Series on TV?

On TV, the matches can be viewed on the following sports channels – Sports 18, Colors Cineplex, and Colors Cineplex Superhits. This is again because of the broadcasting rights reserved by Viacom 18. The matches will start at 7.30 pm IST.

The probable playing XI of the Indian Legends include the former Indian Cricket team legends – Suresh Raina, Yuvraj Singh, Yusuf Pathan, Subramaniam Badrinath, Irfan Pathan, Naman Ojha, MS Gony, Munaf Patel, Harbhajan Singh, Pragyan Ojha and the Master Blaster of the game Sachin Tendulkar, who is also considered as one of the greatest batsmen in the history of cricket, as the captain.