91mobiles.com
Home Feature Robots are coming for your job! 5 jobs in India in which... 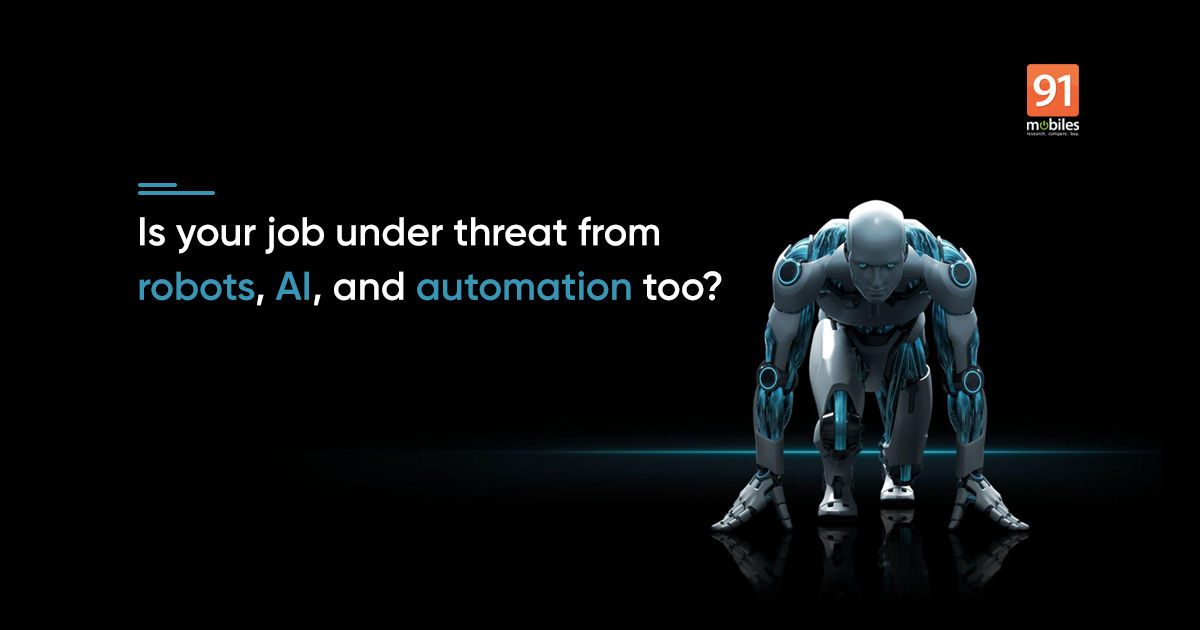 Earlier this week, the Department of Delhi Fire Services inducted two firefighting robots in its ranks. The new robots – which will be controlled remotely and will be equipped with cameras, concrete cutters, etc. – will be able to enter areas human firefighters are unable to reach due to potential dangers to their lives. But while these robots will only supplement humans doing their jobs, there are many jobs in which humans are being replaced by robots and algorithms.

While it may not look like this automation is a huge problem in India at the moment, it is already affecting blue-collar and white-collar workers in the country! As many as 69 percent of all jobs in India are threatened by automation, with as many as 56 million people estimated to be replaced by automation in the workforce by 2030. With that in mind, here are 7 jobs in India in which humans have been replaced by robots already.

Manufacturing is among the industries most widely affected by automation and robots. Whether it’s textiles or automobiles, tens of thousands of people have lost their jobs to robots who can do the work without breaks, day after day and hour after hour. Raymond, Hyundai, Volkswagon, Mahindra and Mahindra, and Maruti Suzuki are among the manufacturing companies using robots at their factories in India and replacing full-time and contract workers.

Robots can do the work of three employees alone on an average in auto body shops, from welding to painting to quality testing. In the textile industry, a single robot can replace as many as 100 workers! While no official figures are available for electronics manufacturing in India, but leading smartphone manufacturer Foxconn – which operates in India too – started replacing tens of thousands of humans with robots as early as 2016!

Warehousing is another industry that has been majorly transformed with robots. Flipkart, Pepperfry, DTDC, and DelhiVery are among the many warehousing organisations that use robots by Gurgaon-based startup GreyOrange to fetch and sort goods ordered by customers. The robots used by these companies to fetch and sort items are 4-5 times faster than humans, with one manufacturer of these robots claiming they can replace as much as 60-80 percent of the labour required to run a warehouse! Due to these robots, blue-collar workers making around Rs 10,000 at warehouses have been replaced to improved efficiencies. The likes of Amazon and Walmart also extensively use such robots in their warehousing operations.

While the jobs we have listed so far were blue-collar, one of the most prominent white-collar professions being affected by automation in India is software testing. Major IT companies such as Infosys, TCS, and Cognizant had started moving thousands of coders from software testing to other departments as early as 2017. While they primarily moved people from testing to other departments, some testers reportedly did end up losing their jobs. Moreover, this has led to a decrease in hiring at these IT companies. While COVID-19 has hurt jobs in the IT industry, manual testing and tech support jobs in IT industry had been hurting long before the pandemic hit.

Automation has been creeping up on the digital media industry for the last few years too! News wire Associated Press, major publications such as Washington Post and New York Times, and websites like MSN have been using algorithms to write news stories involving sports scores, financial data, etc. as well as curating stories for the website’s home page and sections. In fact, Microsoft-owned MSN has laid off entire teams of contract workers in India in the middle of the pandemic, replacing them all with curating algorithms. The company has done the same in other key markets such as the US and the UK too. Who knows, you might see the very human writers on this site being replaced by algorithms in a few years!

Drones and robots are being used in the agriculture industry too in India, doing jobs such as irrigating the fields and spraying insecticides on large farmlands. Such jobs could take up several people and days to accomplish but can now be done within hours. There are even robots that can pick the fruits and vegetables from the field and distinguish between different stages of the ripening of the produce to help the farmers in the sorting process; however, such robots have not been implemented in India yet though it shouldn’t be too long until large farms start using them too.

Not all robots are bad for humans and their jobs. With not enough doctors in India, robot-assisted surgeries – which are already happening in the country – can become a boon. Such robots are actually ‘dumb’ and only mimic the doctor’s actions remotely, allowing doctors to carry out operations from long distances – the advent of 5G should help with the latency issue too. Moreover, IBM’s supercomputer Watson has proven successful in providing the same medical recommendations as actual human doctors. However, this can be a boon for the overburdened healthcare system of India, where there are hardly enough doctors to tend to patients and help them overcome problems related to access to medical advice.

There are several other industries that are predicted to be affected by automation over the next years, such as financial advisory, transportation, fisheries, etc.

DeepNude, an app that uses AI to undress photos of women, has been taken offline after misuse