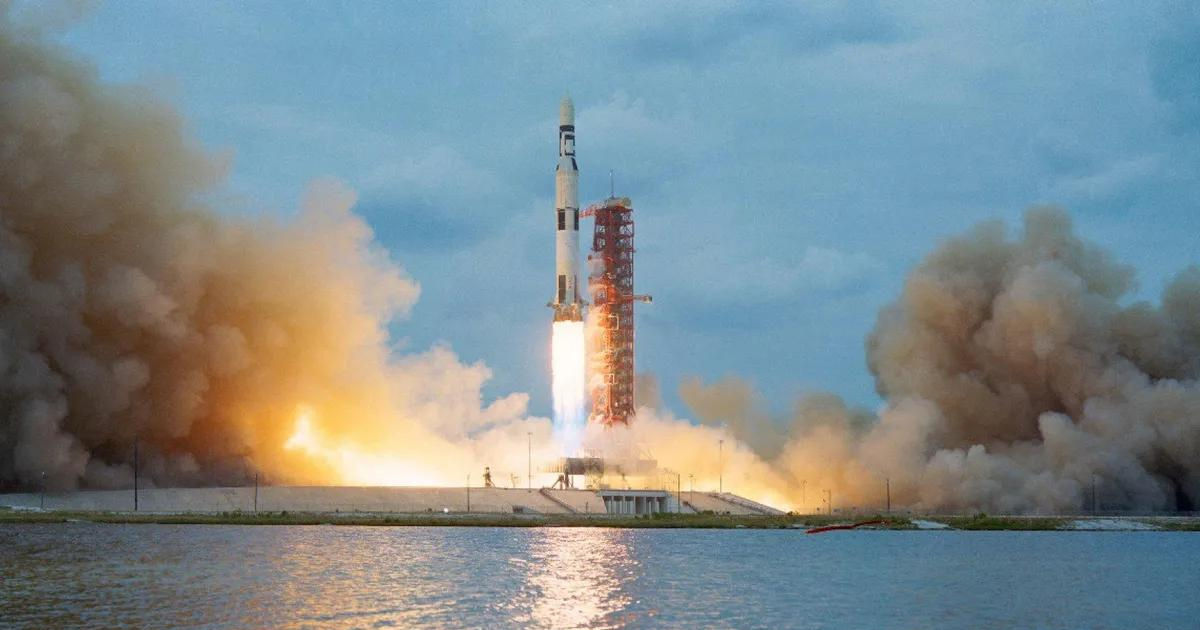 November 9th, 1967, saw the Saturn V rocket – the first rocket to take humans to the moon – launch from NASA’s Kennedy Space Center, generating 34.5 million newtons of thrust headed towards the moon. While the successful moon landing soon became gossip, it also came with myths about Saturn V being so loud that it melted concrete and set the grass on fire nearby the launch pad. A new study published by a researcher in the Journal of the Acoustical Society of America debunks these myths.

Kent L. Gee of Brigham Young University stated: “The Saturn V has taken on this sort of legendary, apocryphal status. It was an opportunity to correct misinformation about this vehicle.” To give us a rough idea of Saturn V, Gee uses a physics model to estimate its 204 decibels acoustic levels – since the data available of Saturn V’s launch is limited. For your reference, the commercial jetliner’s engine produces 120 to 160 decibels.

However, the “decibels are logarithmic,” so 10 decibels in order of magnitude increase, i.e., 107 decibels would be equivalent to 10 aircraft engines, and 200 decibels would be equivalent to 10,000 engines, explains Gee. That is intensely loud to shatter concrete but still not loud enough to melt concrete. As far as the fire on the grass is concerned, the rocket’s engine or heated debris from the launch sparked the flames in crops nearby the launch, not the sound of the rocket, suggests Gee.

This comes right before NASA prepares for the August 29th launch of the Artemis 1 mission from Florida, where the Space Launch System (SLS), a more power-loaded rocket than Saturn V and the agency’s biggest yet, will make a similar loud noise, but don’t expect it to melt concrete nearby. NASA will deploy its Sound Suppression System, which releases water on the launch pad to suppress the sound to 145 decibels.