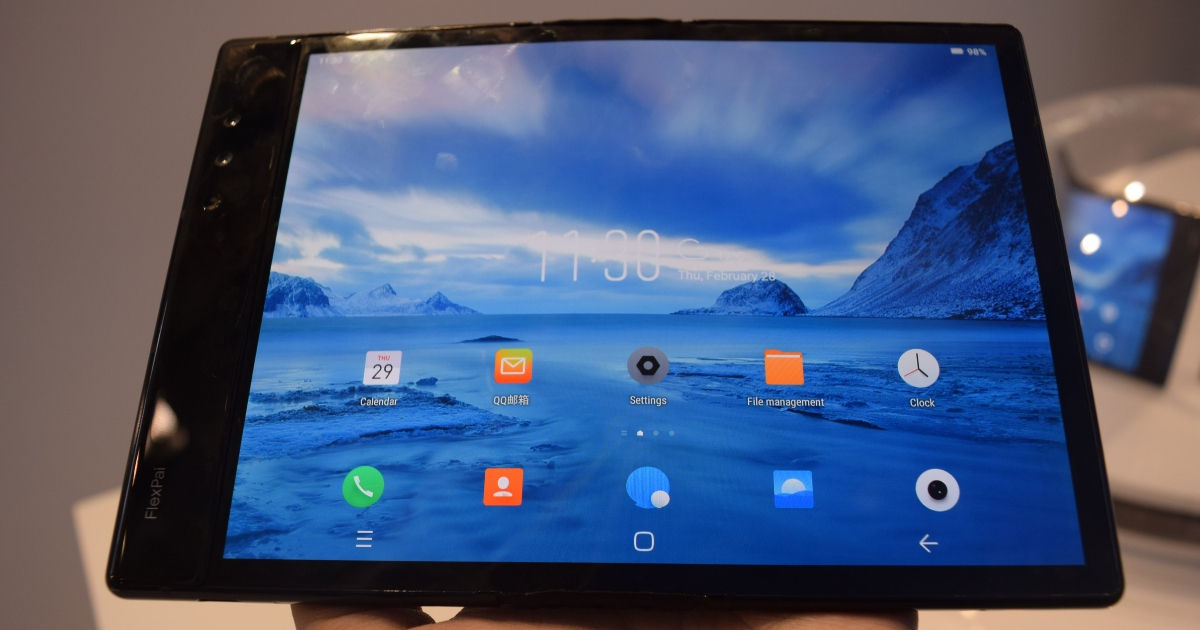 “As of now, the Royole Flexpai is the only foldable device that’s available commercially”

Over the past couple of weeks, two smartphones that have garnered the most attention are the Samsung Galaxy Fold and Huawei Mate X (in pictures). For, both of them embark upon the next wave of innovation in the smartphone space – foldable form factor. But what if I tell you that there’s another brand that pioneered it before these leading phonemakers? Well, you might not even have heard of this brand before – but it’s Royole. It’s a California-based company which has been innovating on the foldable displays for quite some time, and launched its first commercial foldable smartphone in the form of the Flexpai. The device was announced back in November, and I managed to get my hands on the Royole Flexpai at the MWC booth. Considering it’s the only foldable device that one can feel and touch, I decided to bring you my initial impressions. 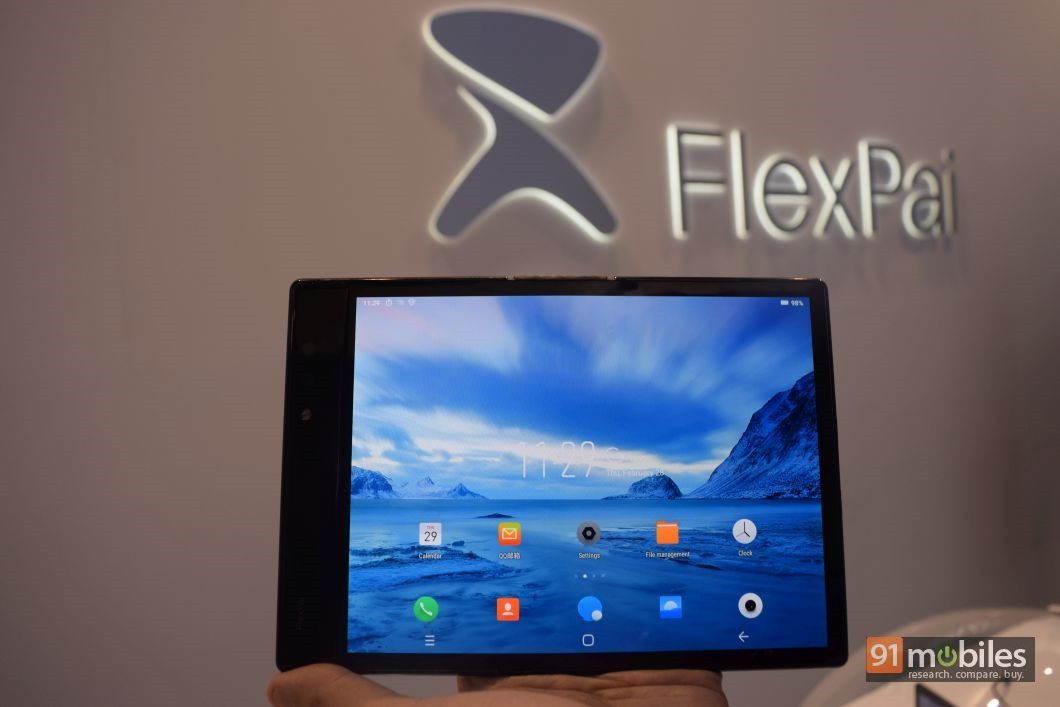 The Royole Flexpai – just like the Huawei Mate X – has dual screens on both the sides when it’s folded. When unfolded, the displays merge to create a tablet-like size. One key difference however, is the fact that while both displays meet in the folded form, in the case of the Flexpai, there’s a gap between them, which looks slightly odd and not so refined. But the good thing, in this case, is that there’s no latch to unlock to use the device in the tablet avatar. 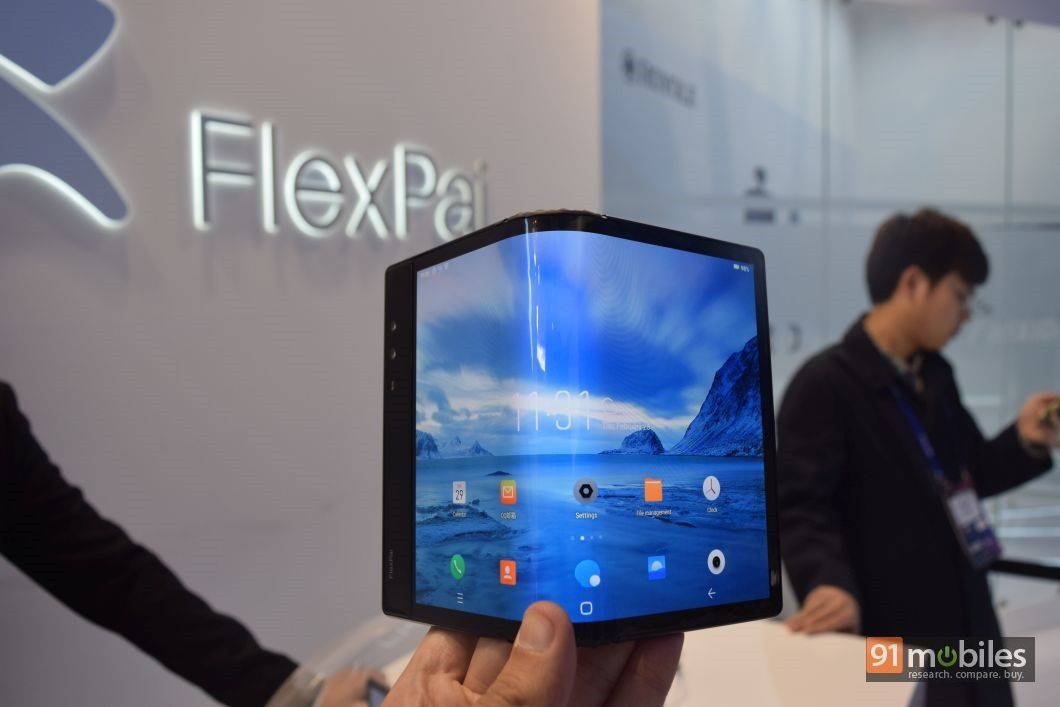 I spent a good amount of time with the device, and found the experience of using the device in both forms was pretty good. That said, the module in the middle which is responsible for folding and unfolding looks quite tacky – for the lack of a better word. It also makes it seem like the display isn’t exactly smooth (as there are some bumps) when you’re using the device as a tablet. It’s also worth noting that since even in the folded avatar, the display seems curved, it means that some of the content can spill over on the sides, though you can also use the edge to show notifications (the edge screen has a resolution of 290 x 1,440 pixels), among other things. 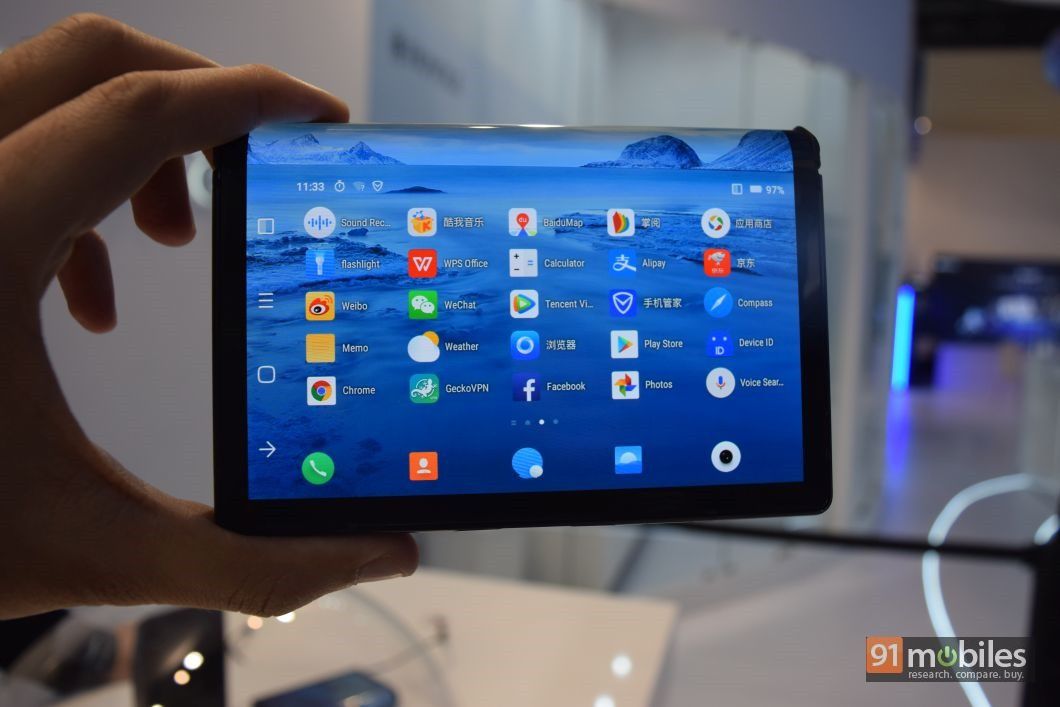 Similar to the Huawei Mate X, you’ll find the Royole Flexpai to only offer one set of cameras – which can capture normal photos as well as selfies. The module where cameras are placed also makes it easy to handle the device in the tablet form factor without covering the content with your hand. For ports and buttons, you’ll find both the volume rocker and power switch on the right along with a fingerprint sensor. Sadly, there’s no 3.5mm interface, while a Type-C port is available for charging. The device tips the scale at 320g.

The main and back displays measure 4-inches diagonally. Opening it up offers a large 7.8-inch screen that comes with a full HD+ resolution in 4:3 aspect ratio. During my use, the panel offered brilliant colours with ample levels of brightness. The viewing angles were impressive too. 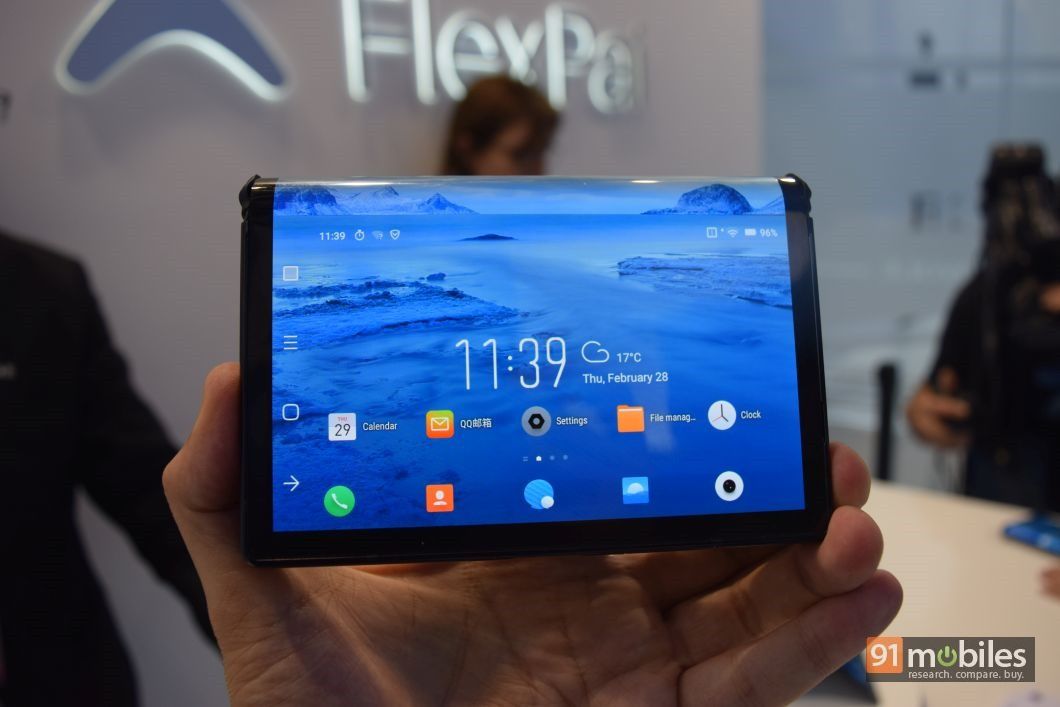 It isn’t just the foldable form factor that brought the Royole Flexpai to everyone’s attention. It was also the first smartphone announced that was equipped with Qualcomm’s Snapdragon 855 chipset (even before the SoC itself became official). The processor can be configured with up to 8GB RAM, and depending upon the variant, you can get up to 256GB storage. 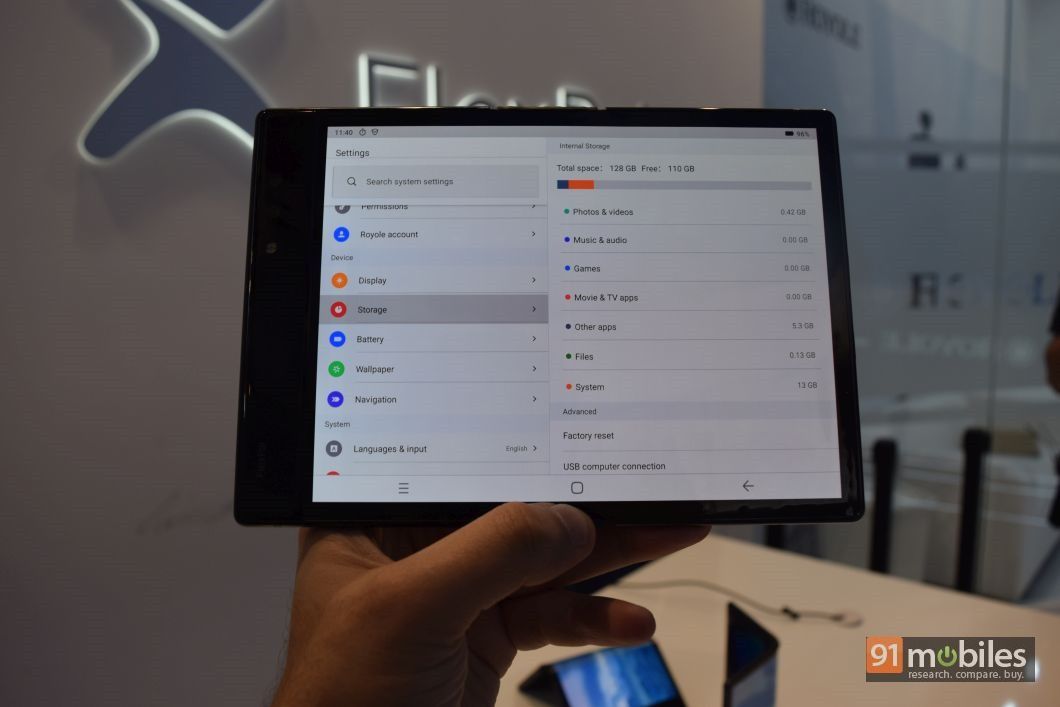 In terms of cameras, the Royole Flexpai offers a 16MP f/1.8 main shooter, paired with a 20MP telephoto lens. The same setup can be used for selfies for which either you can switch to the other display or unfold the device. 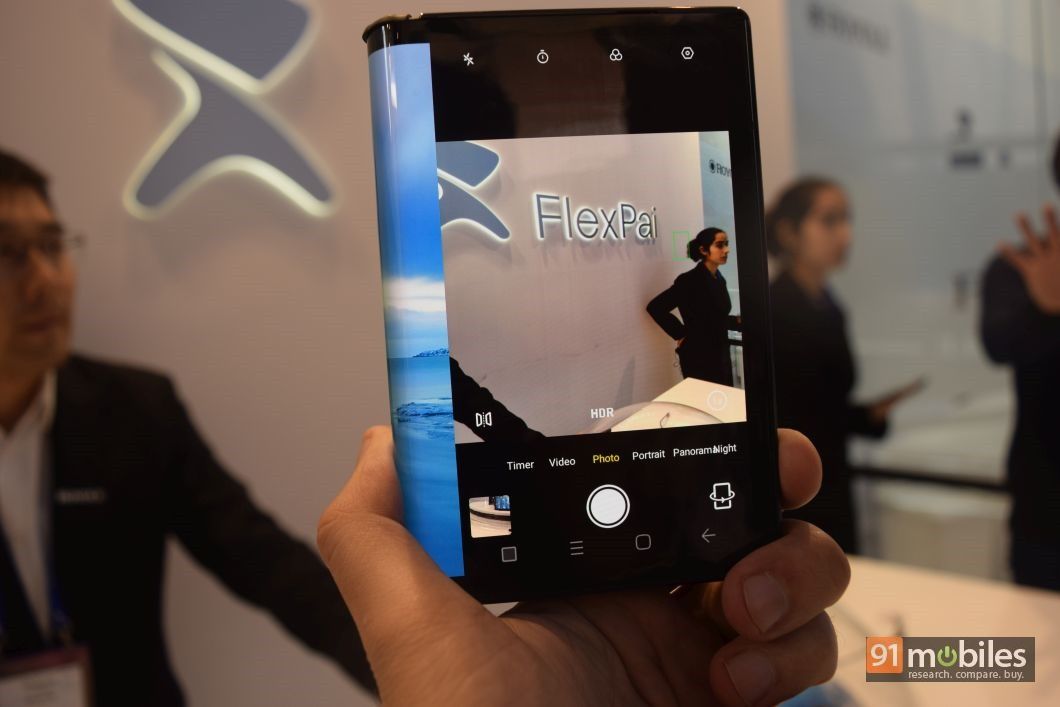 Fuelling the Flexpai is a 3,970mAh battery that comes with quick charge support, which the brand is dubbing as Ro-Charge tech. The device boots Android 9.0 Pie with a custom skin termed as Water OS. Sadly, the UI isn’t totally smooth and there are noticeable lags which switching from one mode to the other or while rotating the display. Even switching between the apps isn’t the fastest experience, and considering the hardware is more than capable, my guess is that the OS needs to be worked on a bit. 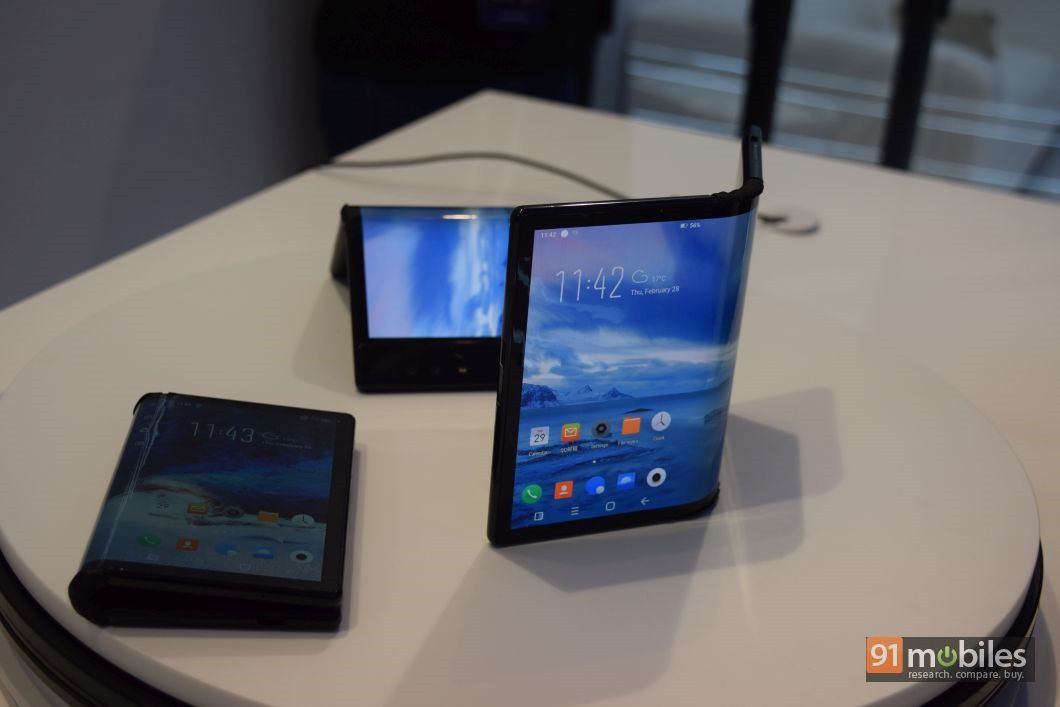 The Royole Flexpai is already on sale in China with a price tag of $1,300 (around Rs 92,000) for the 128GB variant, which is significantly lower than the asking price of Samsung and Huawei’s offerings. Moreover, they are yet to go on sale as well. While it remains to be seen if the Flexpai would be coming to India or not, I’m certainly keeping an eye on Royole as to what it may bring next.