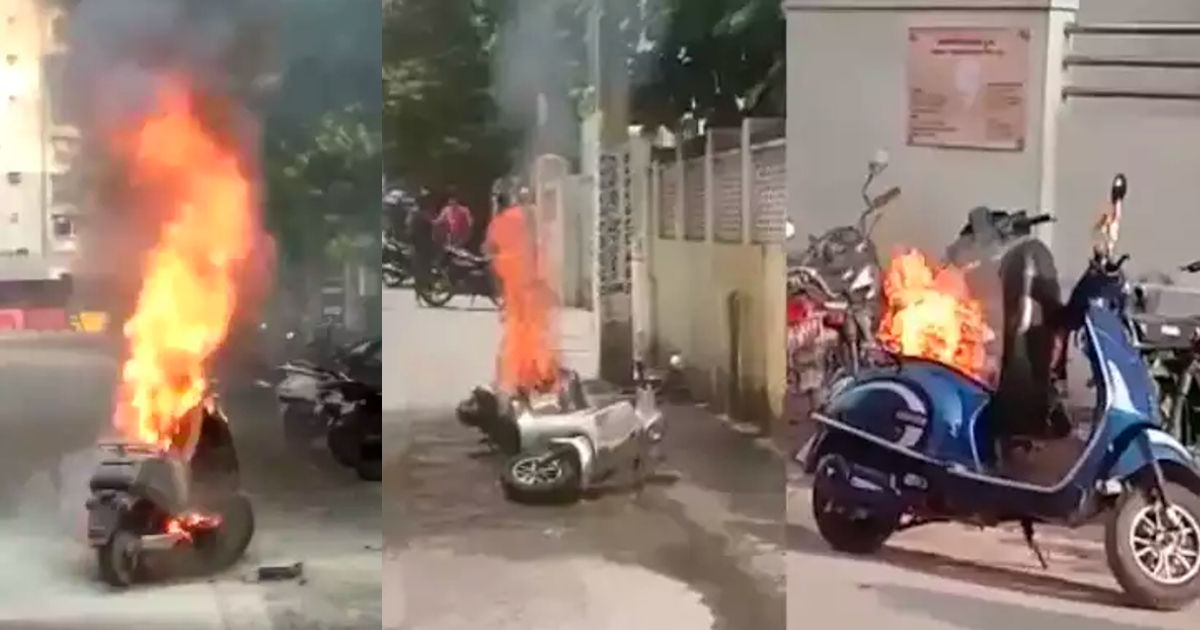 In a horrific incident, a SaharaEVOLs-made electric scooter caught fire in Andheri, Mumbai. This incident pertaining to fires in EVs is the fourth one of its kind since September. This highlights the lack of stringent safety regulations as well as the lack of quality control in the EV market currently. The SaharaEVOLs X1 electric scooter that caught fire in Andheri was seen in a video to be fuming on fire for a period of three minutes. SaharaEVOLS is a Sahara Group subsidiary and was incepted in 2019. The company recently landed a venture together with SuperEco Automotive to produce 50,000 two-wheelers and 6,000 three-wheelers.

SaharaEVOLS which is a subsidiary of Sahara Group entered the EV space back in 2019. The company also came to an agreement with SuperEco Automotive to produce 50,000 two-wheelers and 6,000 three-wheelers. Now, one such SaharaEVOLs X1 electric scooter caught on fire in Andheri in Mumbai. Upon being contacted, SuperEco Automotive claimed to be scrutinising and working towards to root of the cause and also mentioned that the company manufactures the vehicle by itself but sources the battery from a third-party vendor.

“In the Indian EV segment there is a lot of dependence on imports especially for batteries so a mechanism needs to be put in place so that safety-related incidents can be avoided or reduced,” said Suraj Ghosh, Associate Director at IHS Markit.

Improper conditioning and safety nets on battery systems of most EVs seem to be creating a ton of problems. It was earlier reported that two electric scooters from PureEV were followed by an Okinawa electric scooter. 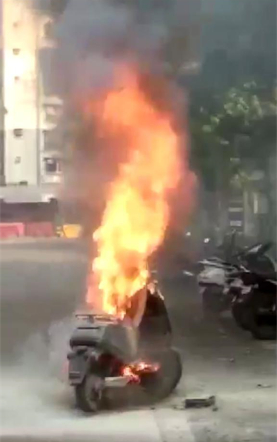 SaharaEVOLs incident along with the other that predated it, suggest the lack of proper enforcement of quality control measures as well improper procurement of battery systems. As ET highlights, India does not produce lithium-ion batteries, and most outsourced battery supplies enter India from China. A proper regulatory procedure that ensures safety must be deployed. EVs have much fewer moving parts than a conventional vehicles making them much less complex. However, the battery system forms an important part of the vehicle and must undergo thorough R&D and testing to ensure proper cooling and functioning especially in India, which has a variety of climatic conditions.