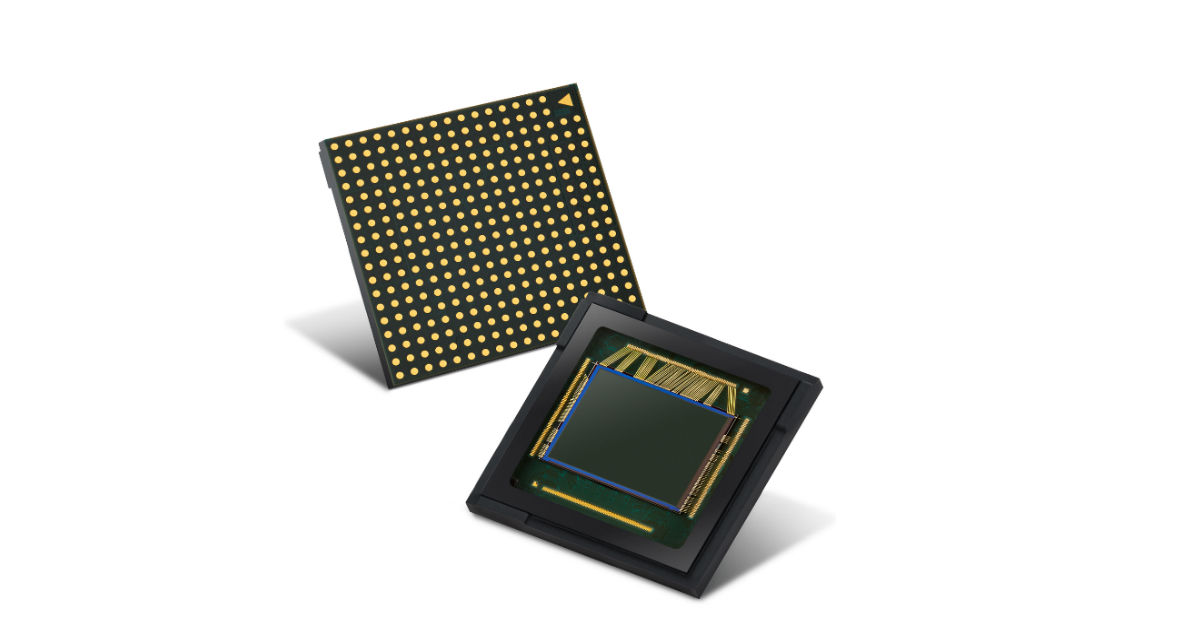 Samsung has been making great strides in mobile camera sensors in the last few years, and is now developing a massive 576MP sensor. The South Korean manufacturer was the first in the world to launch a 108MP smartphone camera, which is currently being used in a lot of phones, including Samsung’s own flagships. Recently, the company also announced the world’s first 200MP camera sensor, called the Samsung ISOCELL HP1. It also launched a 50MP sensor with Dual Pixel Pro technology that features all-directional focusing.

The 576MP camera by Samsung is currently in development and is scheduled to be unveiled in 2025. This information was revealed during a presentation at the SEMI Europe Summit. During the presentation, Samsung Electronics Senior VP of Automotive Sensor, Haechang Lee, showed a timeline of the company’s Pixel Scale Down trend. You can see in the timeline that Samsung plans on launching a 576MP sensor in 2025. 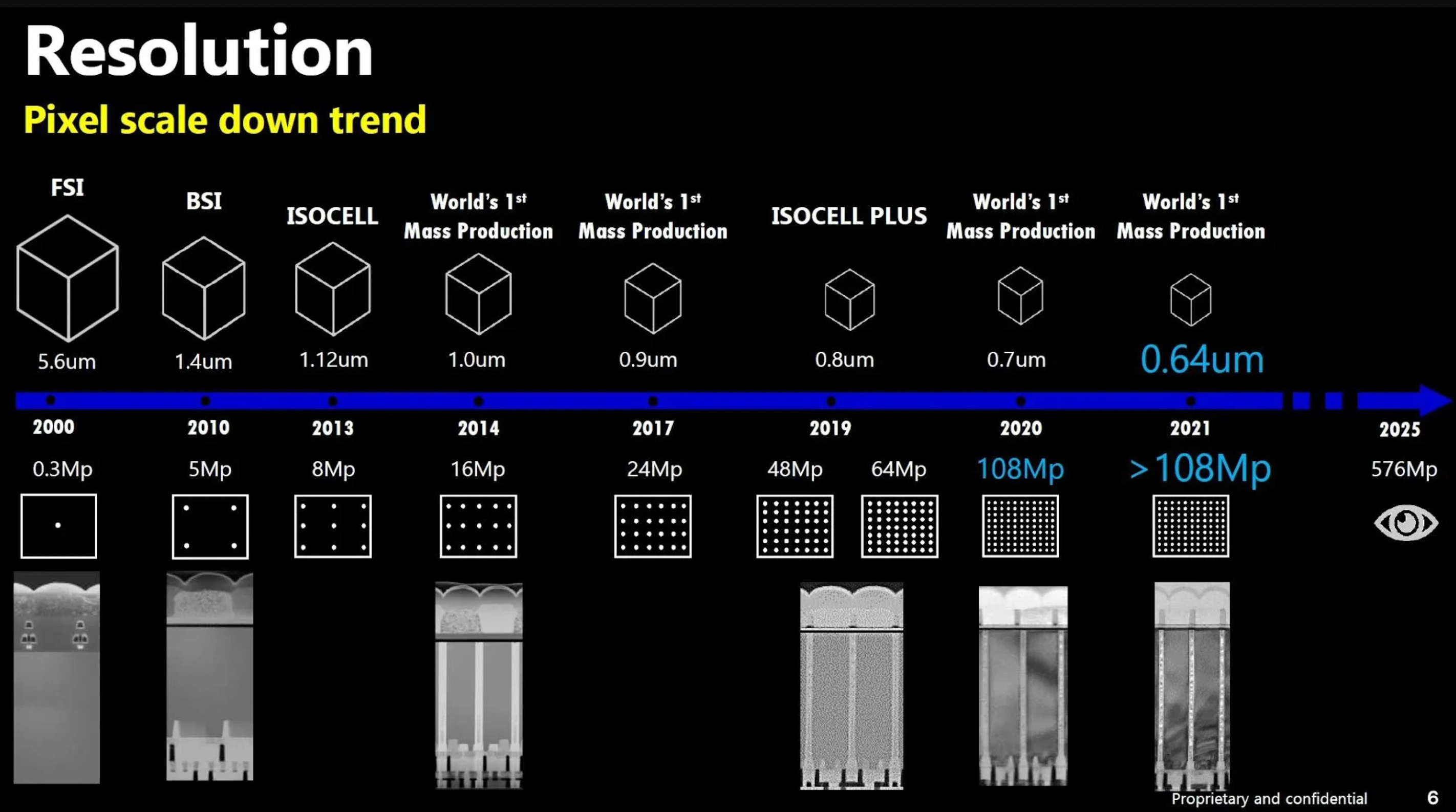 We also see the launch timeline for a higher than 108MP sensor in 2021, and Samsung did deliver the 200MP ISOCELL HP1.

Now, coming back to the 576MP sensor, according to insiders, Samsung didn’t develop it to be used in smartphones. The company is developing it for use in automobiles but also plans on using it in drones, medical equipment, and IoT devices. However, it is likely that sometime in the future, Samsung may use the 576MP camera sensor on a smartphone. The 576-megapixel sensor goes beyond what the human eye can see, which means that photos from it will be of ultra-high resolution.

Samsung is also improving its pixel binning technology, which could be used on the 576MP sensor if it ever makes its way to a smartphone. This sensor reportedly has 0.8µm pixels and is 1/0.57″ big. If used in a phone, you can surely expect a large camera bump. The company wants its sensors to be used in products other than smartphones. That’s a good move, as they’ve been doing some great stuff in the camera sensor business.