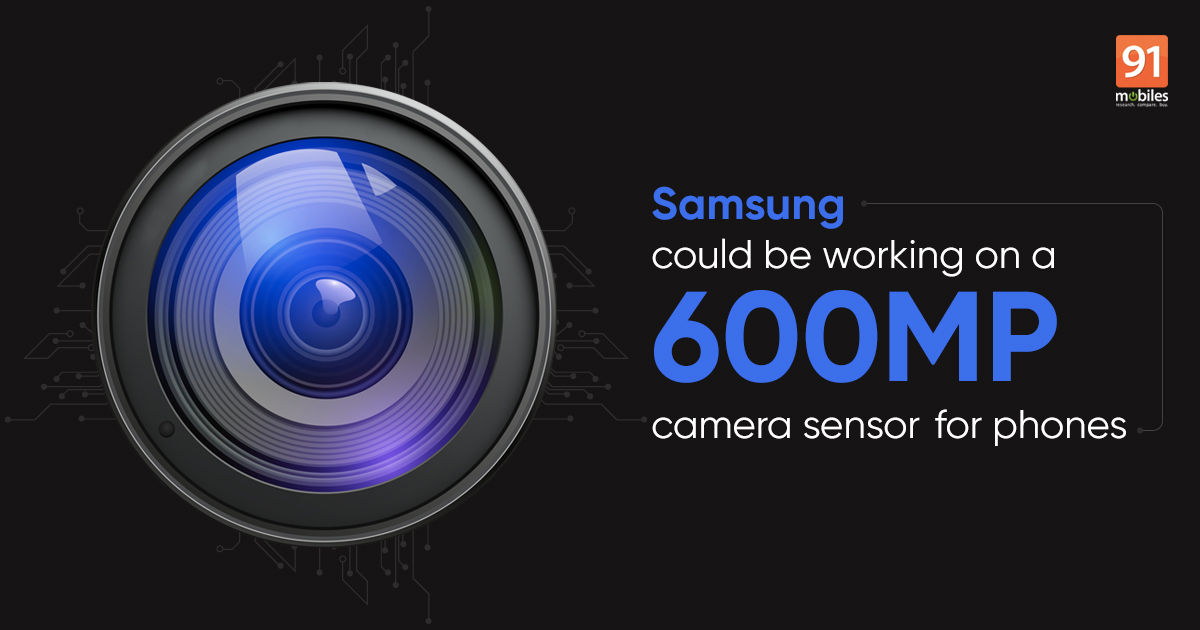 Samsung is reportedly working on a whopping 600MP camera sensor for smartphones. Prolific tipster Ice Universe stumbled upon a slide that happened to shed some light on how it works. It also put in perspective just how much of an arduous task it would be to develop a massive 600MP sensor, and how it would appear in front of current-day camera sensors like Samsung’s own 108MP ISOCELL HM3. Among other things, the yet-to-be-named sensor aims to improve the 4K and 8K video recording prowess of smartphone cameras. The absurdly high megapixel count is likely put in place to facilitate never-before-seen zooming technology on smartphones.

Given the sensor’s massive megapixel count, it would be reasonable to assume that Samsung’s upcoming 600MP camera sensor is huge. The slide estimates that the sensor, by its lonesome, can gobble up as much as 12% of the available smartphone area. It will also protrude out 22mm, making it rather unportable. Given the sensor’s massive 1/0.53″ size, getting the camera bump down will be rather tricky. 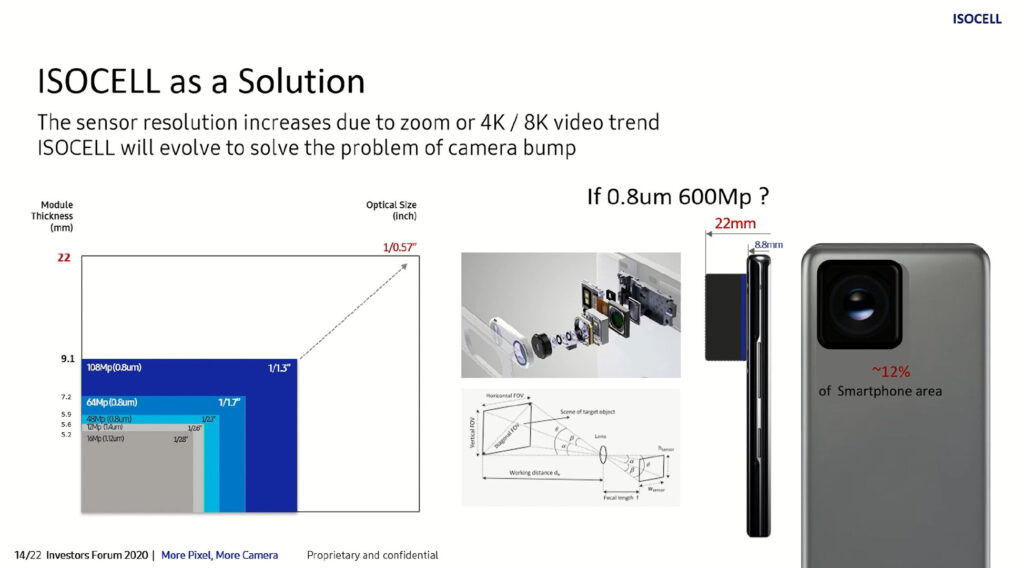 Given the complexities associated with manufacturing such a camera sensor, it is unlikely that we’ll get to see it in action anytime soon. Samsung needs to iron out a lot of kinks with its 600MP sensor before it can make its way into a commercially-available smartphone. However, we could still see it in conceptual devices not intended for a full-scale release.

We may not see a 600MP camera phone in 2021, but it might be too soon to say for sure. From what we know, the upcoming Galaxy S21 series will stick with a maximum of 108MP camera. For a phone to support a 600MP camera, it needs a mobile platform that is also capable of doing so. Currently, the Snapdragon 888 flagship chipset can support up to a 200MP single camera sensor only.