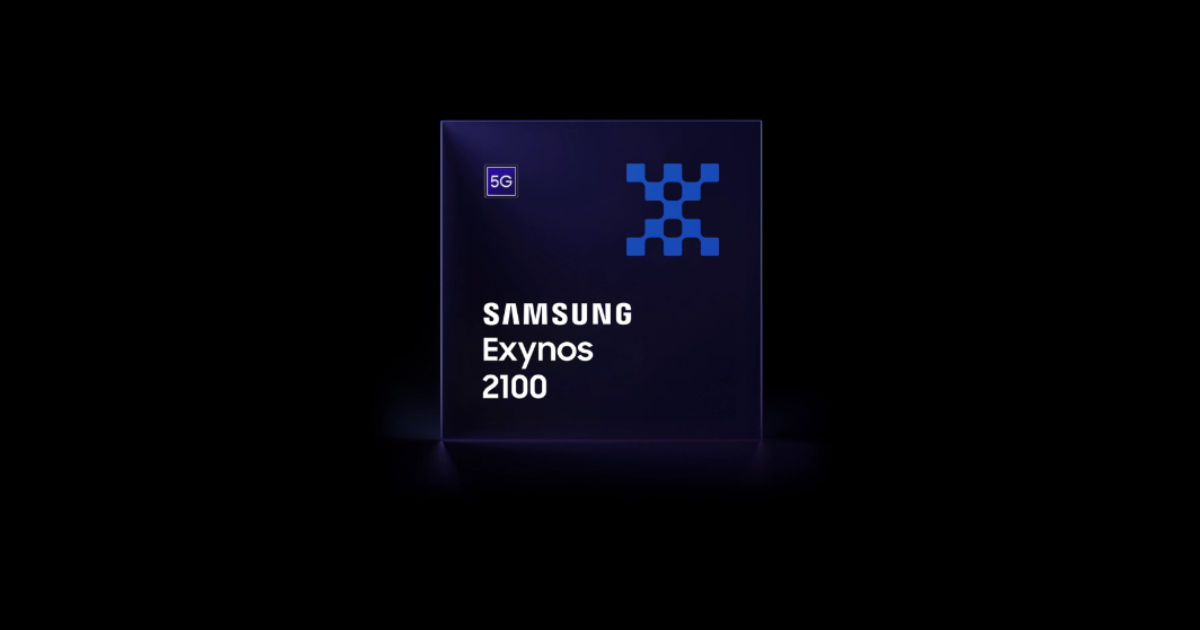 The Samsung Galaxy S21 series is set to launch globally and in India on January 14th. Ahead of the launch, Samsung has unveiled the new Exynos 2100 processor. It is the first Exynos chipset to get its own launch event and also the first flagship chipset from Samsung with an integrated 5G modem. The Exynos 2100 chipset is expected to power the upcoming Samsung Galaxy S21, Galaxy S21 Plus, and Galaxy S21 Ultra smartphone in many regions around the world, including India. Exynos flagship chipsets have trailed their Snapdragon counterparts in the past. In order to fix this, Samsung has switched from their own custom Mongoose cores to ARM cores on the Exynos 2100.

As mentioned above, the Exynos 2100 is Samsung’s first 5G-integrated flagship mobile processor. The modem can provide a maximum downlink speed of up to 5.1Gbps in sub-6GHz and 7.35Gbps in mmWave. The Exynos 2100 is also the second chipset from Samsung built on a 5-nanometer extreme ultra-violet (EUV) process node. This allows up to 20-percent lower power consumption or 10-percent higher overall performance as compared to its 7nm predecessor. The Snapdragon 888 is also fabricated at Samsung’s 5nm EUV foundry.

The CPU is made up of a single powerful Arm Cortex-X1 core that runs at up to 2.9GHz, three high-performing Cortex-A78 cores, and four power-efficient Cortex-A55 cores. Samsung claims it is 30% faster in multi-core tasks than the Exynos 900. The chipset also features the new 14 core Mali-G78 GPU which supports the latest APIs such as Vulkan and OpenCL. Samsung claims a 40 percent improvement in graphics performance.

The new tri-core NPU has architectural enhancements such as minimizing unnecessary operations for high effective utilization and support for feature-map and weight compression. As a result, it can perform up to 26-trillion-operations-per-second (TOPS) with more than twice the power efficiency of the Exynos 900.

The new ISP (Image Signal Processor) on the Exynos 2100 supports camera resolutions of up to 200-megapixels and can connect to six individual sensors and process data from four of them simultaneously. With the help of a multi-camera and frame processor (MCFP), the ISP can also combine feeds from multiple cameras to improve zoom performance and enhance image quality for ultra-wide shots. Lastly, the chipset supports refresh rates up to 144Hz, HDR10+ displays with up to 4K resolution, and enables 8K TV-out.