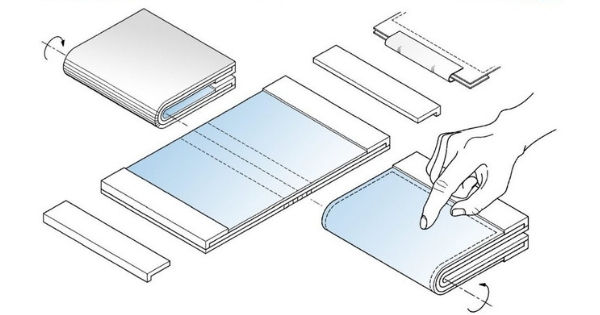 It’s no longer news that Samsung is working on a foldable smartphone. Recently, the brand tweeted a cryptic video for its Developer Conference being held next month, which gives a nod to the foldable tech and possible launch of the smartphone next month. Samsung’s Vice President of marketing for PCs, Lee Min-cheol then confirmed that the company is also working on a foldable display laptop. Now, a new leak has appeared on the Internet, revealing a design patent for a foldable tablet. 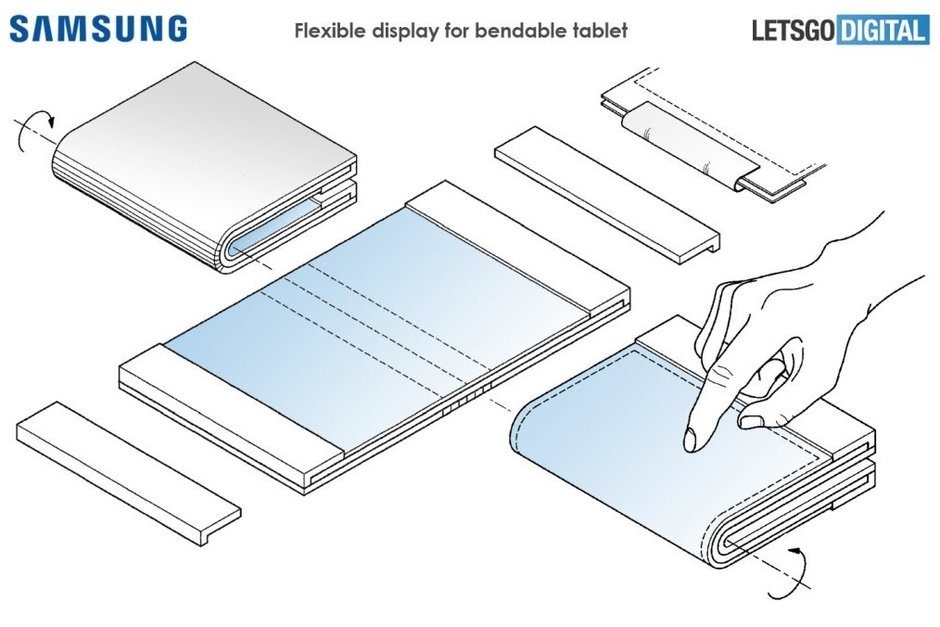 According to the patent, the device can be used as a tablet when unfolded. Moreover, if the user wants a more compact form factor to use the tablet on the go, it can be folded in half to use one half of the display in a smartphone-like interface. When folded, the other half of the display is turned off and preserves battery. Additionally, folding the tablet on the other side will close it, allowing users to put it in the pocket and also protect the display. The patent also reveals massive bezels on either side of the display to house critical components. The patent image also reveals a hinge-like mechanism in the middle of the display. However, no details of the spec sheet and launch timeline are known at the moment.

The crossroads between the present and the future – Samsung Developer Conference is where you’ll meet the knowledge needed to stay on tech’s cutting edge. #SDC18
Learn more: https://t.co/t66edOWIUi pic.twitter.com/bDZHuZVWee

In the aforementioned video, Samsung has revealed that the Developer Conference will be held on November 7th and 8th in San Francisco, California. While the Developer Conference is not known for hardware launches, Samsung might change things this year. According to earlier rumours, the smartphone is tipped to ship with a 7-inch flexible OLED panel that folds in the middle. The phone is speculated to come with top-end Exynos 9800-series chipset and Android 9 Pie out of the box.

As of now, it is advisable to take all of this information with a pinch of salt. We expect more developments in the coming days, so stay tuned to 91mobiles.