91mobiles.com
Home Feature Samsung foldables are here to take on competition with their flagship cameras 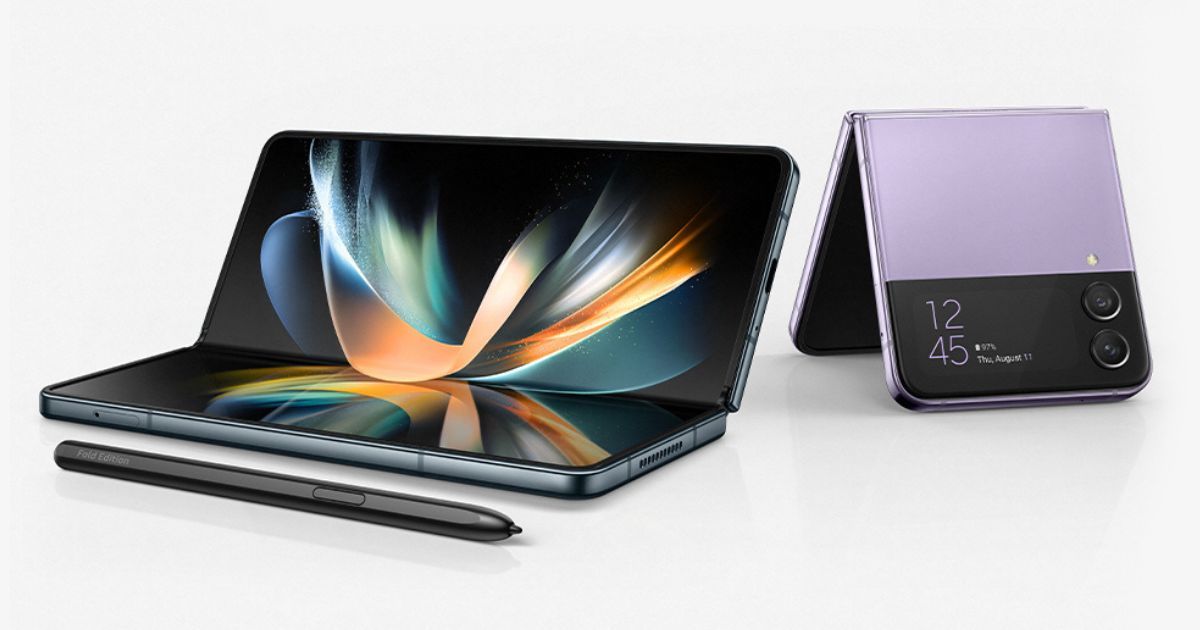 Over the years, Samsung has established itself as a camera king in the smartphone space. Its flagship phones have regularly set benchmarks that competitors have struggled to match. And while iPhone models have come very close in the past, Samsung’s recent launches have re-established the company’s dominance in this department. We’re talking, of course, about the Samsung Galaxy Z Fold4 and Galaxy Z Flip4. Choosing between Samsung’s high-end foldable phones or the iPhones for camera performance might be a hard choice on the surface for many but we’re going to give you a brief explainer on which brand’s phones take the edge in this department.

While specs on paper are not everything, they sure give an advantage to the Samsung Galaxy Z Fold4 even against the highest-end iPhone 14 Pro Max. It comes with a higher resolution 50MP main sensor that allows you to capture absolute masterpieces in all kinds of lighting conditions. While the iPhone 14 Pro models do come close with 48MP primary camera sensors, the regular iPhone 14 models fall short by a mile with just 12MP primary sensors. The Pro-grade camera of the Samsung Galaxy Z Fold4 easily delivers extra detail in your photographs. And its special Detail Enhancer technology works towards elevating depth and sharpness to bring out the best aspects of your shots.

The Galaxy Z Fold4 also has an adept set of telephoto and ultra-wide cameras. While the former features a 10MP sensor and offers 3x optical zoom, the latter offers a 12MP sensor with a lens that can go as wide as 123 degrees. Both these cameras are equipped with the same Pro-grade brilliance that allows them to always return professional-looking shots. Speaking about the Galaxy Z Flip4, it’s got a couple of 12MP cameras on its back that excel at capturing breath-taking photos and videos. Its competitor in the Apple realm, the iPhone 14, also has similar resolution cameras but they are devoid of technologies like Flex Cam, Quick Shot, and others, which we’ll be speaking about in some time. To conclude, the Samsung Galaxy Z Fold4 and Galaxy Z Flip4 ship with feature-rich camera hardware that allows them to offer the kind of extra detail that is hard to match.

The foldable advantage for innovative photography

As you might already know, these Samsung phones are one-upping iPhones with their foldable nature. While the Galaxy Z Fold4 folds vertically and offers two full-size displays, the more compact Galaxy Z Flip4 folds horizontally and offers an additional small display on its outer cover. Both these design choices have been utilised beautifully to help the phones deliver innovative ways in which they can be used for capturing photos and videos.

For instance, the Galaxy Z Fold4 comes with a path-breaking 4MP under-display camera and a 10MP Cover camera, however, you can simply use its high-resolution rear camera setup to capture selfies. With the cover open, you can have the second screen act as a viewfinder and click high-resolution selfies. Let us tell you that selfies captured using the 50MP main camera of the phone possess impeccable quality. And if you’re going for a group selfie, you can switch to the 12MP camera to make the most of the phone’s ability.

Another great feature is Dual Preview, with which you can let your subject assume control of the framing before you capture their photograph. And then there’s Capture View, which populates the large internal display of your phone with quick previews of the photos you’ve just clicked so you can check them out while the camera is running, without heading into the Gallery app. Once you get used to all these features, photography is an absolute treat on the Galaxy Z Fold4. 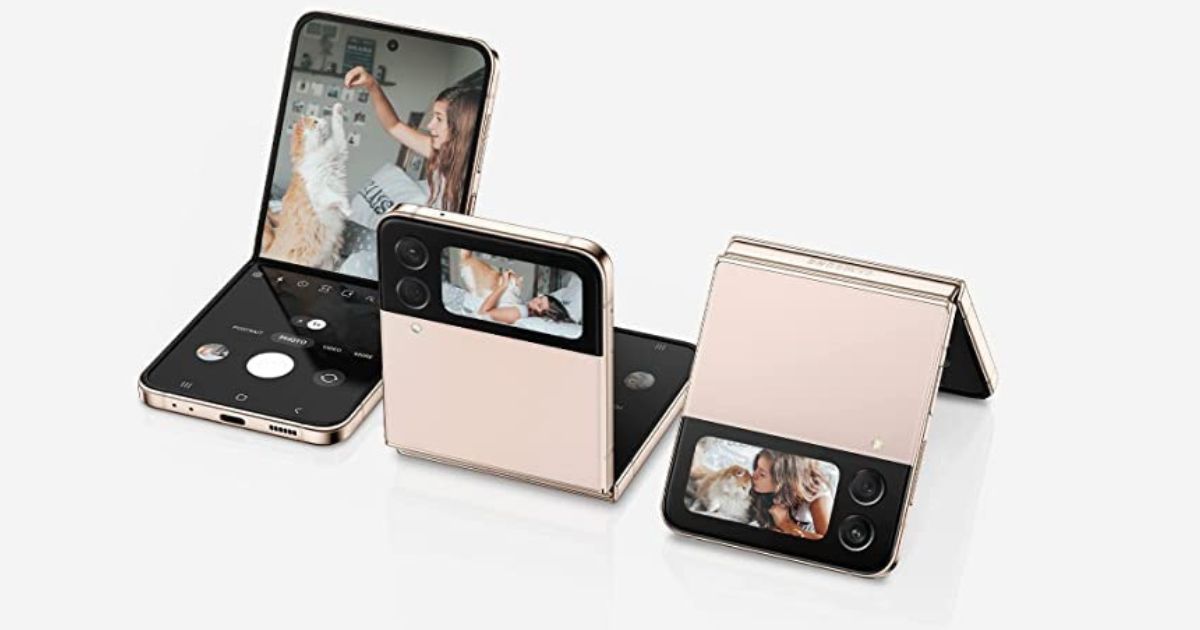 And the same stands true for the Samsung Galaxy Z Flip4, which is all about its FlexCam feature. It makes for a versatile, hands-free camera experience by letting you take advantage of the phone’s agile angles. Those who’re used to carrying gorilla pods around can just forget about them if they own this device. The Galaxy Z Flip4 can be set on any surface with its screen tilted at your angle of choice to capture shots from truly mind-blowing perspectives. A group photo, where everyone can see how they are looking is one great use of the FlexCam feature. And this kind of photo can also be captured with the rear cameras, as the outer Cover Screen can then act as a viewfinder.

With FlexCam enabled, certain apps automatically adjust their interface to become more user-friendly. The Camera app turns the top half of the screen into a viewfinder, while the bottom half houses icons to click photos and change modes. Similarly, FlexCam also allows the Gallery app to show photos and videos on the top portion of the screen and use the bottom portion as a surface where users can swipe left or right to go through them. And then there’s Quick Shot, a feature that allows you to capture selfies without even opening the folding device. Just tap the power button twice to turn the camera on and use the Cover screen as a viewfinder. As you can see, Samsung has made the most of the foldable nature of these devices by enabling innovative features that you won’t find on any other phones in the market, let alone iPhones.

Nightography brilliance – Capture the low-light shots like a pro

It’s no surprise that both the Galaxy Z Fold4 and Galaxy Z Flip4 ship with the Nightography suite that has received so much love since its arrival on Samsung phones. When capturing shots during the night, Nightography automatically chooses the ideal frame rate to catch as much light and detail as possible. It also takes the assistance of Samsung’s Super Night Solution to minimize noise. The ultimate result is shots that look stunning even if they’re captured with very little artificial light around. Apple’s Night mode can produce some good shots as well but Nightography combines several techniques to offer a better output overall.

Additionally, Nightography is made even better by the phones’ enhanced OIS and VDIS capabilities as well as the new AI-based ISP that’s powered by Snapdragon 8+ Gen 1 chip inside them. According to Samsung, Nightography leads to 23 percent brighter images on the Galaxy Z Fold4. The Nightography brilliance means you get bright, detailed, and life-like photographs even in dark environments and it’s no surprise that this cutting-edge technology has found its way onto Samsung’s foldables.

Amazing Space Zoom – Nothing is too far 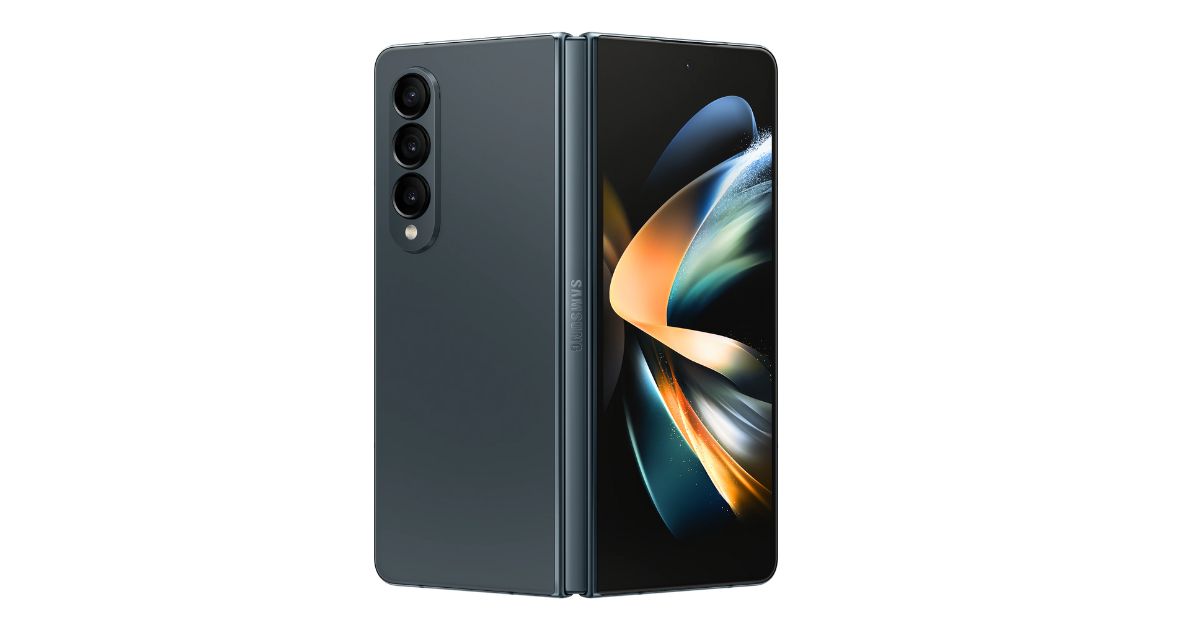 And advanced algorithms ensure that there’s as little loss in quality as possible. The result is stunning shots of far-away subjects that you’d never think were possible to be captured without owning a professional camera-lens combo. Those rare birds that you spot while on a hike or those beautiful sunsets that are usually spoiled by digital zoom are all within reach thanks to Space Zoom. Compared to this, the basic iPhone 14 models only offer digital zoom and while the Pro models do offer 3x optical zoom, nothing that can compare to the amazing Space Zoom feature is present on iPhones as of now.

With all the points we discussed above, it is clear that the Samsung Galaxy Z Fold4 and Galaxy Z Flip4 are appealing, especially for photography enthusiasts. Their flagship camera features are too good for even iPhone loyalists to ignore.