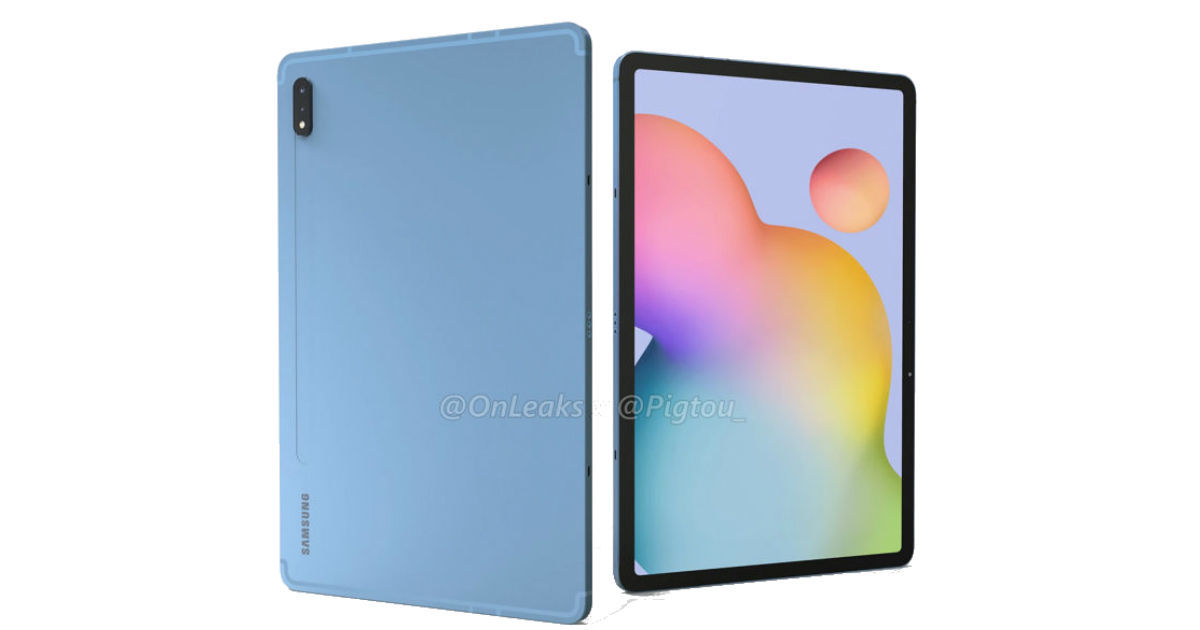 Samsung Galaxy Tab S7 series has been in the news a lot lately, which means we’re probably close the announcement. We recently came across leaked renders of the vanilla Galaxy Tab S7 showing off the complete design. The premium tablet is said to retain the S Pen support and will also offer dual-rear cameras. Now, the Galaxy Tab S7+ with model number SM-T976B has been spotted on the Geekbench benchmarking platform by Nashville Chatter. The tablet has managed to score 4,277 in single-core and 13,286 in multi-core tests, respectively. The listing reveals the Android version, RAM and chipset details of the upcoming Samsung tablet. 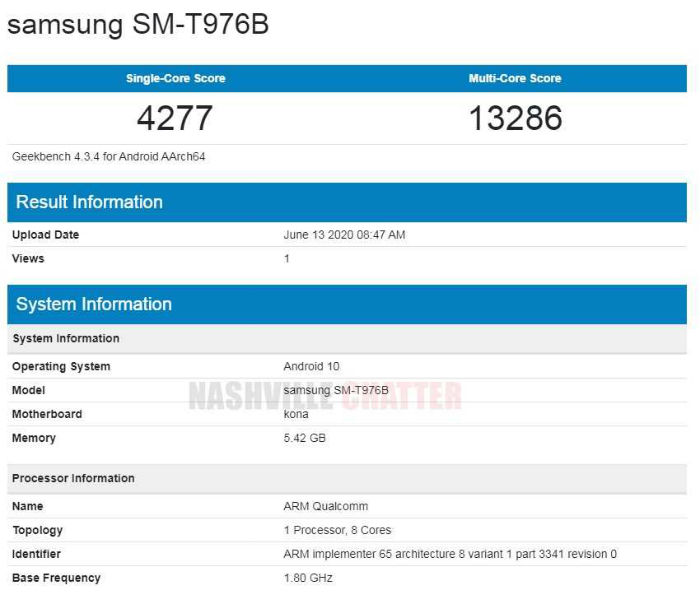 According to Geekbench, the Samsung Galaxy Tab S7+ with model number SM-T976B will boot Android 10 OS and pack 6GB RAM. However, there could be other configurations at launch. The chipset placeholder mentions ‘Kona’ codename, which usually refers to the latest Snapdragon 865 SoC.

Separately, the Samsung Galaxy Tab S7 series is tipped to feature 120Hz display, according to noted tipster Ice Universe. This will give Samsung a chance to better rival the Apple iPad Pro, which has been using 120Hz displays for two generations now. Though the higher refresh rate usually means higher battery consumption, it may not affect the Galaxy Tab S7 and Tab S7+ as they are rumoured to pack bigger batteries. The Samsung Galaxy Tab S7 series is rumoured to debut alongside the Galaxy Note 20 and Galaxy Fold 2 in August this year.