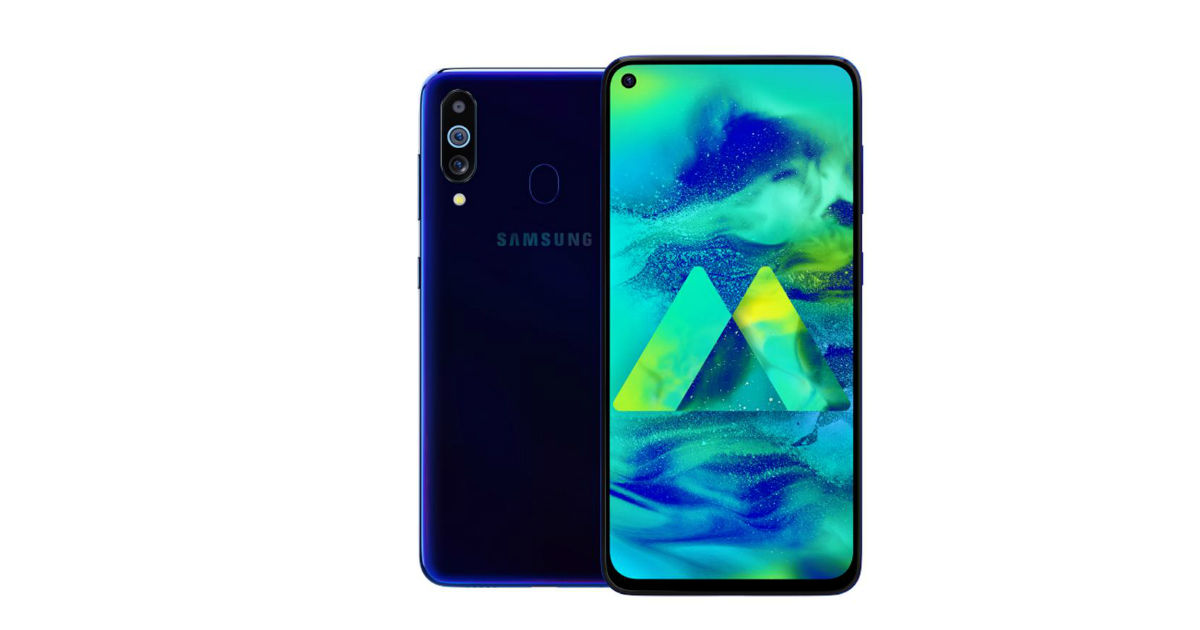 “Samsung Galaxy M40 is expected to come with Infinity O display with a punch-hole design, triple rear cameras, and a rear-mounted fingerprint sensor”

Samsung is scheduled to launch the fourth iteration of Galaxy M series, the Galaxy M40, in India on June 11th. The handset is said to be powered by Snapdragon 675 SoC, coupled with 6GB of RAM and 128GB onboard storage. Now, ahead of the launch, an alleged render of the handset leaked online, courtesy of SlashLeaks contributor @MadSimar. This reveals Infinity O display with a punch-hole design, triple camera setup and a rear-mounted fingerprint sensor, corroborating with previous leaks. Unfortunately, he didn’t post any other details about the Galaxy M40, so we will have to wait for the official launch to know more.

As for the rumoured specs, the Galaxy M40 is more or less confirmed to feature an Infinity O display with hole-punch design. As mentioned, the handset will likely be powered by the Snapdragon 675 processor, paired with 6GB of RAM and 128GB onboard storage. The phone is likely to run Android 9.0 Pie-based One UI out of the box.

The handset is expected to have a rear-mounted fingerprint sensor and a vertically-aligned triple camera module with LED flash just below at the top right corner, similar to the Galaxy M30 smartphone. The camera sensor details as well as information about the battery capacity are not known at the moment. Meanwhile, the Galaxy M40 is tipped to be priced below Rs 25,000, making it the most expensive handset in the Galaxy M series lineup. The render shows the handset in Blue colour, but there will likely be other colour options at the time of launch.