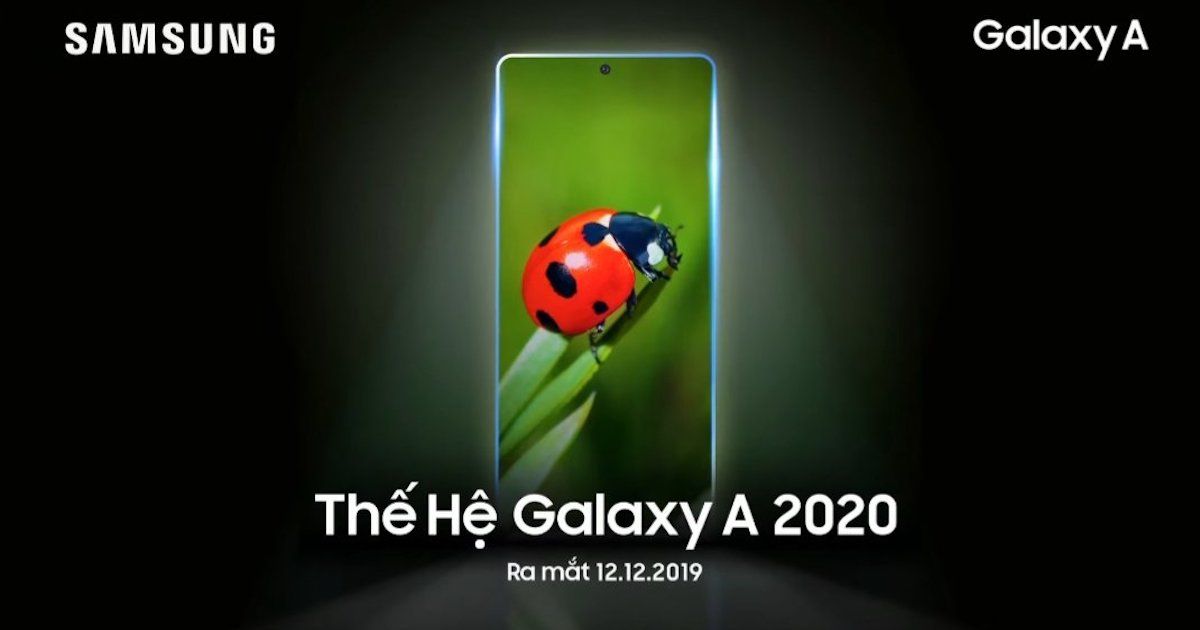 Samsung has officially started teasing the launch of the next generation Galaxy A 2020 series, and it is most likely the Galaxy A51. According to a promo video shared on the official YouTube channel of Samsung Vietnam, the Galaxy A 2020-series launch will take place on December 12th. The teaser does not reveal the name of the upcoming smartphone, but it does confirm that the handset will sport a center-aligned punch-hole cutout much like the Galaxy Note 10. The design seems to be that of the Galaxy A51, which is set to launch in India in December as per a previous report by 91mobiles.  Last month, Pricebaba in association with OnLeaks brought us exclusive renders of the Galaxy A51, revealing a centered punch-hole display, much like the one teased by Samsung this week.

Samsung Galaxy A51 seems to be the first smartphone in the Galaxy A 2020-series from Samsung based on the teaser and recent reports. The successor to the Galaxy A50 and A50s will launch on December 12th in Vietnam. Samsung will also bring the smartphone to more markets, including India, before year ends. The teaser does not provide any specifications of the Galaxy A51, but we do have some information about the smartphone based on past reports.

Samsung Galaxy A51 design will include a bezel-less display and an Infinity-O OLED panel with a punch-hole cutout. On the back, the smartphone will offer a curved glossy panel with an L-shaped quad camera setup. There won’t be a physical fingerprint sensor, so you can expect an optical in-display sensor much like the one on the predecessor, the Galaxy A50.

Samsung Galaxy A51 may key specs may include a 6.5-inch FHD+ display, a 48MP quad camera setup that will include a 5MP macro lens, a 32MP selfie camera, an Exynos 9611 chipset paired with at least 4GB RAM and 64 and 128GB storage options, and a 4,000mAh battery with fast charging support. The Galaxy A51 should also ship with Android 10-based One UI 2.0.

91mobiles had also reported back in October that production of the Galaxy A51 has begun in India, which means the phone could launch in the country soon enough. While the latest Galaxy A 2020 launch date teaser from Samsung highly suggests the launch of the Galaxy A51, it is possible the smartphone could be a more premium model like the Galaxy A91, although this model will likely only release some time next year.