Samsung recently confirmed it will be launching a Galaxy A series smartphone in India every month starting March. Now, the brand has informed users of its Galaxy Members app that it will be holding an event to launch its first Galaxy A phone in India as early as February 28th. Of course, the company has not officially announced a launch date for the series yet. Moreover, the date seems a little odd considering the brand will have its hands full till February 27th thanks to the Galaxy M30 India launch. 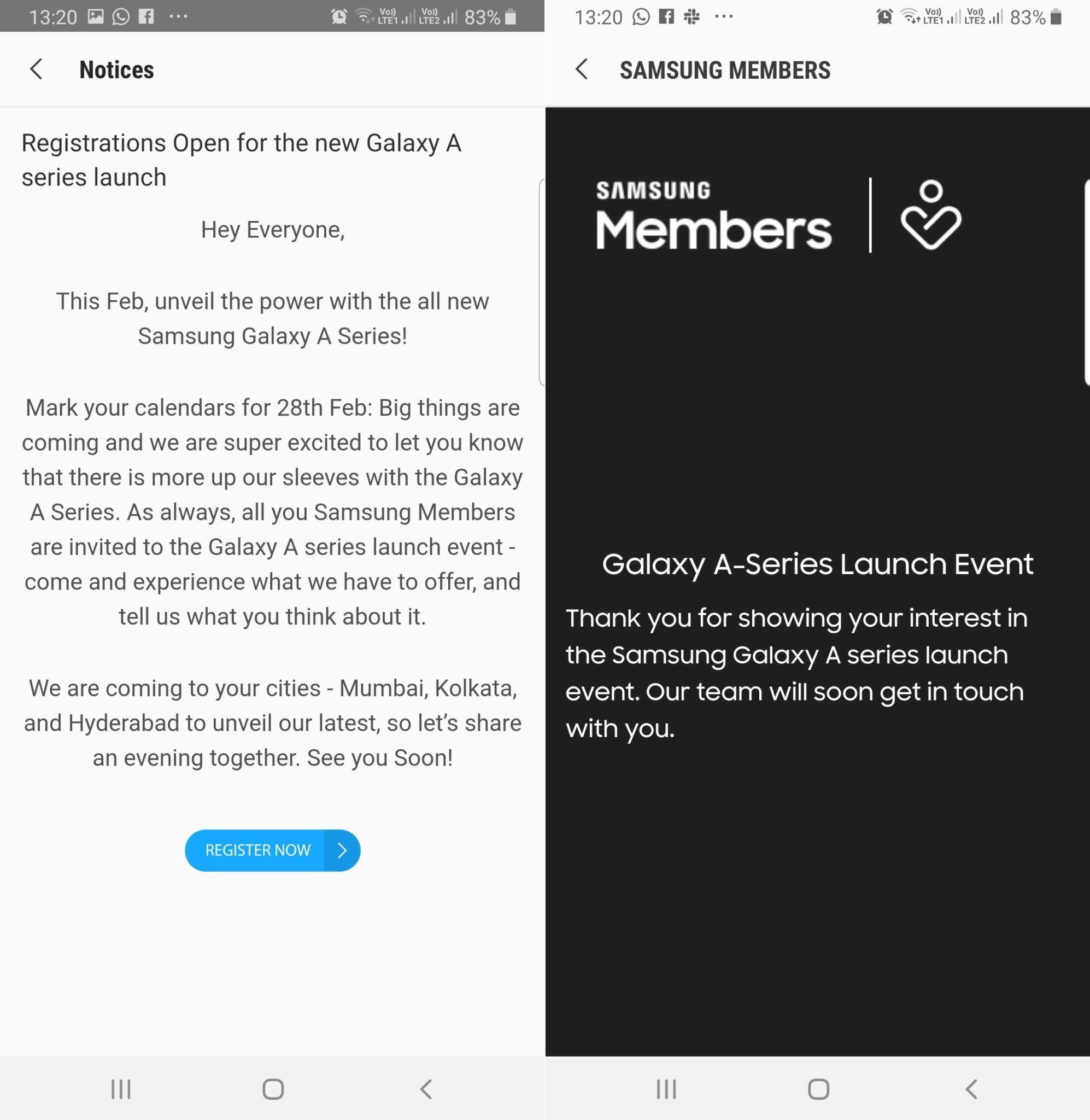 The invite in the Galaxy Members app reads, “This Feb, unveil the power with the all-new Samsung Galaxy A series! Mark Your Calendars for the 28th Feb.” It also claims the brand will be coming to Mumbai, Kolkata, and Hyderabad to showcase the new phone. This likely means pop-up stores will be set up in these cities.

Interestingly, Samsung’s arch-rival Xiaomi also has an event planned out for the day. The Chinese OEM will take the wraps off the latest Redmi Note 7 smartphone with a 48-megapixel camera in the country. The upcoming Galaxy A series phone could be a competitor to that. 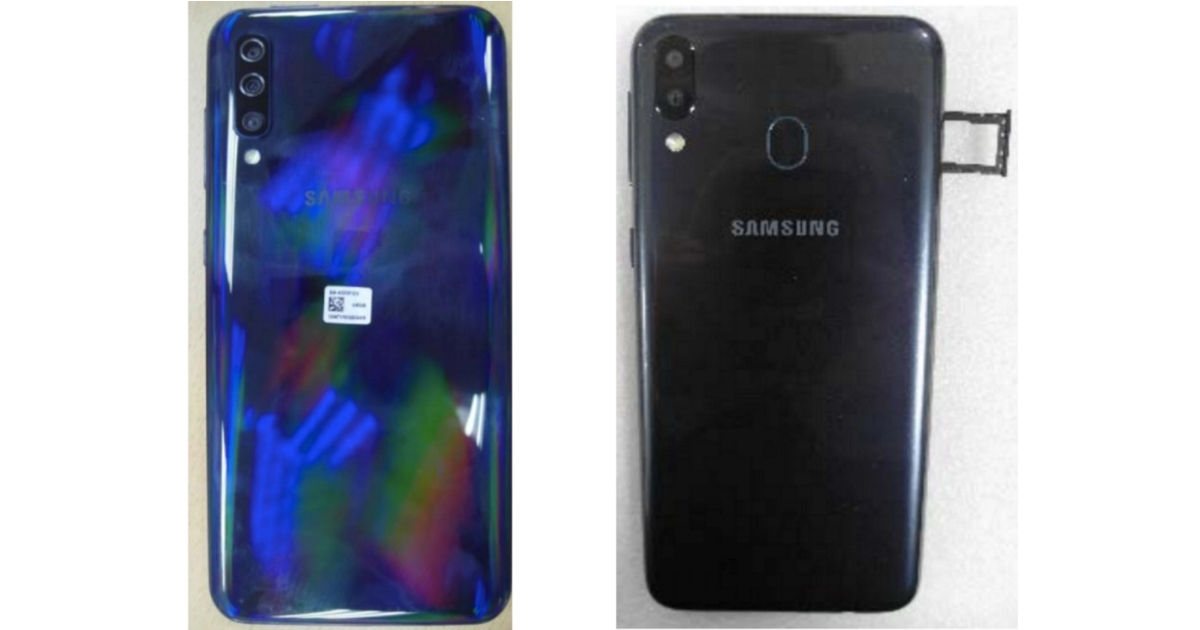 The company hasn’t divulged any information about the smartphone yet but, if previous rumours are anything to go by it could either Galaxy A20, Galaxy A30, or Galaxy A50 smartphones. The handsets have been doing the round off the internet quite a bit lately. Most recently, the live images of the alleged Galaxy A30 and A50 were leaked to reveal up to triple rear cameras. The Galaxy A50 is expected to be the most premium of the three with an in-display fingerprint sensor, Infinity U AMOLED display, and an octa-core Exynos 9610 chipset ticking at its core.