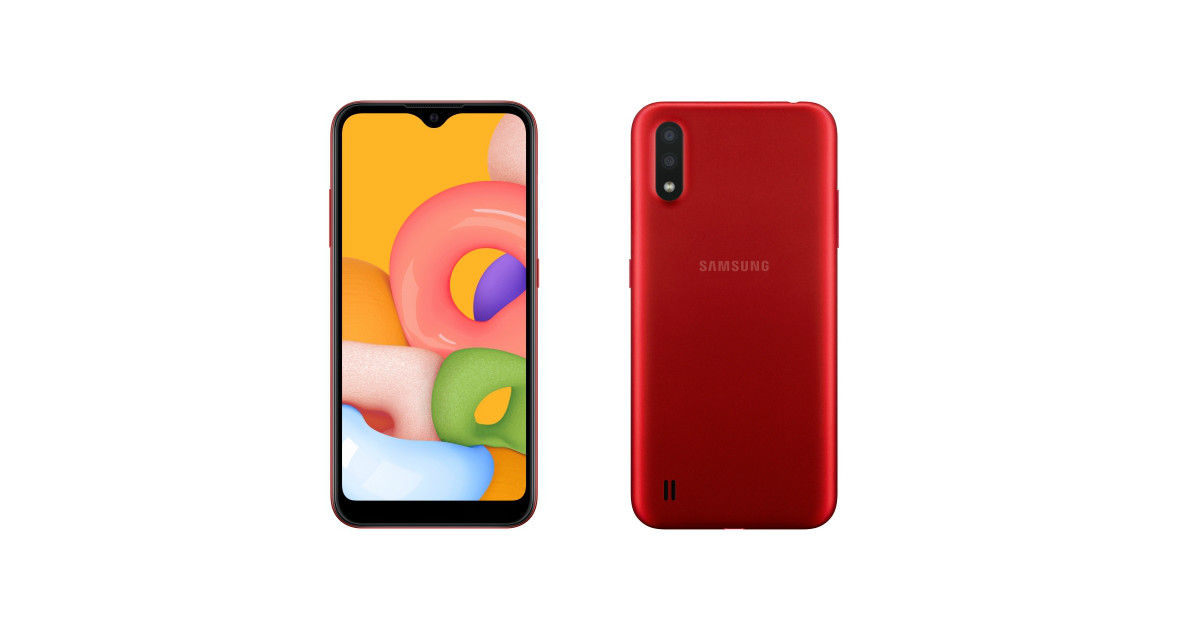 “The Samsung Galaxy A01 is part of the company’s 2020 lineup, and features a robust specifications list for its positioning.”

Samsung has unveiled the Galaxy A01 smartphone, reported to be a budget smartphone and the most basic device in the Galaxy A-series portfolio for next year. Not much has been known or heard about the device so far, and Samsung itself has not made a big splash about it. Nevertheless, the published spec sheet shows an interesting set of details regarding the smartphone, especially in the memory front. According to the published details on Samsung’s official channels, the Galaxy A01 is powered by an unnamed, entry level octa-core chipset clocked at 1.95GHz.

While we cannot be quite sure, it is possible that the chipset in question is an entry-level Exynos SoC. The big surprise, however, is the amount of RAM that it comes with — Samsung lists 6GB RAM for the standard variant, and 8GB RAM as optional. This would be a bit of a departure from tradition, seeing that the Galaxy A01 will sit at the very bottom of the pyramid, and such devices almost always feature up to 3GB of memory at best. The rest of the spec sheet is more or less in line with what you would expect of a device in this category. 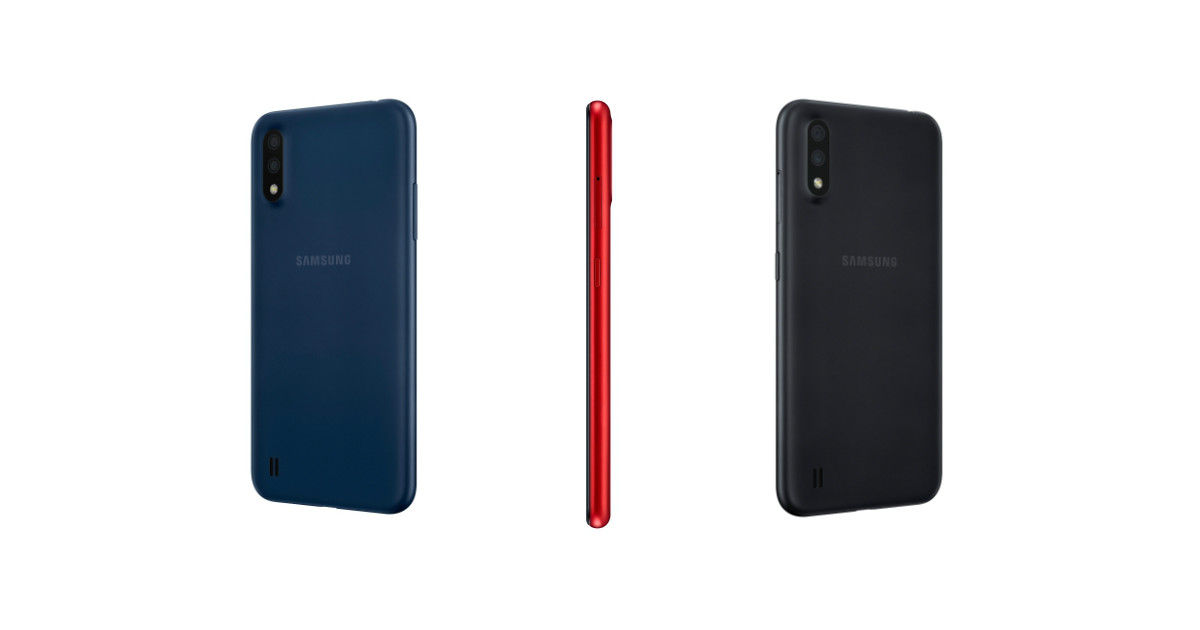 Up front, it features a 5.7-inch, HD+ display with a waterdrop notch, which Samsung refers to as ‘Infinity-V’. The notch houses a 5-megapixel front camera, while to the back is a dual-camera setup that includes a 13-megapixel primary and 2-megapixel depth assistance sensors. The two sensors are paired with f/2.2 and f/2.4 lenses, respectively. For a budget smartphone, the Galaxy A01 features 128GB native storage — yet again fairly commendable for a budget smartphone. It also supports microSD cards for storage expansion by up to 512GB. The storage slot is standalone, aside from the dual SIM slot.

The Samsung Galaxy A01 measures 8.34mm in thickness, and is powered by a 3,000mAh battery. There is no mention of any fast charging standard, or which generation Bluetooth and Wi-Fi modules does it use. It is confirmed to feature a built in FM radio, and will be offered in three colours — black, blue and red. Samsung is yet to announce the markets it will be made available in, and the pricing at which it is expected. Given its spec sheet and market positioning, expect it to fall well within the Rs 10,000 price mark to offer strong competition to other OEMs.

All your questions about the Samsung Galaxy Forever program answered