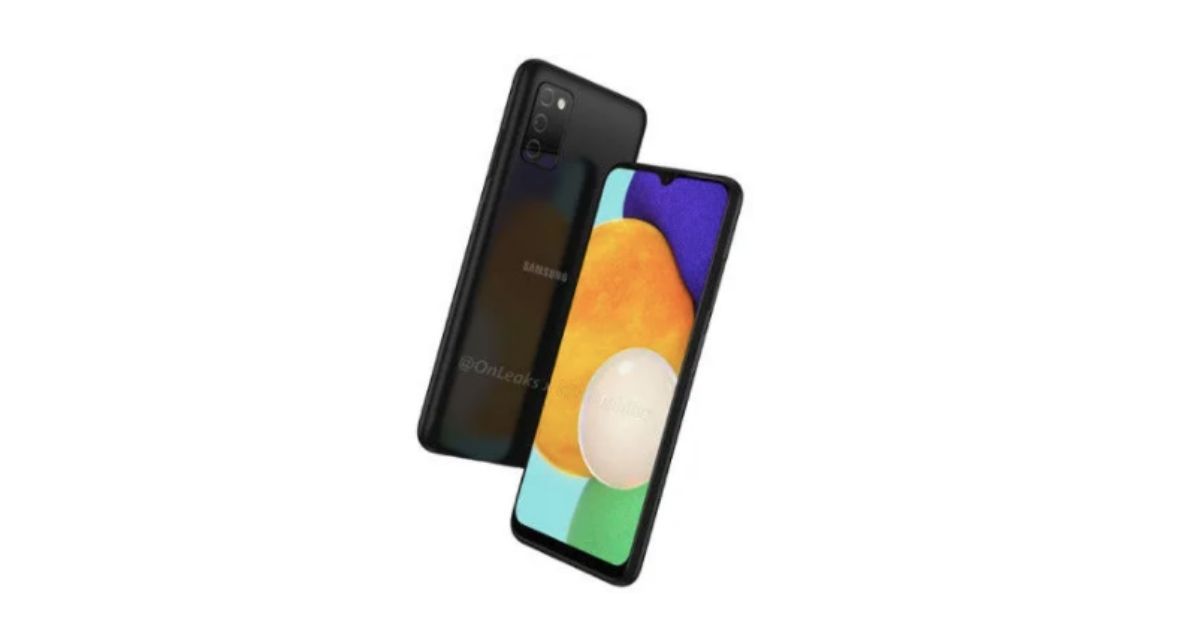 Samsung Galaxy A03 is an upcoming budget smartphone from the South Korean manufacturer. The device has just received its Wi-Fi certification from the Wi-Fi Alliance, which usually means that it’s ready for launch. Samsung could potentially launch this new device in a couple of weeks. The Samsung Galaxy A03 is a trimmed-down version of the Galaxy A03s that was launched last month in India. The budget variant will reportedly feature a Unisoc chipset and run Android 11 out of the box.

The Samsung Galaxy A03 has received the Wi-Fi Alliance certification, but the listing didn’t reveal any hardware details. The phone carries the model number SM-A032F, and comes with Wi-Fi, Bluetooth, and 4G LTE connectivity. 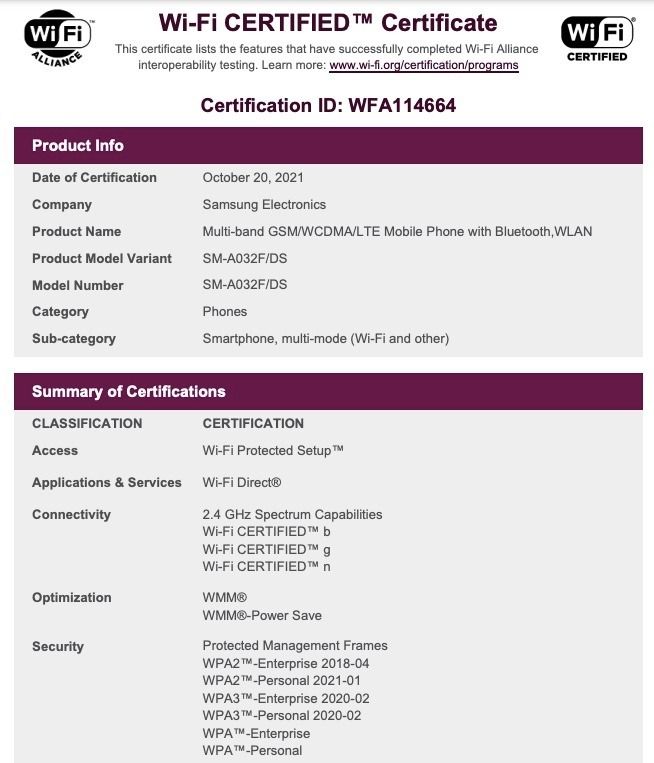 Prior to receiving the Wi-Fi certification, the Galaxy A03 had made an appearance on Geekbench and the FCC. The listing on FCC revealed that the phone will feature a 5,000mAh battery, which is similar to the Galaxy A03s. However, instead of a MediaTek chipset, the Galaxy A03 will reportedly come with a Unisoc SC9863A processor. This has been confirmed via a Geekbench listing. The chipset will be paired with up to 2GB RAM. Other details about the phone aren’t known yet, but we can speculate.

The Galaxy A03 should have a similar hardware sheet as the A03s. We expect it to feature a 6.5-inch HD+ display and a triple rear camera setup with a 13-megapixel primary sensor. The main difference between the A03s and A03 should be just in the processor department. The phone will also most likely come with Android 11 onboard and could come with a side-mounted fingerprint scanner. In terms of pricing, the Galaxy A03s starts at Rs 11,499, which means that the trimmed down Galaxy A03 could start well below Rs 10,000. We will have to wait till the official launch day to find out all the other details.