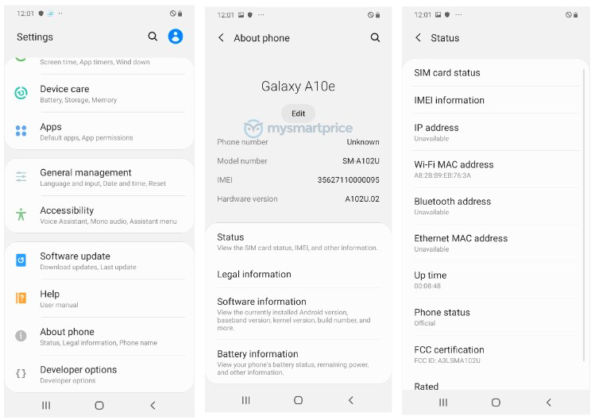 Unfortunately, the FCC listing of the upcoming Samsung Galaxy A10e smartphone doesn’t reveal any information about its hardware. However, it does hint that the smartphone is nearing launch. In the past, the Bluetooth SIG certification revealed that the handset will feature the latest Bluetooth 5.0 standard. The Wi-Fi Alliance, on the other hand, confirmed the Android 9 Pie and the presence of dual-band Wi-Fi 802.11 a/b/g/n/ac. Unfortunately, as of writing this piece, the details of the Galaxy A10e is pretty scarce. 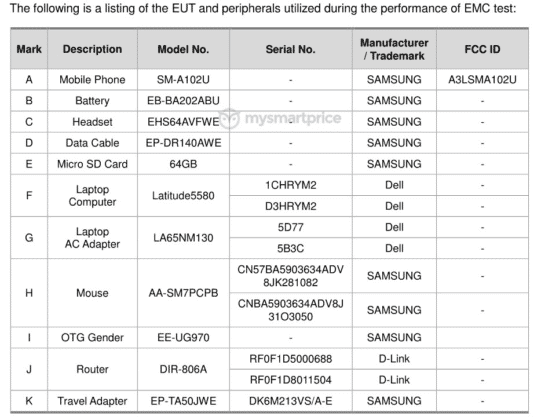 What we do know is that the chaebol launched the Galaxy A20e as a stripped down version of Galaxy A20. This should be the case with Galaxy A10e as well — a more affordable alternative to Galaxy A10. To recall, the Samsung Galaxy A10 features a 6.2-inch Infinity V display with HD+ resolution and 19.5:9 aspect ratio. Powering the performance is the Exynos 7884 octa-core chipset backed by 2GB of RAM and 32GB expandable storage. A 13-megapixel camera at the back and 5-megapixel selfie shooter hold the fort in the camera department. Lastly, the phone boots One UI based on the Android 9 Pie and runs on a 3,400mAh battery.

We will know more in the coming days when the Samsung Galaxy A10e goes official, so stay tuned.