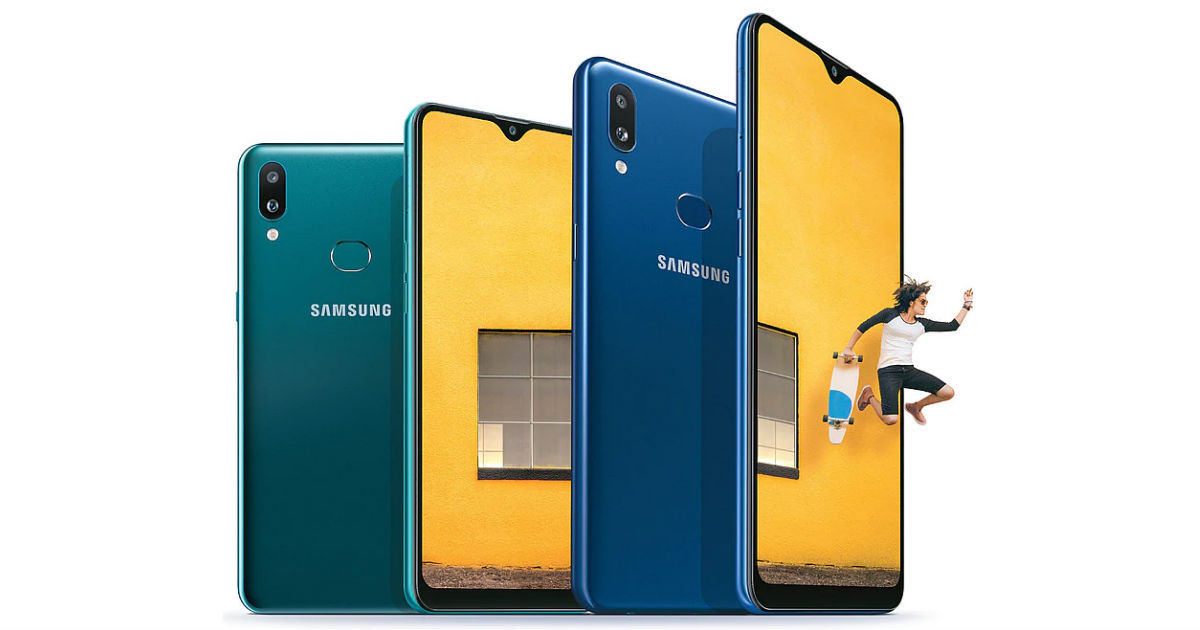 The Samsung Galaxy A10s smartphone has officially been launched in India. The much-awaited handset is the latest budget offering from the brand that was introduced globally earlier this month. Of course, Samsung Galaxy A10s is the successor of the Galaxy A10 smartphone. The new phone packs dual rear cameras and a rear-mounted fingerprint sensor, which its predecessor lacks. It also features a higher resolution front camera sensor, a beefier 4,000mAh battery compared to 3,400mAh on the regular A10. The rest of the Galaxy A10s specifications are the same, including the Infinity-V display, One UI atop Android 9 Pie, and microSD card to further expand the storage up to 512GB.

The Samsung Galaxy A10s price in India is set at Rs 9,499 for the base 2GB RAM + 32GB storage variant. The phone’s 3GB RAM + 32GB storage option comes with a sticker price of Rs 10,499. It comes in Green, Blue, and Black hues and will be available for sale in the country from August 28th onwards on all retail stores, Samsung e-Shop, Samsung Opera House, and all major e-commerce platforms.

Talking about the specifications, Samsung Galaxy A10s sports a 6.2-inch HD+ Infinity-V display with small cut-out up top for the selfie camera. The phone is powered by an unnamed octa-core processor SoC aided by up to 3GB RAM and 32GB user expandable storage. In the camera department, the handset features dual rear cameras with a 13-megapixel (f/1.8) primary sensor and 2-megapixel secondary depth-sensing snapper. For selfies, there is an 8-megapixel shooter with an f/2.0 aperture lens on the front.

The Galaxy A10s runs One UI-based Android 9 Pie out of the box and comes with face unlock functionality. In terms of connectivity, it features 4G LTE, dual-SIM slots, Wi-Fi, Bluetooth, and GPS. Lastly, the handset measures 156.9 x 75.8 x 7.8mm and weighs 168 grams.