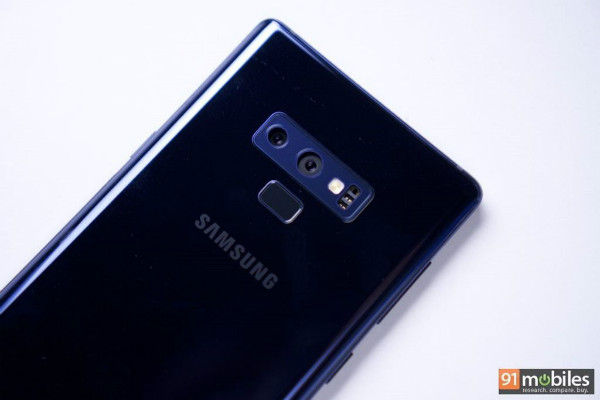 Just yesterday, we posted about the Samsung Galaxy A30, which was listed on Geekbench. Now, yet another A series smartphone has appeared on the site and confirmed some of its specifications. The Galaxy A20 has been spotted on Geekbench and the listing reveals the processor, RAM and the benchmark scores of the phone. This is a budget smartphone that is part of the upcoming A series phones from Samsung.

The South Korean giant is reportedly working on up to nine new A series smartphones and plans on launching them in the first half of 2019. The Galaxy A20 would be the base version in the new series and the cheapest of the lot. However, it shares the processor with the Galaxy A30 and the Galaxy A40. As per the listing on Geekbench, the phone will be equipped with the Samsung made Exynos 7885 chipset. 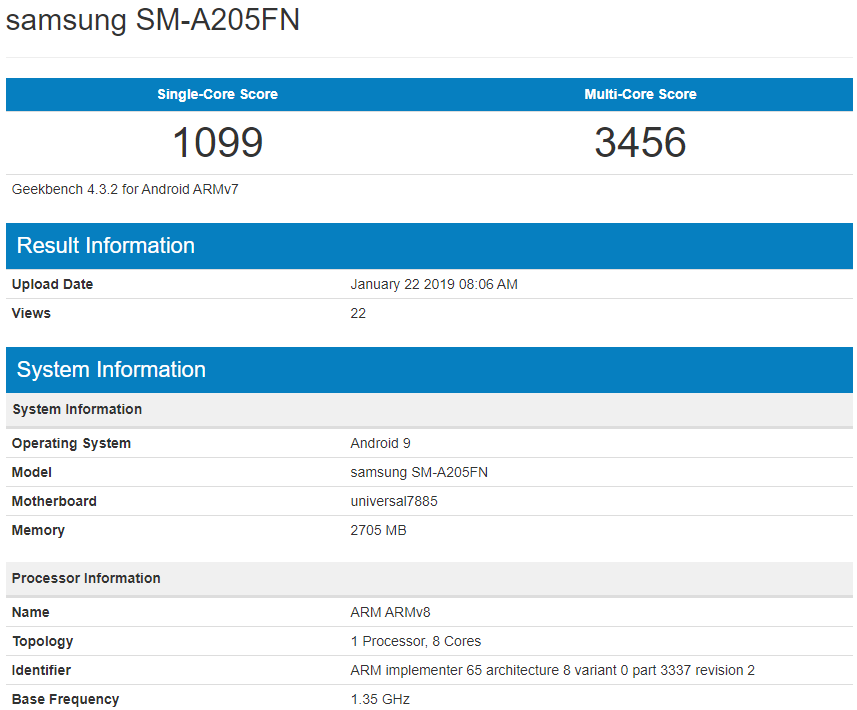 Apart from revealing the processor, the listing also shows that the phone is running 3GB of RAM. This is lower than the RAM that will be available on the other two variants. The device will also run Android 9.0 Pie software, just as the other phones in the series. It will use Samsung’s new One UI as well. These are all the things that the listing revealed. We have no idea regarding the battery capacity, camera setup and other hardware details. The Galaxy A20 will be competing with budget devices from Chinese brands such as Xiaomi, Honor, and Oppo.

Other phones in the same series, such as the Galaxy A50, A70 and A90, will have better hardware. These devices will reportedly feature an in-display fingerprint sensor as well. You can also expect a triple-rear camera setup on some of these devices. The Galaxy A20, A30 and the A40 will most likely feature the Infinity-V display, standard fingerprint scanners and dual-rear cameras. Samsung is also getting ready to launch the Galaxy M series phones in India on January 28th. These devices will also compete with budget Chinese smartphones and the most basic variant will start at Rs 8,990.