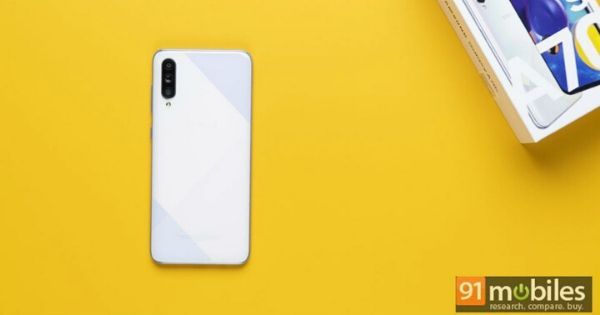 The Galaxy A70s is a mid-range smartphone that comes with a large 6.7-inch FHD+ Super AMOLED display with a U-shaped notch at the top. The phone has an in-display fingerprint scanner and slim bezels all around. It is powered by the Snapdragon 675 chipset, which can be configured with a maximum of 8GB RAM and 128GB storage. The base variant, which comes with 6GB RAM and 128GB storage, is priced at Rs 28,999. It was launched at this price online but was sold offline at Rs 31,000. 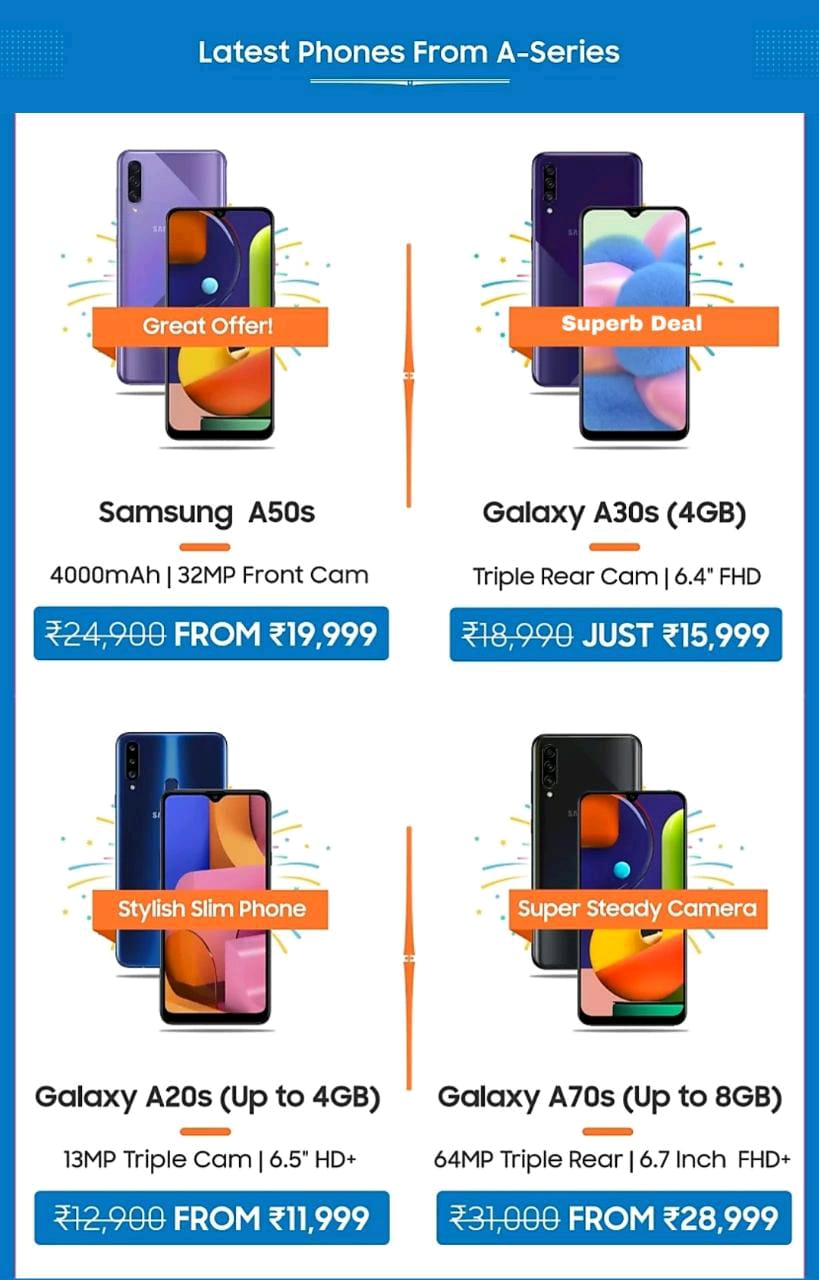 The phone gets a triple-rear camera setup with a main 64-megapixel sensor, which is coupled with a 5-megapixel depth sensor and an 8-megapixel ultra-wide unit. A 32-megapixel sensor is an available upfront for selfies. Samsung has included a 4,500mAh battery on the Galaxy A70s, which supports 25W fast charging.

Coming to the Galaxy A20s, this is a budget offering from Samsung that is powered by the Snapdragon 450 chipset. The phone is available for Rs 11,999 for the base variant, which comes with 3GB RAM and 32GB storage. This variant was sold offline for Rs 12,900 prior to the price cut. The A20s comes with a 6.5-inch HD+ display with a waterdrop notch that houses an 8-megapixel selfie camera.

At the back, the smartphone comes with a triple camera setup consisting of a primary 13-megapixel sensor, a 5-megapixel secondary sensor, and an 8-megapixel ultra-wide sensor. A 4,000mAh battery is available with support for 15W fast charging.