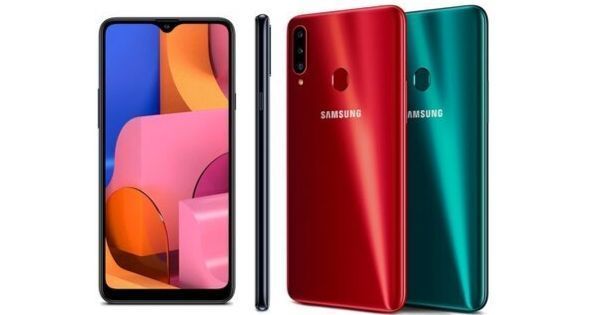 “The Samsung Galaxy A20s price in India has been reduced by Rs 1,000 discount in both offline and online stores”

Samsung has reduced the price of its affordable Galaxy A20s smartphone, which was launched last year in India. The handset’s 4GB RAM variant is now available with Rs 1,000 price cut. This brings the Samsung Galaxy A20s price in India for the 4GB RAM variant down to Rs 12,999 instead of Rs 13,999. It’s reflecting on Samsung online store and Amazon.in, and as reported by Mumbai-based retailer Mahesh Telecom, in offline stores in the country as well. The Samsung Galaxy A20s 3GB RAM variant’s price, which was reduced last month, has not changed and is still set at Rs 10,999.

Samsung Galaxy A20s, to recall, runs One UI atop Android 9 Pie out of the box. It sports a 6.5-inch Infinity-V display that bears HD+ resolution and a waterdrop notch for the selfie camera. The handset has 1.8GHz octa-core Snapdragon 450 chipset paired with Adreno 506 GPU and 3GB/ 4GB RAM under the hood. As for the storage, you get two options: 32GB and 64GB, which are further expandable up to 512GB via microSD card.

The Samsung Galaxy A20s rocks a triple-camera setup for photography. The camera consist of a 13MP (F/1.8) primary sensor, a 5MP secondary unit, and an 8MP ultra-wide-angle lens with LED flash. There is an 8MP shooter on the front for selfies and video chats. The handset has a rear-mounted fingerprint sensor and Face Unlock for security and authentication. Connectivity options include 4G LTE, Wi-Fi, Bluetooth 4.2, and GPS. The entire setup on Galaxy A20s is driven by a 4,000mAh battery with 15W fast-charging support fuels the handset. Lastly, the handset measures 163.3 x 77.5 x 8mm and weighs 183grams.