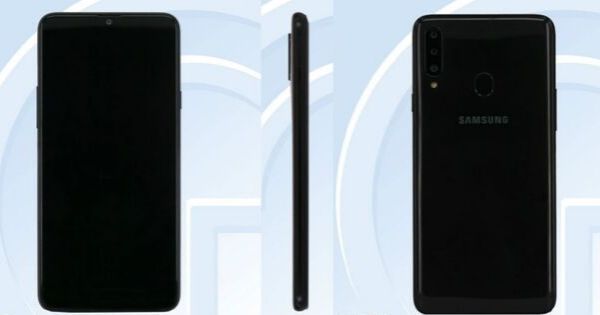 Specifications for an upcoming Samsung smartphone, the Galaxy A20s, have been confirmed thanks to a new leaked image. The leaked images shows us that the Samsung Galaxy A20s will be powered by the octa-core Snapdragon 450 processor clocked at 1.8GHz. The phone will feature a 6.5-inch LCD display with HD+ resolution and a V-shaped notch at the top. To recall, the Samsung Galaxy A20s will be a follow-up the Galaxy A20 from earlier this year and feature triple rear cameras.

The Galaxy A20s will have a 4,000mAh battery and support 15W fast charging. The Snapdragon 450 chipset will be coupled with 4GB RAM and 64GB of internal storage. The phone will also support a microSD card that can be used to add up to 512GB of additional space. A fingerprint scanner is available at the back of the phone.

The phone seems to have a gradient finish at the back and is expected to be available in at least two colour variants. We have no idea when Samsung plans on unveiling the new Galaxy A20s, but it should be soon. The company recently launched the Galaxy A50s (first impressions), and will also be releasing other phones such as Galaxy A30s, and Galaxy A70s.