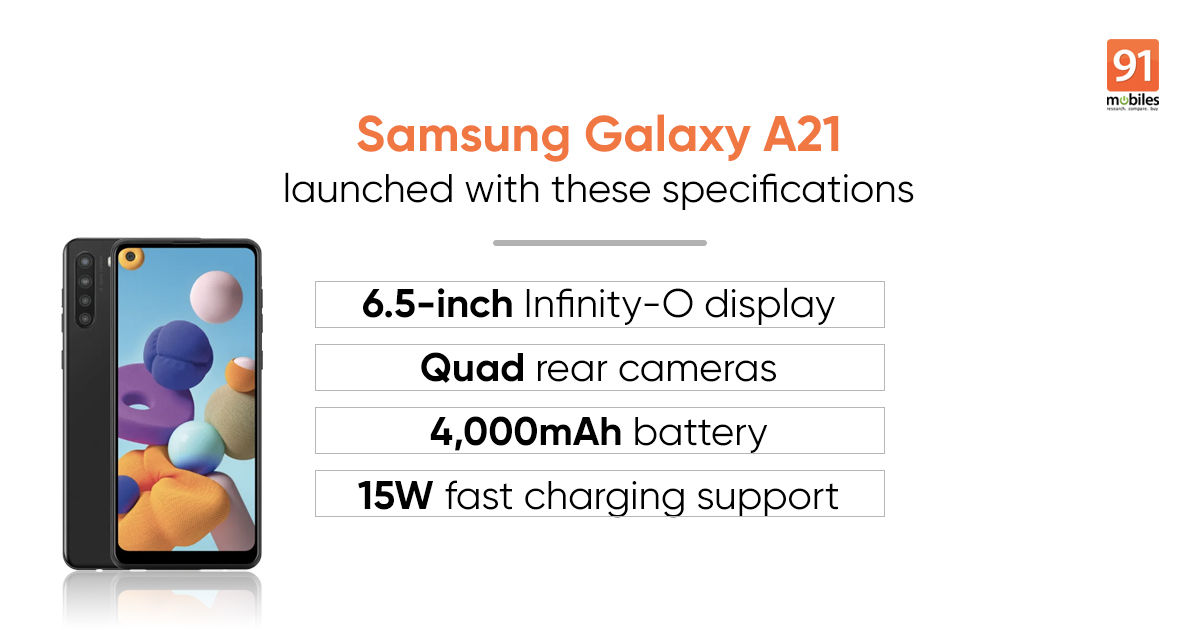 Samsung Galaxy A21 price and release

Samsung Galaxy A21 price in the US is set at $249, which roughly translates to Rs 19,000 in the Indian currency. The handset will be available for sale in the US this summer. There is no word on the Samsung Galaxy A21 India launch yet, but it may launch in the country soon with an affordable price tag.

Coming to the specifications, the Samsung Galaxy A21 sports a 6.5-inch Infinity-O HD+ display with 720p resolution and a cute out in the top left for the selfie camera. Samsung has not specified the processor yet, but it has revealed that the phone will come with 3GB RAM and 32GB storage onboard, which can be further expandable up to 512GB using a microSD card. The phone houses a 4,000mAh battery with 15W fast charging support.

Samsung has not specified the processor yet, but it has revealed that the phone will come with 3GB RAM and 32GB storage onboard.

For photography, the Samsung Galaxy A21 rocks quad rear cameras that includes a 16MP main sensor, 8MP ultra-wide sensor, 2MP macro sensor, and 2MP depth sensor. The front camera of the phone sports 13MP shooter for selfies and video calling. The phone has a rear-mounted fingerprint scanner for security. Software-wise, the Samsung Galaxy A21 will run Android 10-based One UI 2 out of the box and offer standard connectivity options.