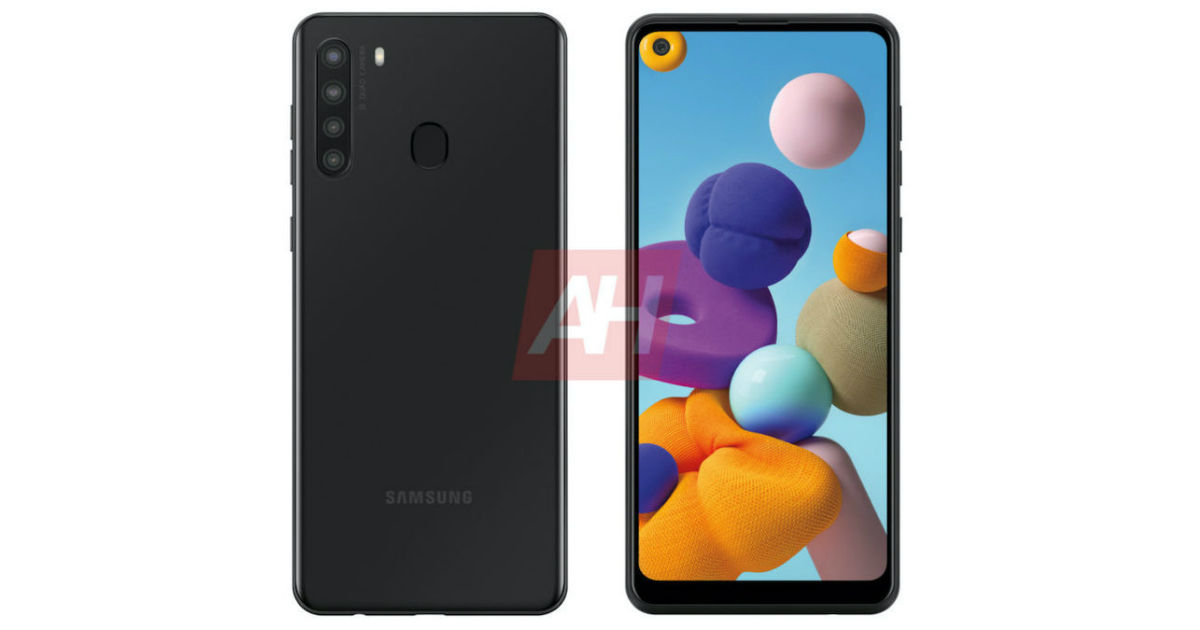 Samsung Galaxy A21 has popped up on Geekbench with some key specifications such processor, RAM and software. The smartphone has reportedly been in the works for a while now and we recently came across its render, which showed off its vertically arranged quad-camera setup, punch-hole cutout at the top left corner and a physical fingerprint sensor for security. Now, the Samsung Galaxy A21 with model number SM-A215U has been listed on Geekbench where the phone has managed to score 782 points in single-core and 3996 in the multi-core tests, respectively.

Samsung Galaxy A21 specifications mentioned on Geekbench include 3GB RAM and 2.3GHz octa-core MediaTek MT6765V processor, which is the Helio P35 SoC. The smartphone will also ship with Android 10, which is to be expected. However, the listing doesn’t reveal anything about the cameras, the display size and resolution, battery capacity, etc.

The Samsung Galaxy A21 render suggests it could come with a polycarbonate build, which is expected considering it is a low-end phone. The volume rocker and power button are on the right spine, while the USB-C port and 3.5mm audio jack could be at the bottom. The Samsung Galaxy A21 could pack a 4,000mAh battery with 15W fast-charging support and expandable storage via microSD card slot. While we don’t know the Galaxy A21 launch date yet, Samsung could announce the phone soon as it has showed up on Geekbench now.