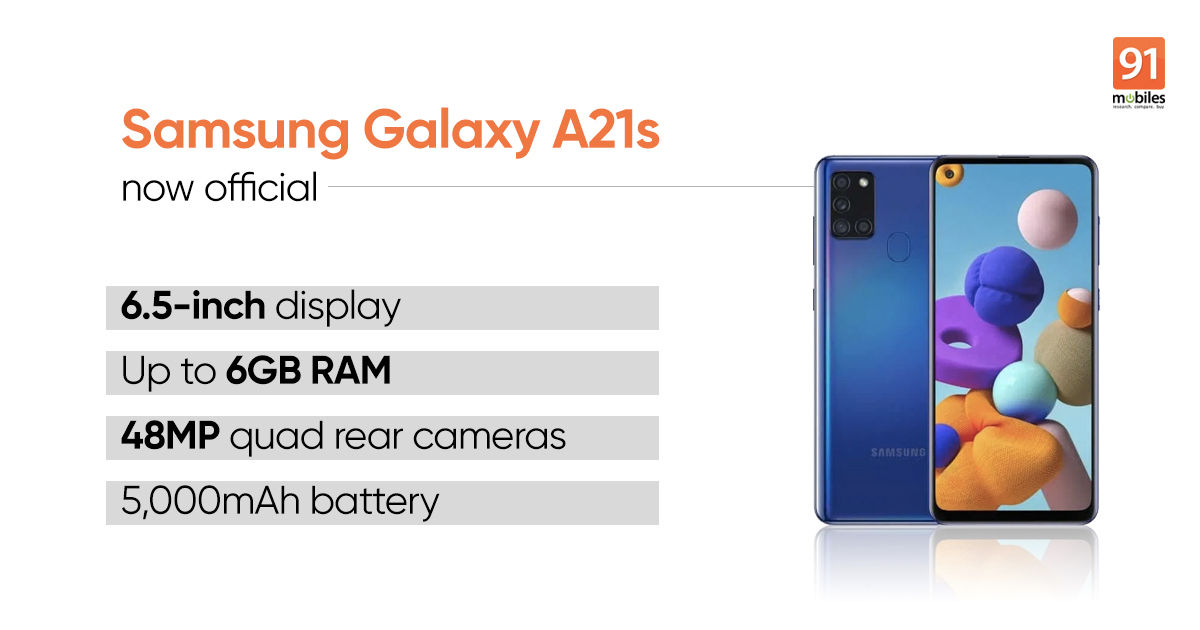 Samsung Galaxy A21s has been finally launched after numerous leaks and rumours. The smartphone comes with some major upgrades over the Galaxy A20s. The Samsung Galaxy A21s sports a punch-hole display and features a 48MP quad-cameras setup. Other key specifications include a 5,000mAh battery with 15W fast-charging support and Android 10-based OneUI 2.0. While Samsung hasn’t revealed the price and availability details yet, it has confirmed that the phone will be available in Black, White, Blue and Red colour options. 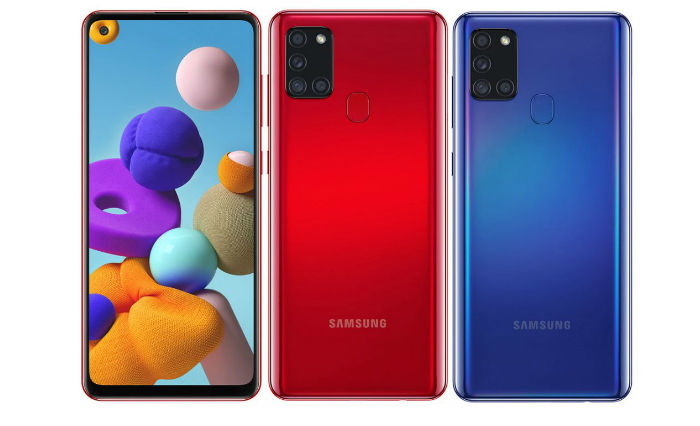 As for cameras, the Galaxy A21s features a quad-camera setup with a 48MP primary sensor, an 8MP wide-angle lens, and a 2MP depth sensor. On the front, it sports a 13MP sensor for selfies and video calling. There is a rear-mounted fingerprint sensor for security. The smartphone houses a 5,000mAh battery, which is bigger than the 4,000mAh capacity on the Galaxy A20s. It supports 15W fast charging that should be provided in the box. As mentioned earlier, the company is yet to reveal the Galaxy A21s price, release date and availability details.