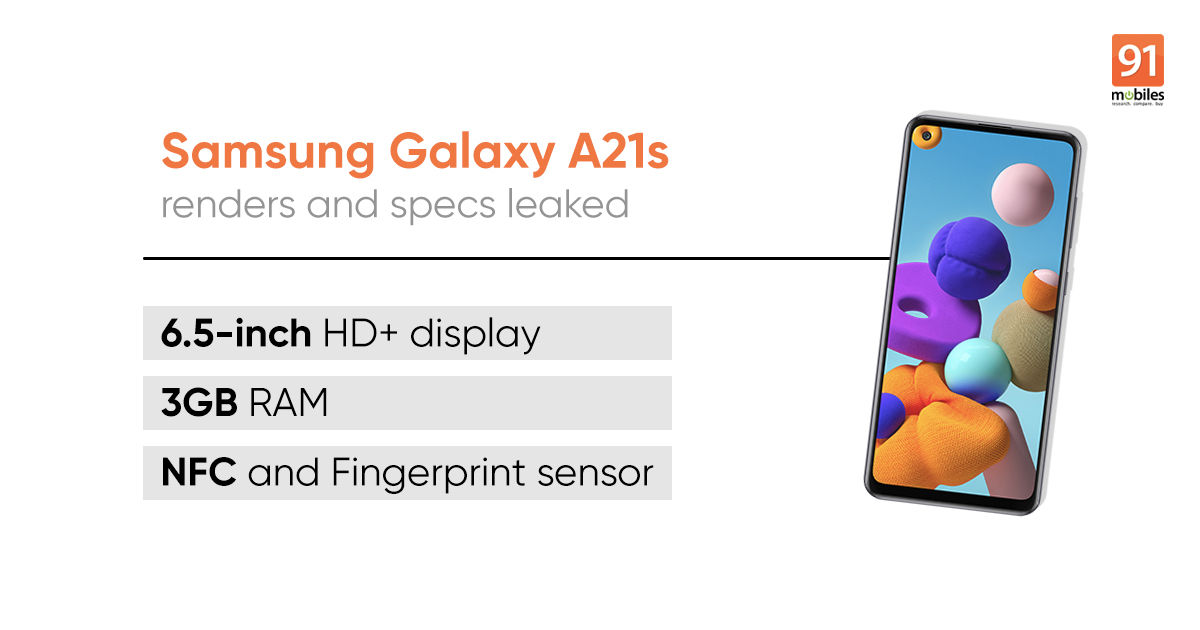 Samsung Galaxy A21s is expected to launch soon as it has been in the news quite a lot in recent times. The smartphone was recently spotted on the Google Play Console listing, revealing specifications such as Exynos 980 chipset, HD+ resolution and a punch-hole display. Now, the same Galaxy A21s render and a few more specifications have been listed on the Android Enterprise website and were spotted by tipster Sudhanshu Ambhore. The leak reaffirms the punch-hole display and also reveals other details like display size, RAM and storage options.

Talking about the Samsung Galaxy A21s specifications, the smartphone is expected to sport a 6.5-inch display with 720 x 1,600 pixels resolution. It is said to support NFC. The Exynos 980 chipset will be paired with 3GB RAM and will be offered with 32GB and 64GB internal storage options. The handset should run on Android 10 with One UI 2.0 on top. The Galaxy A21s is will likely feature a triple camera setup that includes a 48MP primary sensor, an 8MP wide-angle lens, and a 2MP sensor. On the front, it could sport a 13MP sensor for selfies and video calling. The smartphone may house a 5,000mAh battery. Connectivity features should include 4G LTE, Wi-Fi, Bluetooth 5.0, dual SIM, GPS, and microUSB port.