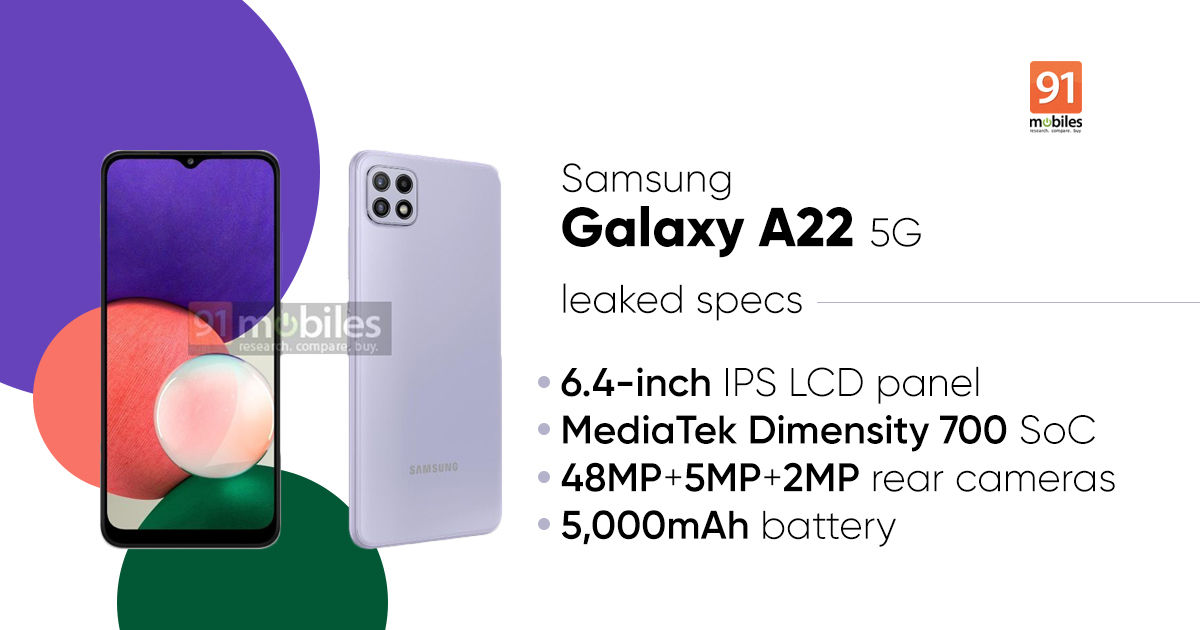 Rumour has it that the Samsung Galaxy A22 5G will come in both 4G and 5G flavours. Both smartphones should sport nearly identical hardware, with the notable exception of the chipset. The Galaxy A22 5G is expected to run MediaTek’s entry-level Dimensity 700 5G chipset. We can expect the 4G version to run a similarly-specced chipset bereft of 5G connectivity. Samsung is yet to announce the launch date of either smartphone.

Other Samsung Galaxy A55 5G specs include a 6.4-inch IPS LCD panel with a refresh rate of 60Hz, a 5,000mAh battery that supports 15W fast charging, and a side-mounted fingerprint scanner. Its triple camera array will consist of a 48MP primary sensor, a 5MP macro lens, and a 2MP depth sensor. While there is nothing inherently wrong with this hardware, the Samsung Galaxy A22 5G can, on paper, get outclassed by Realme, POCO, and Xiaomi in the low-cost 5G smartphone market.