Home Comparisons Samsung Galaxy A23 vs OnePlus Nord CE 2 Lite: which phone is... 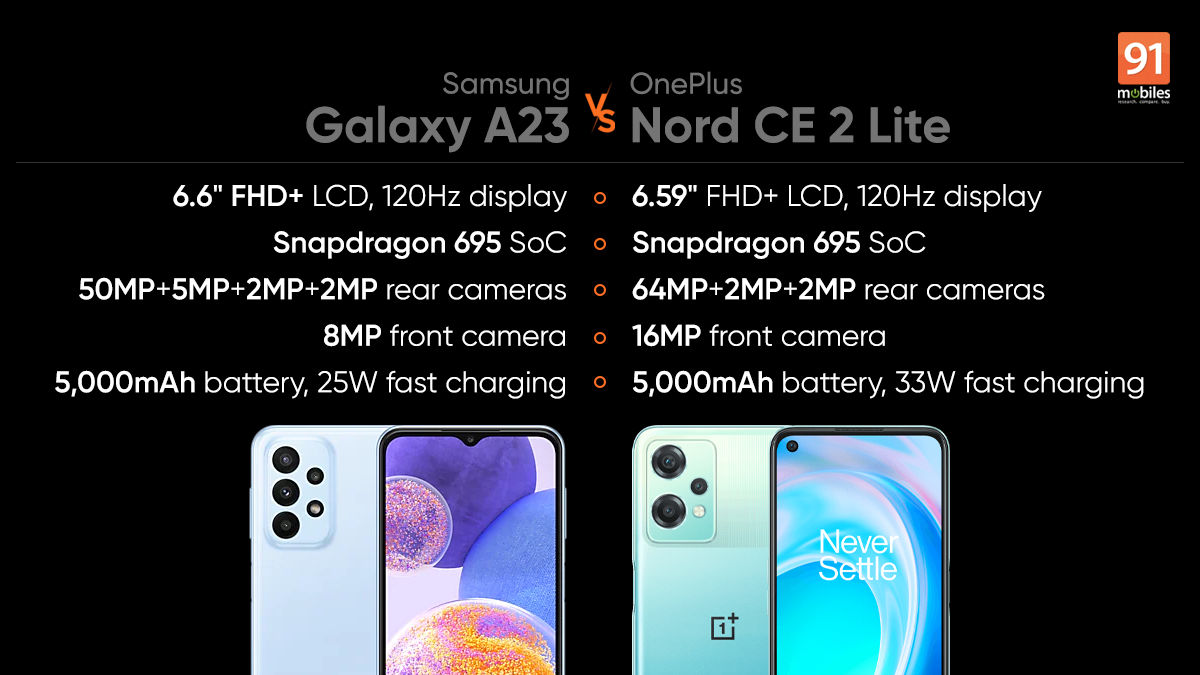 In the Indian market, the Samsung Galaxy A23 is offered in two variations, both with a fixed storage capacity of 128GB. The entry-level model has 6GB RAM and is available for purchase for Rs 22,999, while the top variant with 8GB RAM costs Rs 24,999.

Samsung Galaxy A23 features a curved unibody design, with a quad-camera array and LED flash housed on a large camera island at the rear. This smartphone is built entirely of plastic and has a curved edge that greatly improves grip. Regarding button placement, the power button, which also functions as a fingerprint sensor, is located on the right, along with the volume sliders. Only the SIM card slot is present on the left side, while the bottom has the speaker unit, a 3.5mm audio jack, a USB Type C port, and a microphone. In comparison, the OnePlus Nord CE 2 Lite features a two-tone finish on the rear and a frame that is somewhat flatter. Although the material is still plastic, OnePlus has chosen a combination of glossy and matte finishes. In addition, the Nord CE 2 Lite sports a large camera island on the back that holds a triple camera array in addition to the LED flash, with the OnePlus logo visible in the centre. In terms of the buttons, the power button, which also functions as a fingerprint scanner, is located on the right, while the volume rockers and SIM tray are situated on the left. The speaker unit, a 3.5mm audio jack, a USB Type C port, and a microphone are placed on the bottom.

The Samsung Galaxy A23 has a 6.6-inch FHD+ PLS LCD with a refresh rate of 120Hz, a screen-to-body ratio of 82 percent, and a dewdrop notch in the centre that houses the selfie camera. Here, the bezels are undoubtedly not razer thin, and the entire display assembly appears a little stale for 2023.

In comparison, the 6.59-inch FHD+ IPS LCD display on the OnePlus Nord CE 2 Lite has a refresh rate of 120Hz, a 20:9 aspect ratio, and 100 percent sRGB colour gamut compatibility. The front-facing camera is housed in a punch-hole setup on the left corner of the Nord CE 2 Lite’s panel. OnePlus too has thick bezels on the sides along with a sizeable chin.

The mid-segment Qualcomm Snapdragon 695 SoC powers both the Samsung Galaxy A23 and OnePlus Nord CE 2 Lite. This specific chip is well-known in the budget segment for providing all the necessities, such as dual 5G SIM support, without breaking the wallet. Furthermore, both phones have comparable SKUs that have either 6 or 8GB LPDDR4X RAM and 128GB of UFS2.2 internal storage with the ability to extend the capacity with a microSD card. 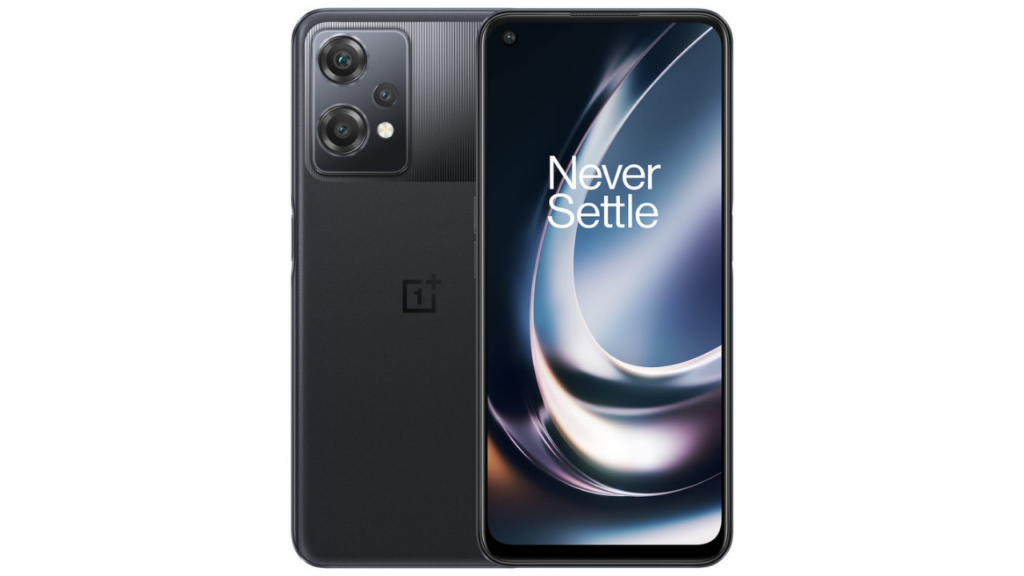 That said, both smartphones differ in terms of their software. Samsung’s OneUI custom skin is added to Android 12 to power the Galaxy A23. The Nord CE 2 Lite, on the other hand, has OnePlus’ OxygenOS custom skin on top of Android 12 out of the box. When it comes to upgrades, both phones are now receiving the most latest Android 13 OS via OTA update.

The Samsung Galaxy A23 packs a quad camera setup on the back with a 50MP main sensor, alongside a 5MP ultrawide lens, a 2MP depth sensor, and a 2MP macro shooter. Selfies on the handset are taken care of by an 8MP camera.

The OnePlus Nord CE 2 Lite, in contrast, gets a triple camera setup on the rear with a 64MP main sensor, which is assisted by an 8MP ultrawide lens and a 2MP macro sensor. There is a 16MP camera on the front for selfies and video calls.

These two phones have identical 5,000mAh batteries. The charging rates, however, are different. The OnePlus Nord CE 2 Lite has a significantly quicker 33W fast charging capability compared to the regular 25W fast charging arrangement on the Samsung Galaxy A23.