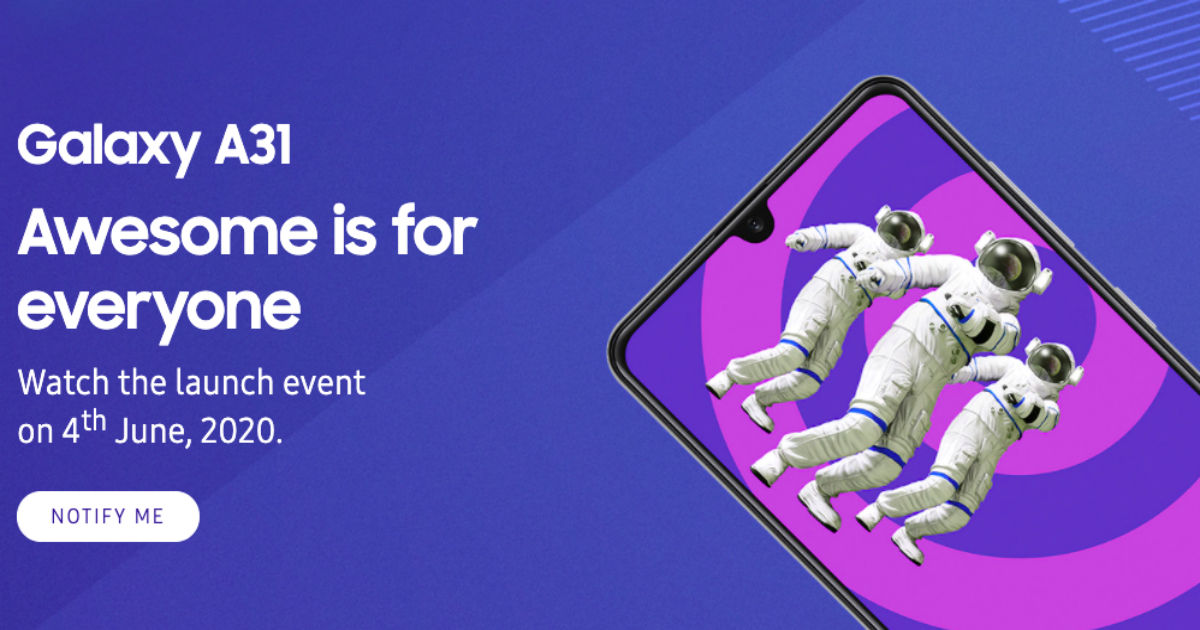 Samsung Galaxy A31 India launch is set for June 4th, as confirmed by the South Korean giant. The handset is listed on the Samsung India website with notify me button, complete design, and key specifications. The official announcement comes just days after it was reported the handset will be introduced in India in the first week of June and said it would cost Rs 23,000 for the 6GB + 128GB model, which is likely to be the only variant to launch in the country. To recall, the Samsung Galaxy A31 was introduced globally back in March 2020 and it ships with an AMOLED display, quad-camera setup and a massive 5,000mAh battery.

The Samsung Galaxy A31 packs a 6.4-inch full HD+ AMOLED display with 2,400 X 1,080 pixels resolution and a waterdrop notch for the selfie camera. It is powered by the MediaTek Helio P65 SoC, up to 6GB RAM and 128GB storage that is further expandable via microSD card. The phone boots Android 10 OS with One UI 2.0 custom skin on top and packs a 5,000mAh battery with 15W fast-charging support. 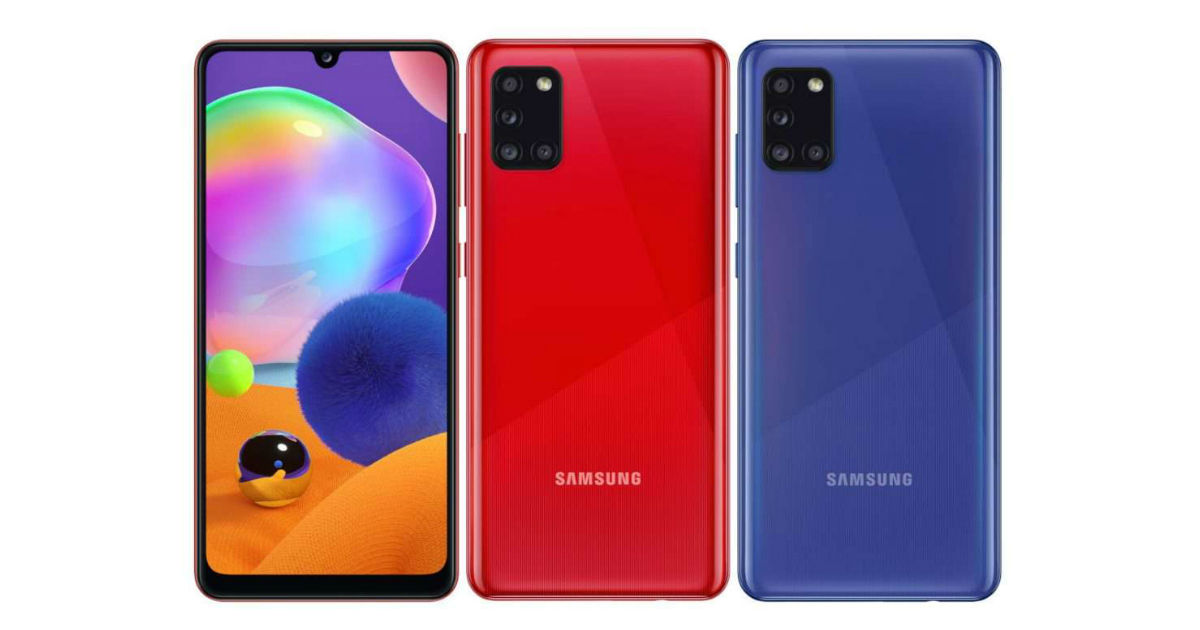 As for cameras, the Samsung Galaxy A31 features a quad-camera setup that includes a 48MP primary rear camera paired with a 5MP macro unit, an 8MP ultra-wide sensor, and a 5MP depth sensor. There is a 20MP snapper on the front for selfies and video chats. It has an in-display fingerprint sensor for security and a 3.5mm audio jack. Connectivity features include 4G LTE, dual-band Wi-Fi, Bluetooth 5.0, GPS and USB Type-C port for charging and data sync. The Galaxy A31 will be available through offline and online stores. We should know more details when it launches next week.