91mobiles.com
Home News Samsung Galaxy A31 India price leaks out ahead of launch, will be...
Highlights 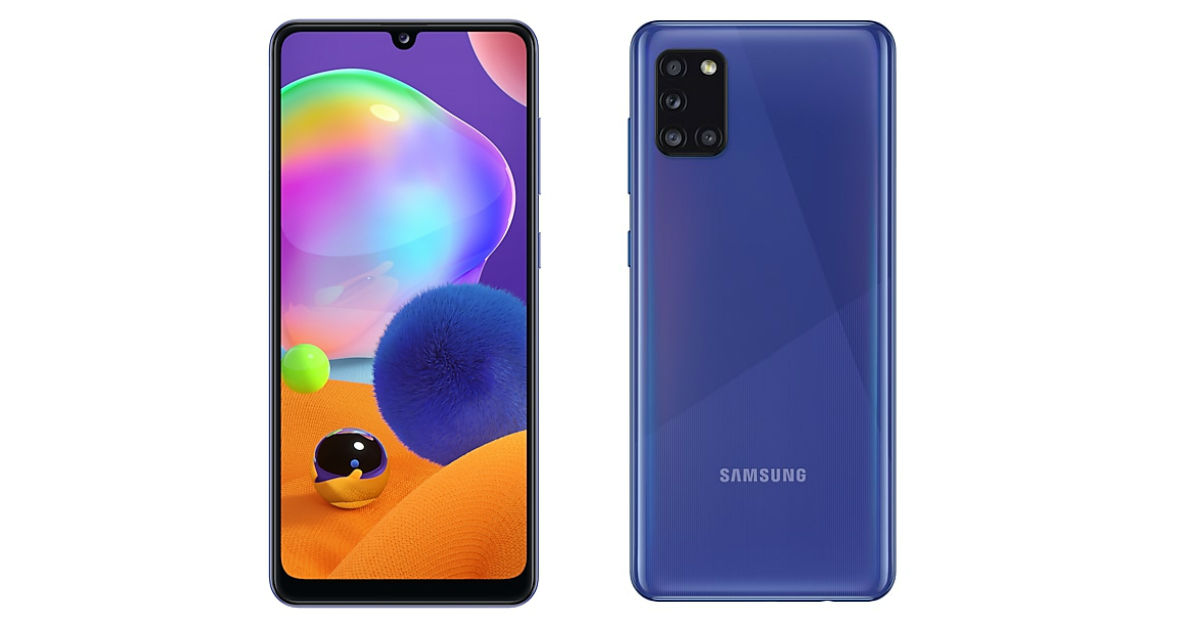 Samsung Galaxy A31 is set to launch in India today at 3PM IST. The smartphone will go on sale online through Samsung’s official website, Flipkart and offline via retail stores across India. PriceBaba has now leaked out the Samsung Galaxy A31 price in India ahead of the phone’s launch today. It seems the upcoming Samsung phone will not fall under Rs 20,000 in the country even though its predecessor, the Galaxy A30, was launched at Rs 16,990. The Galaxy A31 price is set to be higher, likely due to multiple factors such as upgraded specifications and the GST rate hike.

The Samsung Galaxy A31 features a 6.4-inch FHD+ Super AMOLED Infinity-U display, which means it comes with a waterdrop notch. The phone is powered by the MediaTek Helio P65 SoC paired with 6GB RAM and 128GB internal storage. The Galaxy A31 comes with a quad camera setup that includes a 48MP main camera, an 8MP wide-angle lens, a 5MP macro lens and a 5MP depth sensor. Up front, the smartphone is equipped with a 20MP selfie camera. It houses a 5,000mAh battery and supports 15W fast charging. Connectivity options include 4G LTE, dual-band Wi-Fi, Bluetooth 5.0, GPS and USB Type-C port for charging and data sync. The Samsung Galaxy A31 runs on Android 10-based One UI out of the box.