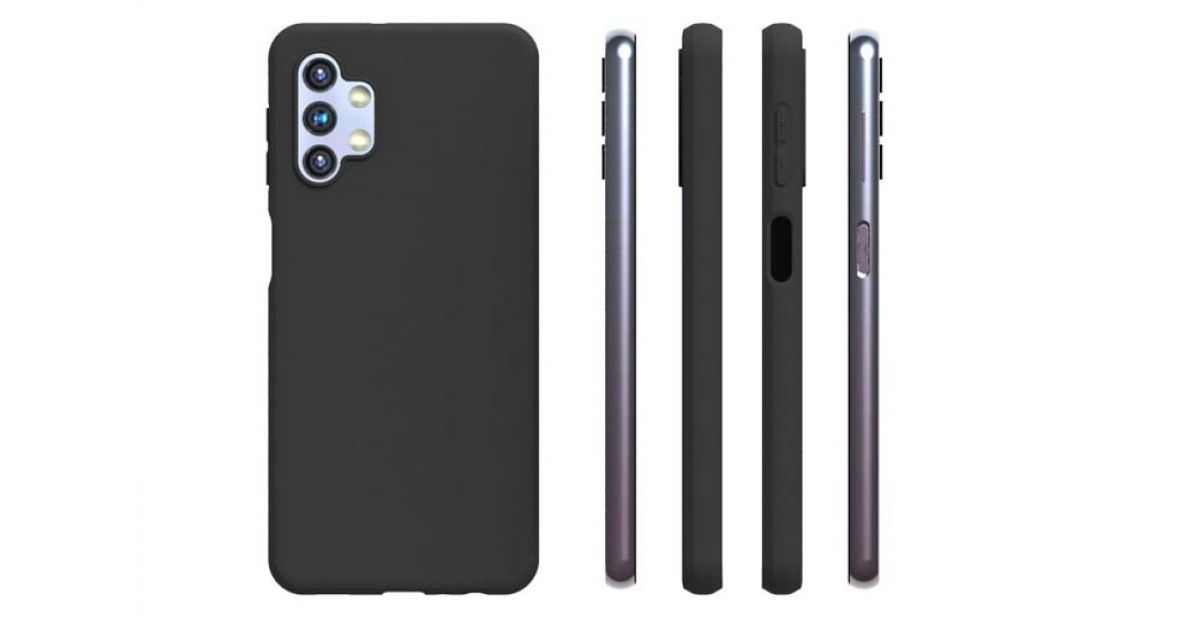 Samsung Galaxy A32 5G launch can be expected in early 2021 and it is tipped to be one of the most affordable 5G phones from the company yet. Now, alleged case renders of the Samsung Galaxy A32 5G have surfaced, giving us an idea of what to expect. While the case renders reveal the design, the actual dimensions and sizes may be slightly different from the final product. Unfortunately, the leak doesn’t reveal the Galaxy A32 5G specifications nor does it tell us the launch timeline, but we speculate it may debut in the first half of 2021 with mid-range specifications.

According to the leaked case renders, the Samsung Galaxy A32 5G has an Infinity-U display on the front with slim bezels. There’s a side-mounted fingerprint sensor for security and volume buttons on the right side of the frame. At the back, there’s a triple camera system arranged vertically and it could include a 48MP primary sensor paired with an ultra-wide sensor and a 2MP depth lens for portrait shots. The USB Type-C port, headphone jack, speaker grill, and microphone are at the bottom.

Separately, the Samsung Galaxy A02s and Galaxy A12 phones were launched recently. Both devices come with Android 10 OS, a 5,000mAh battery, a waterdrop dispaly, and 15W fast-charging support. The Galaxy A12 ships with quad cameras at the back consisting of a 48MP primary sensor, up to 128GB storage, and 6GB RAM. The Galaxy A02s, on the other hand, has triple cameras, 32GB storage, and 3GB RAM. Both the phones will be available in January/February of 2021. Samsung Galaxy A02s is priced at EUR 150 (around Rs 13,200), while the Galaxy A12 price starts at EUR 179 (around Rs 15,800).