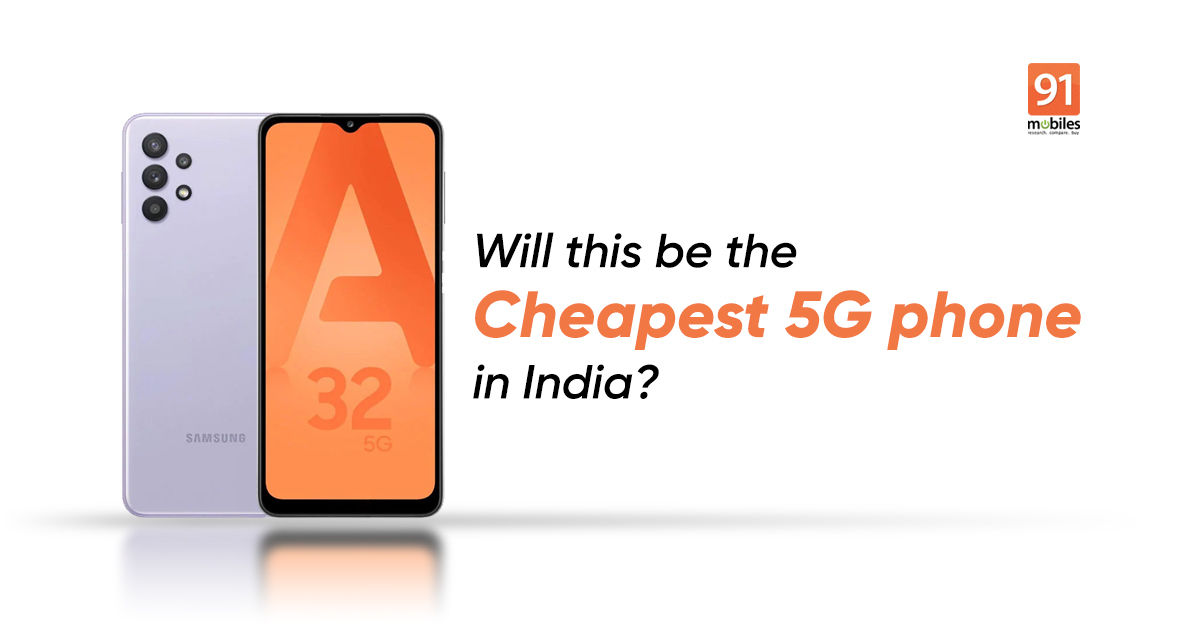 Samsung Galaxy A32 5G was launched earlier this month in Spain as the brand’s most affordable 5G-capable smartphone. Now, it seems that the phone’s India launch may not be too far away as the Samsung Galaxy A32 5G support page has gone live on the company’s official website in the country. Support page appearing on Samsung.com is usually an indicator of the phone’s impending launch in the country. It, of course, makes sense for the company to launch this smartphone in India considering the price-conscious market and the upcoming launches of Jio and Airtel 5G networks in the country. The brand presently only has 5G phones in the premium segment in India.

Samsung Galaxy A32 5G features a 6.5-inch Infinity-V display with HD+ display and is powered by the mid-range 2GHz MediaTek Dimensity 720 SoC. The phone comes with 4GB of RAM and will come in 64GB and 128GB storage variants. It obviously runs OneUI on top, but its Android version remains unknown at the moment. To talk about colour options, Samsung Galaxy A32 5G will come in Blue, Black, White, and Violet hues.

On the photography front, Samsung Galaxy A32 5G comes with a quad-rear camera setup that includes a 48MP main sensor with an f/1.8 aperture and 10x zoom, an 8MP ultra-wide-angle sensor, a 5MP macro shooter, and a 2MP depth sensor. You also get a 13MP sensor with f/2.2 aperture for selfies and video calls. Samsung Galaxy A32 5G has a massive 5000mAh battery with 15W fast charging, along with a side-mounted fingerprint sensor.

A 4G variant of the phone may be launched too along with the 5G variant.

The Samsung Galaxy A32 5G price in Spain is EUR 279 (about Rs 25,000) for the base 4GB + 64GB variant. The price of the phone’s 128GB variant is not known at the moment. The smartphone should be priced similarly in India, though it will face stiff competition from handsets by brands such as Realme, Xiaomi, Vivo, and OPPO at this price point.